Let’s hear it for my partner in crime at Speedonthewater.com and my fellow OffshoreOnly.com columnist, Matt Trulio. Without Trulio’s foresight more than a decade ago, I don’t know where my career path would have taken me. Even more so, I’m not sure where performance boat enthusiasts would turn for their industry news. 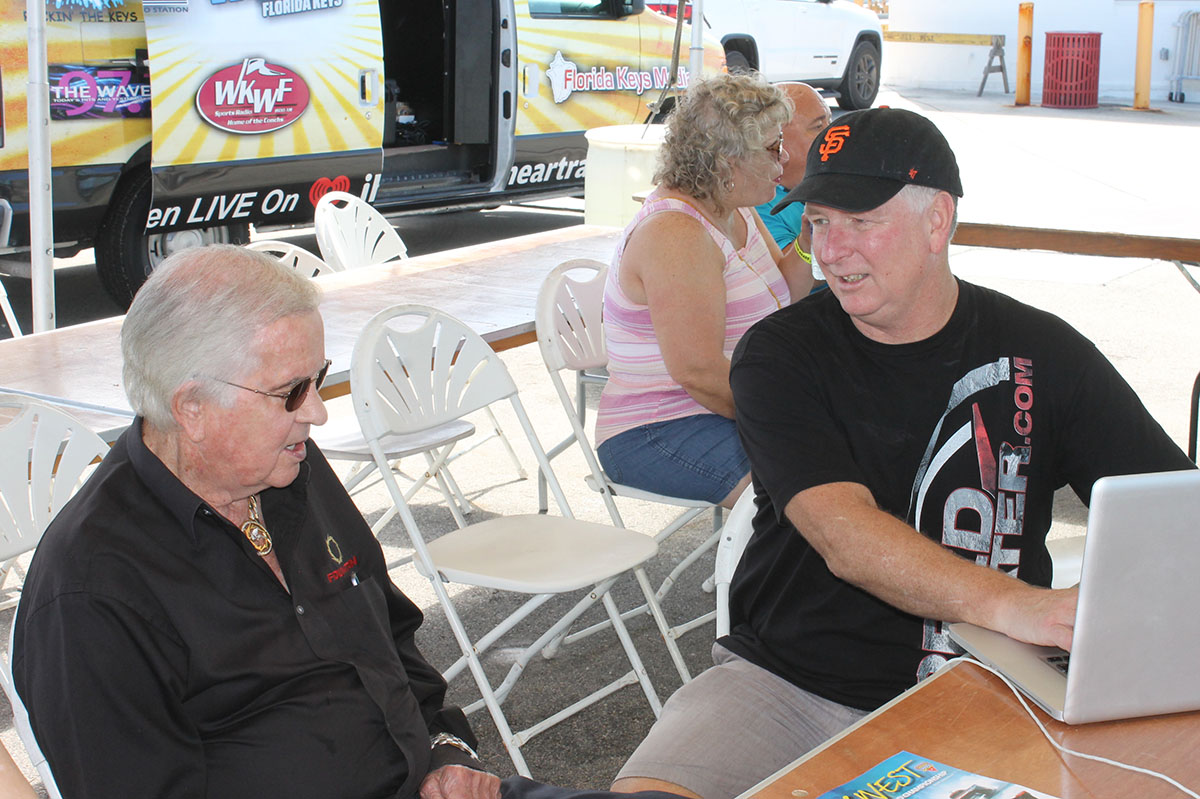 Today just so happens to be the 10th anniversary of the day Trulio set up the first article in the Speedonthewater.com content management system—About Speed on the Water. The rest, as they say, is history. Just about a year later, by the end of 2010, Trulio had published more than 250 stories, including several articles on the departure of Reggie Fountain from the legendary company he founded, not to mention highlights from the 17th and 18th annual Key West Poker Runs, the debut of Nor-Tech’s first center console, the news that Cigarette Racing Team would be collaborating with Mercedes-AMG, and the unveiling of Mercury Racing’s turbocharged 1,350-hp engine platform and its M8 drive.

By the end of 2011, he had added another 300-plus stories and, in early 2012, I partnered with Trulio in attempt to take the website to the next level. That we did, and by we, I mean Trulio with me hanging on his coattails, trying to keep up. By the end of 2012, we had added close to 500 more stories, and now, this article is No. 6,433. That’s a whole lot of words about a sport we were both introduced to through Powerboat magazine. 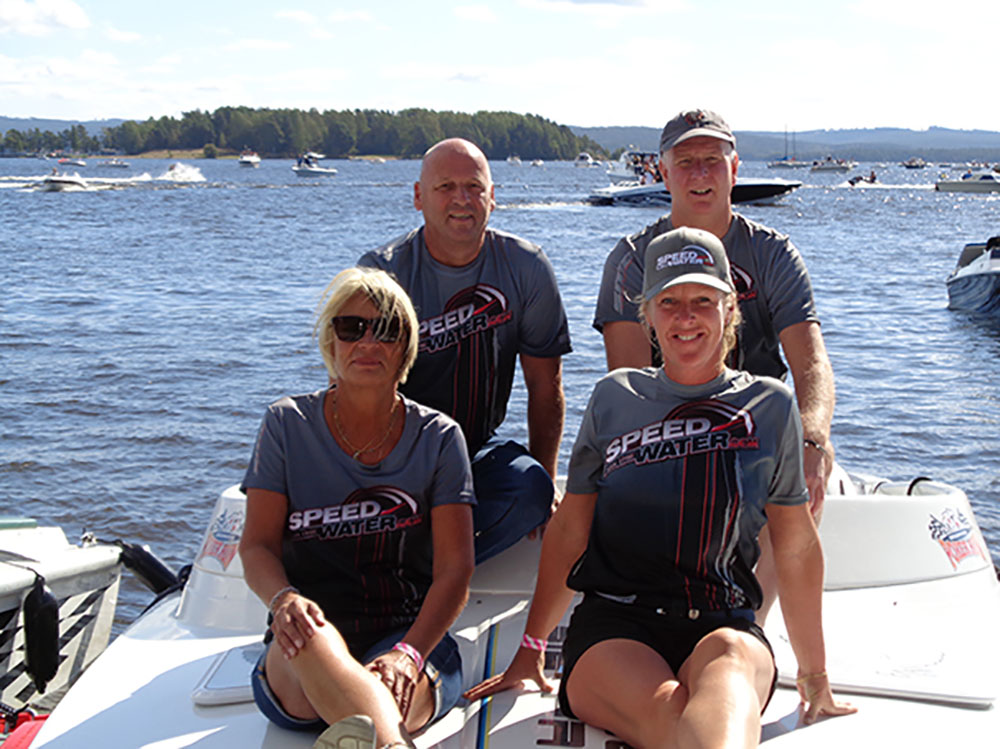 Because of a column he wrote for OffshoreOnly.com, Trulio ended up taking a life-changing trip to Sweden last year to enjoy back-to-back poker runs in the beautiful country. Photo courtesy Matt Trulio

And while what we do wouldn’t be possible—or maybe presentable is a better description—without the many photographers who have contributed to Speedonthewater.com over the years, including our chief photographer Pete Boden, Trulio has always been the man with the plan and the driving force behind the daily news platform, which has morphed into a magazine publisher with six digital issues annually and a killer print magazine we call the Year In Review.

I have to admit at one point I was worried Speedonthewater.com was getting somewhat watered down with the amount of stories we were producing. But with unlimited space—the beauty of the internet—and the amount of news that was out there to report between new products, events, races, records, people, places and more, I soon realized there was no reason to limit the articles we reported. 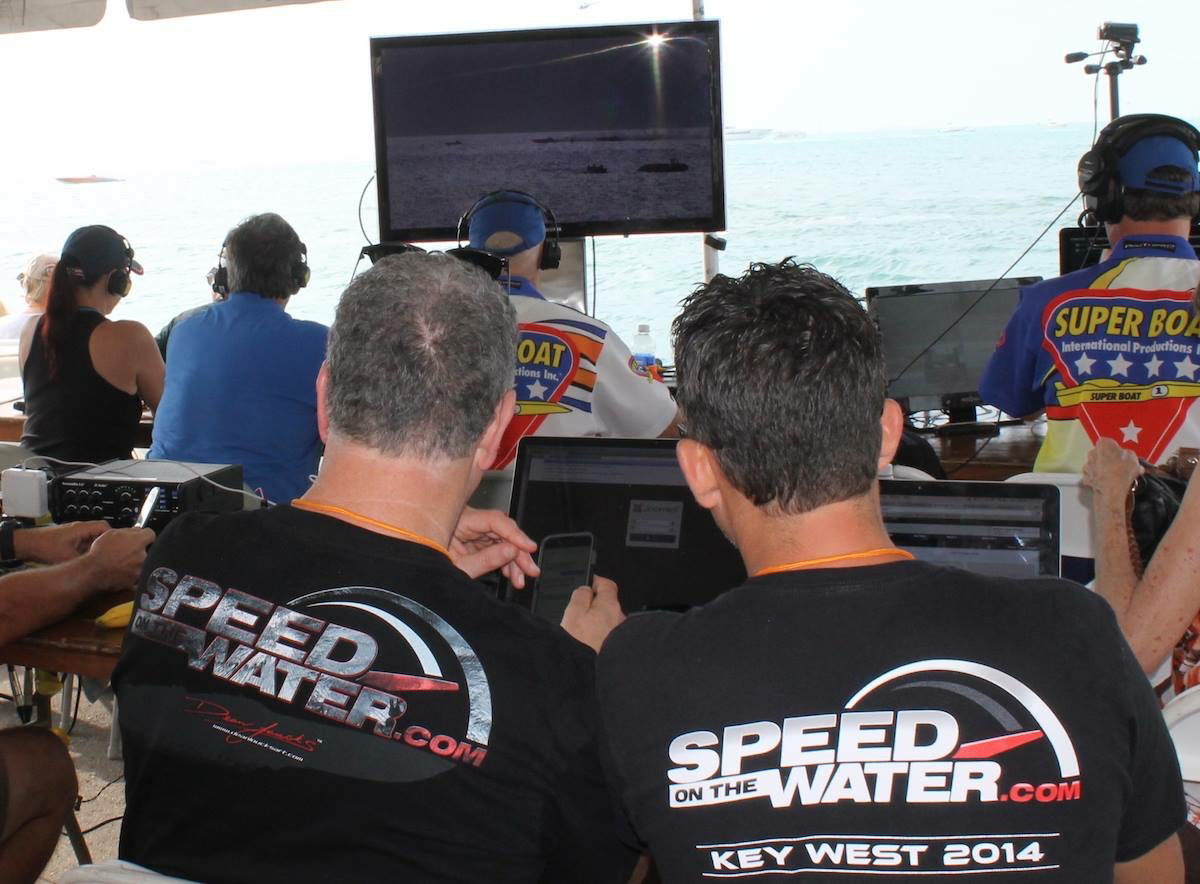 Trulio (left) and his partner in Speedonthewater.com—Jason Johnson—don’t always get to work side by side, but they cherish the days when that does happen. Photo by Ryan Johnson

Without Trulio’s driven, lead-by-example approach, I don’t know if I would have believed we could publish not just seven stories in seven days, but sometimes as many as 15 or 20 articles in a week, along with a substantial, feature-filled magazine every other month. I tend to use this cliché from time to time—in fact I did on Monday in a story I reported about the Lake of the Ozarks Shootout raising an event-best $357,000 this year—but in this case it’s true: Speedonthewater.com raised the bar to new heights when it comes to reporting on the powerboat industry.

For all of that I say thank you Matt. Thanks for inspiring me and thanks for inspiring so many of our readers, not to mention our industry colleagues. Now get back to work. We have a digital magazine on the horizon, the Key West madness coming in a couple of weeks and a 196-page drool-worthy print magazine to wrap up after that. 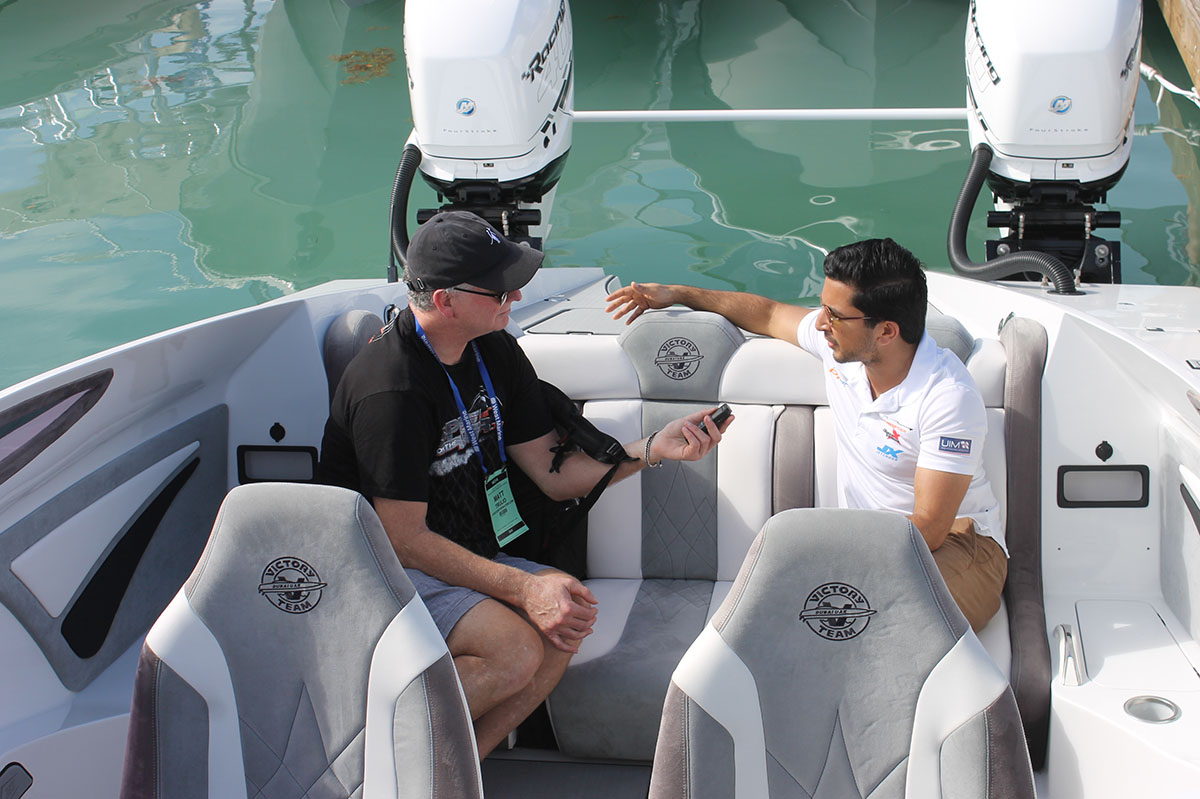 Trulio spent some time interviewing Powerboat P1’s Azam Rangoonwala during the 2019 Miami International Boat Show, an event he has covered for more than 20 years. Photo by Jason Johnson

I look forward to writing another column in 10 years celebrating the website’s 20th anniversary. But before I get too far ahead of myself, I thought we all could enjoy the stepping stones that got Speedonthewater.com to 6,000-plus articles by looking at the commentaries we’ve done each time we reached the next 1,000-story mark.