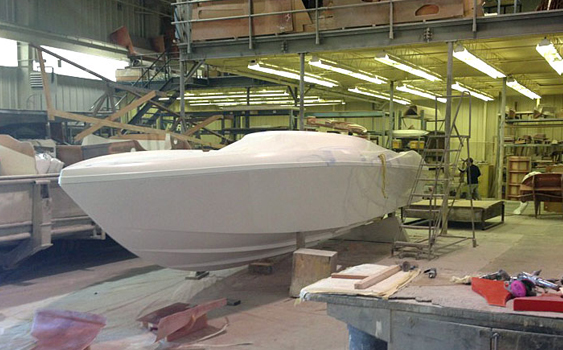 A new 29 Rockit from Hustler Powerboats was under construction at the company’s facility in Calverton, New York.

It just so happens that I was able to plan a visit to the Calverton, N.Y., production facility of Hustler Powerboats during a family trip to New York City last week. Thankful as always for the time owner Jo LoGiudice and his nephew and VP of sales and marketing, Paul LoGiudice, allotted me on Friday afternoon, I was also pleased with the timing of my visit.

Before taking in one of the last New York Mets games of the season at Citi Field with Paul, he and Joe gave me a tour of the shop and I was able to see a few boats being built, including a 29- and a 38-foot V-bottom. Not only was I there to discuss Hustler news, I also wanted to find out how things were going since Global Marine Power, Hustler’s parent company, purchased the assets to Checkmate Powerboats in Bucyrus, Ohio. It had been more than three months since the acquisition so there was probably some news to report.

Well it just so happened that the first boat under the new regime—a Pulsare 2000 BRX with a 250-horsepower Mercury OptiMax Pro XS outboard (read the story here)—was delivered to a customer in Wisconsin at the same time. So with that good news, I asked Joe to fill me in how the marriage between the two companies is going after a few months of cooperation. 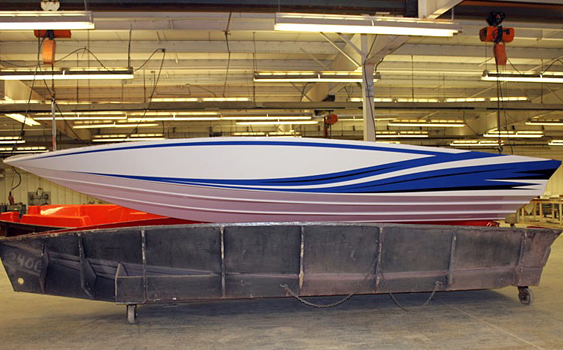 Under the ownership of Global Marine Power since July, Checkmate Powerboats is starting to ramp up production of its sportboats.

“We have some pretty talented people over there—remember that’s Baja and Checkmate roots right there,” Joe said, commenting positively on the talent in the community, which used to be the home of Baja Marine as well as Checkmate. “We’ve already brought good ideas to the table when it comes to production and they’ve come up with some nice ideas, including a few things we’re going to use on the Hustler lineup.

“I’m very happy with the Checkmate crew from the laminators to the upholstery shop to the sales team,” Joe continued, adding that all of the administration work has been shifted to the Hustler office in New York for cost effectiveness. “The people are what drive the whole thing, right? So we have to count on the people we have.”

Joe said he’s learned numerous things about smaller lake boats and how they’re priced to get someone into a high-performance boat, although not quite the level of performance he’s used to with Hustler’s offshore-driven lineup. 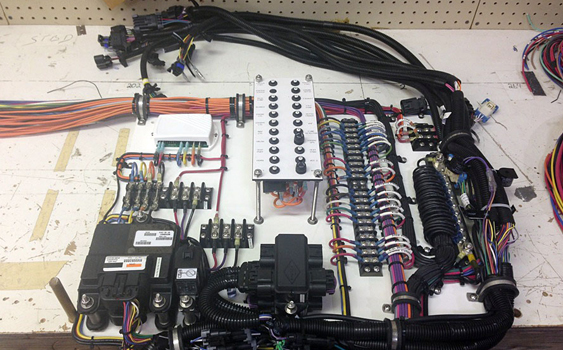 “That’s where the marriage between the two boat companies really comes together—we’ll take a customer all the way up to a 28 in the Checkmate lineup then he can swing over to our 29 or 34 from Hustler,” Joe added. “It becomes a natural progression that I think will be a plus when it comes to customer integration.”

Between the 80-plus of years of boat-building experience among the two companies and a comprehensive lineup to sell boats between 18 and 50 feet with power options from diesel engines to outboard motors to turbocharged power plants, the relationship between Checkmate and Hustler should be a long-lasting one.