You are at:Home»Industry»Catching Up with Craig Barrie 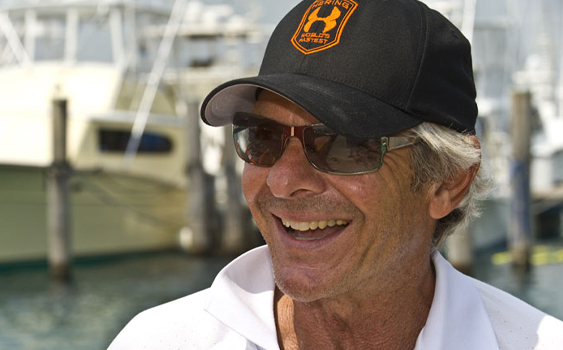 It’s been three months since Craig Barrie—one of the most recognizable faces in the industry thanks to his snazzy three-piece suits and charming smile—joined Statement Marine to help fine tune the St. Petersburg, Fla., company’s business model. While 90 days isn’t nearly enough time to judge Barrie’s effectiveness working alongside Statement principals Todd Werner and Nick Buis, I figured it was still a good time to follow up with the 64-year-old Malabar, Fla., resident and see how the transition was going.

After nearly a half hour on the phone—Barrie isn’t one to shy away from conversation—it’s clear that Statement is making the right moves to further its business. It also seems clear that Barrie, with the confidence of Werner and Buis behind him, is the man to make that happen. Here are some of the highlights from my discussion with the former world champion who is approaching 30 years in the business since joining Cigarette Racing Team in 1984.

So, Craig, what have you been up to since joining Statement?

I’ve been implementing my business plan. When I first started talking with Nick [Buis], the idea was to put a business plan together, which outlined a process to take place over the next year. With the formula or plan that I have it will be an entirely different type of company over the year. We’ll have some very nice dealers in place, we’ll have a line for how the boats get produced in place, we will have the proper amount of materials in place, we’ll have the CE certificates so the boats can be exported and we’ll have the NMMA certification properly filed and in place. These are little things that have to be put in place to make the big picture happen. 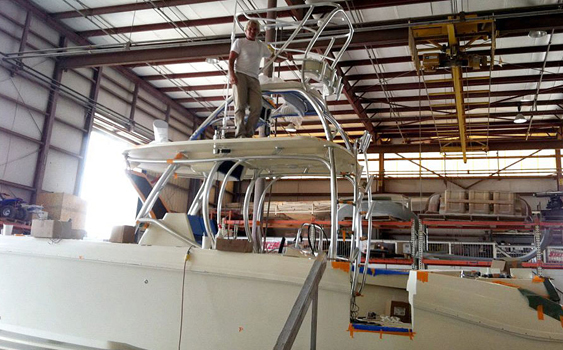 Although he’s been in and out of boat shops for the past 30 years, Barrie—pictured here on a Statement 38 SUV center console in production—isn’t one to shy away from getting his hands dirty.

Have there been many noticeable changes already?

Yes and the guys at Statement have been very receptive to everything so far. The floor is more organized in terms of production with boats in front of and behind each other now. Fortunately the production manager is Ernie Perez, who I worked with at Donzi. He knows how I work and I know how he works. He’s a great builder so I let him run with it. We’ve also added new dealers, including Aqua-Mania, BoatsDirectUSA.com, Erickson Marine, Fastboats Marine Group, Ocean Performance and Performance Boat Center. I have three dealers in Europe that are ready to go once I get the CE approval. [An acronym for the French “Conformite Europeenne,” CE markings certify that a product has met European health, safety and environmental requirements, which ensure consumer safety.]

Where do you see the most potential for the company?

There are great growth opportunities here. Up until this year, Statement was only sold domestically here in the U.S. and Canada. We’ll be CE-approved soon, and what that does is it opens up the whole world to the company. If you think about it, everything is a number of some sort. If the business stays level domestically and the growth comes from being able to export the product, it won’t take much and all of the sudden we’re at 10 or 12 more units. The face of the whole business changes when you open up the world. If you look at where I come from, Cigarette’s business was 100 percent domestic and I made it 50 percent export. Donzi’s business was two percent export and it ended up being 47 percent after I got involved. I think Statement is set up to gain global recognition. The models have a bit of European flair about them from the inside. 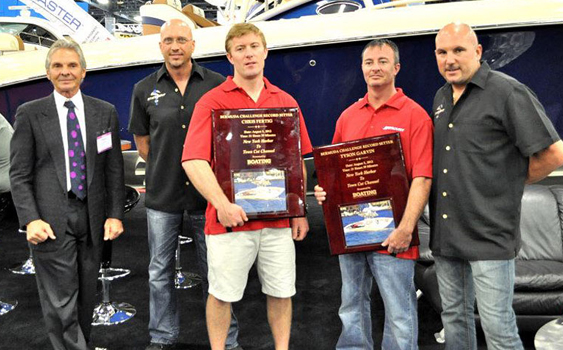 Do you guys have any special plans for the boating season?

Nick and I have been working on a list of places we’re going this year, but it’s not complete yet. There are a few poker runs we have to hit and I’d like to build a center console to run in the [Lake of the Ozarks] Shootout.

Between the events and implementing your plan, it sounds like 2013 is going to be a busy year?

I have a method to my madness. It’s a small formula that seems to always work if you pay attention to it and don’t let yourself get off track. From the catamaran, V-bottom and center console models, Statement already has a great product. They’ve worked hard to get where they are today, now it just becomes a tuning process.