You are at:Home»Industry»Checking In With BAM Marine 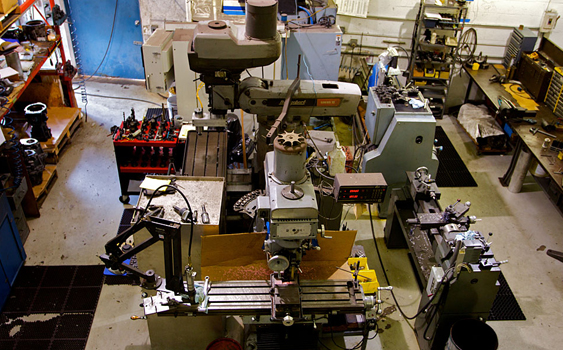 Great service, great parts and great fulfillment. Those are three things Marc Berman takes an immense amount of pride in when it comes to his business, well, make that businesses. Berman, who owns BAM Marine in Pompano Beach, Fla., has always focused on competent service since the days of keeping his Chicago-area customers happy when he owned Berman Automotive & Marine in Highland Park, Ill., in the ’70s before purchasing Apeco Marine, which he renamed Marina City Marina, in downtown Chicago in 1977.

But it wasn’t until the mid-’90s when Berman moved to Florida, founded BAM Marine of Florida and launched his first website—go-fast.com—that he realized the importance of inventory and efficient fulfillment on a global scale, something that wasn’t possible in the pre-Internet era. In 15 years, BAM Marine’s umbrella has grown to include the hugely popular MercruiserParts.com, the high-performance drive and transmission products, parts and service company CyborgTransmissions.com and his latest website, BoatStuffExpress.com, which Berman bills as an online boating mega-catalog.

“We’re really good at filling orders, which is not that easy when you have a lot of volume,” said Berman, who launched the extensive MercruiserParts.com in 2001. “We have a lot of systems in place already so it made sense that if someone was ordering an outdrive gear from us that he or she might need a lifejacket, some fenders or a bow light—things we have never offered before.” 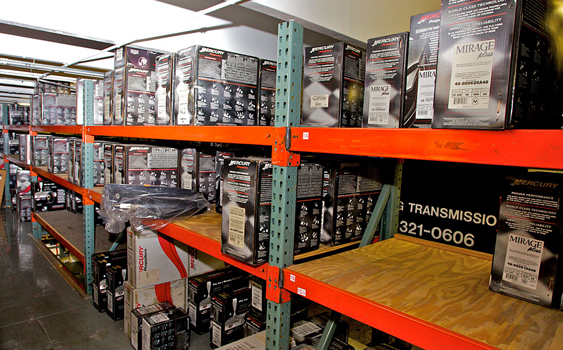 From propellers to accessories, BAM Marine stocks thousands of genuine Mercury parts, which are available for same-day shipping.

Berman’s goal was to produce a one-stop shop for marine parts and accessories, which he has done, but he’s also created more user-friendly features from the shopping cart and wish list to the searchable database and a quick order form. The site even has an almost-real-time availability for its inventory.

“I keep adding products to BoatStuffExpress.com and will continue to do so,” explained Berman, who said that he’s working on a section of the site called Marc’s Attic, which will feature the more hard-to-find, loose-end-type boat parts that he’s collected over the years. “This new site is so much easier to maintain than the existing site I wrote in 2001. Although I’m hesitant to make any changes to MercruiserParts.com since it’s been working for so long, I think I’ll eventually switch it over.”

Berman said there’s already some connectivity between the two sites, including previous account information carrying over from MercruiserParts.com to BoatStuffExpress.com so current customers don’t have to go through the sign-up process. He’s also quick to point out that stocking the warehouse with inventory and selling the equipment online isn’t his only business. Along with developing and building high-performance transmissions, BAM Marine also has a fully equipped fabrication and drive shop with experienced (and Mercury certified) technicians. 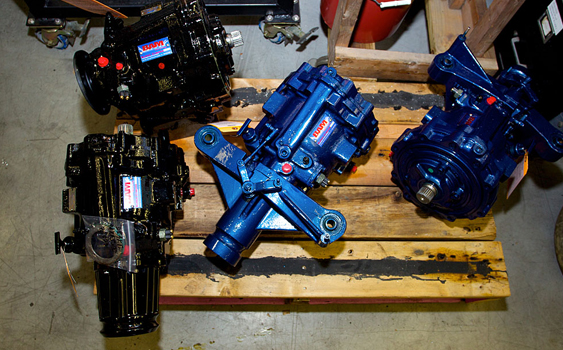 BAM Marine offers a transmission model for everything from a 16-foot ski boat to a turbocharged offshore race boat.

In fact, Berman, who said BAM Marine receives outdrives for repair from all over the world, plans to put more effort into promoting some of the shop’s other services. But don’t expect BAM Marine to dive back into the engine-building business like it did in the ’80s and ’90s, the focus remains on what it does best—selling and servicing transmissions and genuine Mercury parts as well as fulfilling orders for a variety of products.

“We have competition today that we didn’t have when we first started,” Berman said. “But the knowledge we’ve gained from being online for as long as we have is invaluable. We have a good idea of what to stock and how to get stuff packaged properly and out the door quickly. We have a huge inventory and that’s why more than two-thirds of our orders ship out on the same day.”

All photos by Tim Sharkey of Sharkey-Images.com.