You are at:Home»Industry»Checking In With Jim Hering of Hering Propellers 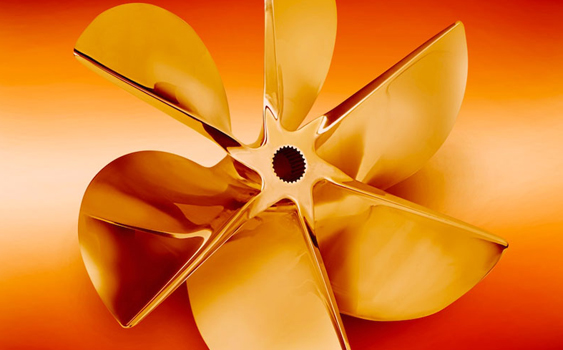 Under the leadership of Jim Hering, Hering Propellers is widely known as the go-to company for high-performance offshore propellers.

A few years ago, Jim Hering most likely did not see himself back at the helm of Hering Propellers, the company his father, Bob, founded nearly 30 years ago. Yet that’s exactly where Hering is after buying back the Marysville, Wash., company from private investor Eric Hamann, who purchased the business in 2007.

Since returning to the propeller shop a little more than a year ago, Hering has gone through a bit of a transition period getting reacquainted with the boat business. From the overall economic dip to the focus on the center console market, a lot changed in the four-plus years Hering was away.

“I’ve been back 18 months now and things are going well,” Hering explained. “Sales are pretty good. I can’t say we’ve really seen an increase in sales, but they’re holding steady. We’re just getting through our busy season so we’ve been focused on meeting as many deliveries as possible.

“From an equipment standpoint, we have plenty of machines and can fill most orders in a two- to three-week time frame,” he continued. “From a production standpoint, my focus has been on increasing the quality and the efficiency of our operation.”

While Hering said concentration is still on the core product—high-performance propellers—he pointed out that the company has, by necessity, been expanding into the center console/outboard engine side of the business. In fact, he’s been working closely with Seven Marine on propeller designs for the company’s powerful 557 engines since standard outboard props have been unable to handle the amount of torque and acceleration the engines produce. 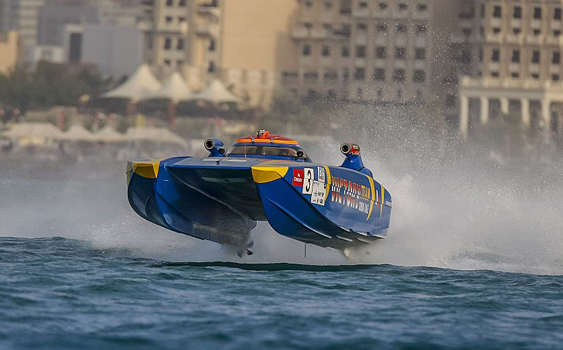 Earlier this year Hering Propellers entered into an agreement with Class 1 to become the exclusive supplier of propellers for the Class 1 World Powerboat Championship beginning in 2014.

“Our core business will always be performance boats, but we’ve been doing a lot more with outboard-powered cats and center consoles,” Hering said. “We’ve had to broaden our market to stay busier. Actually we’ve got a pretty big opportunity to pursue some more pleasure markets in Europe, Asia and even Australia. We’ve never really concentrated [on the international market], but if we want to grow the company we need to keep looking elsewhere.”

One of the opportunities Hering is excited about is the partnership with the UIM Class 1 World Powerboat Championship. Starting in 2014, the company will be the offshore racing organization’s exclusive supplier of the five-blade cast-version propellers that the teams are required to use. The production numbers associated with the deal are not huge, but the chance to reach new markets and new customers is definitely attractive. 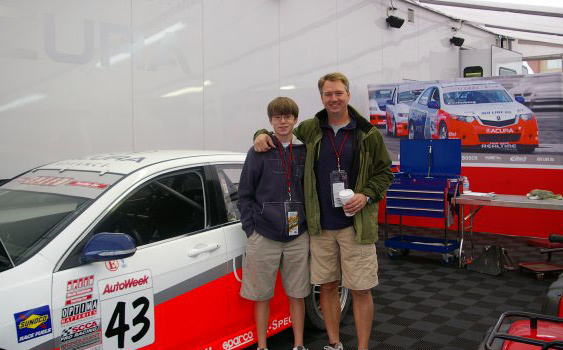 Pictured with his son, Tyler, Jim Hering has a renewed interest in the propeller business since buying Hering Propellers back about a year and half ago.

Another opportunity Hering sees in the immediate future is the offshore propeller market as many boat owners see the warranty expire on their turbocharged Mercury Racing 1100 or 1350 engine packages.

“Five years ago our main customers were OEM builders—Fountain was our biggest customer by far,” Hering said. “As everyone knows there’s been a downturn in OEM supply so that’s hurt us. Combine that with Mercury doing a really good job with its new engines, which in turn have made it easier to sell propellers with the whole package, and we’ve seen an even larger downturn in OEM sales. As we’ve already seen though, people who are replacing or who have damaged their propellers are coming to us for their next set. We’re definitely getting that business.”

Although he’s guarded with the details, Hering said the company plans to improve its OEM sales while continuing to produce and develop a variety of quality propellers for the end-user. From the sound of things, Hering seems to be pleased with the company’s progress since he returned to the family business.