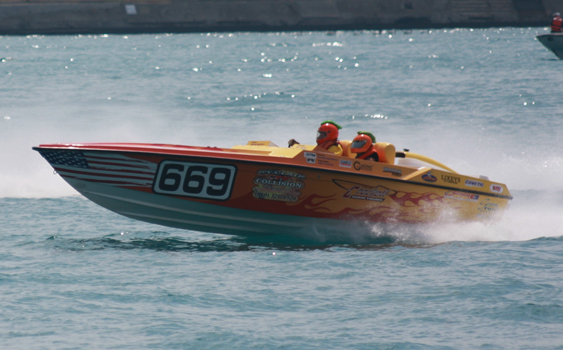 If all goes to plan, Tyler Crockett’s 26-foot Joker V-bottom will be powered by a 2,000-hp engine for the 2014 Lake of the Ozarks Shootout.

Can you imagine putting a 2,000-hp engine in a 26-footer and running it for top speed on a liquid-mile course? I confess, I can’t—and don’t even want to. But then, I am not the engine-building dynamo, offshore racer and boundless ball of energy that is Tyler Crocket, the namesake and of Crockett Marine Engines  in Ruby, Mich. If all goes to the 51-year-old Crockett’s plan, a 2,000-hp supercharged engine of his own making will go into his 26-foot-long Joker V-bottom for the 2014 Shootout. 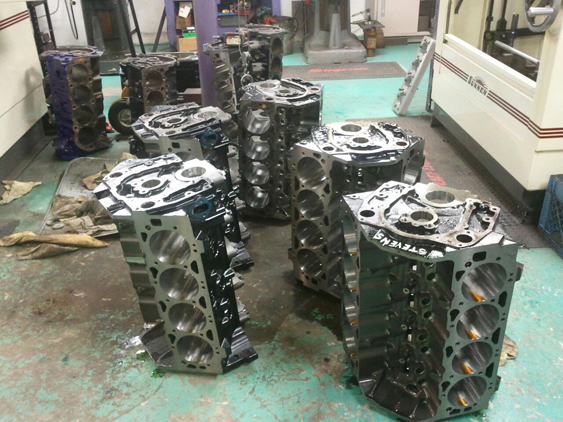 “Tyler is not scared—he’s a little wild,” said Wayne Schaldenbrand, of Sunsation Boats, which has worked with Crockett Marine Engines on a number of projects during the years. “He knows the exotic engine stuff, but he also understands the real basics. Guys like him are kind of few and far between.”

Crockett, who started building engines when he was 15 years old, has been in business for 33 years. In that time, he’s ridden out the best and worst of times in the industry by providing not just his own engine line from 500 to 1,400 hp and beyond, but by offering his own “upgrade package” rebuilds for out-of-warranty MerCruiser and Mercury Racing engines. Crockett also offers machining, rigging and controller remapping as well as his own complete—and recently upgraded with the latest software—dynamometer testing program. 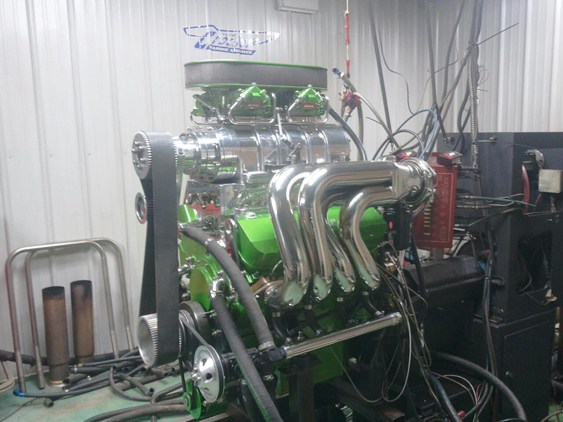 “This has probably been our busiest winter ever,” said Crockett. “I think we had 28 sets of engines to build.

“Right now, we’re refreshing a bunch of offshore race engines and getting them ready for the season,” he continued. “We have a 35-foot Cigarette we’re repowering with 1,000-hp blower engines with IMCO SCX drives. We took out its 500-hp carb motors. We have two 36-foot Nor-Tech cats here. One is getting 1,200-hp engines, the other is getting 1,400 hp.”

Crockett said that in the near future he may be doing some collaborative work with Frank McComas, formerly of Scorpion Racing Engines, which recently was purchased by Ilmor Marine. Crockett said that he and McComas have worked on projects together “here and there” before.

“I am leaving for Florida next week so when I get back Frank and I are going to meet here,” he said. “I have worked with Frank a few times over the past few years.” 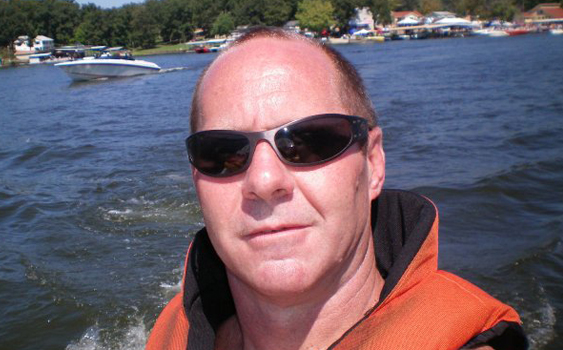 In business for the 33 years, Tyler Crockett has been building engines since he was 15 years old.

Next fall, Crockett plans to tackle creating an upgrade package for out-of-warranty MerCruiser 496 Mag and 496 Mag HO engines, something that will take them from their standard 375- and 425-hp dress to approximately 550 hp. He said that the growing number of those 8.1-litre engines no longer covered by warranties is enough to justify developing a rebuild kit for them, and that no one currently is filling that need.

“I will be playing with that next fall through winter,” he said. “I want to come up with a package for the 496 with Dart iron heads, a new cam, roller rocker arms and a reprogrammed Motorola controller. We’ve done a lot of those engines with MEFI wiring harnesses.”

But before then, he has to finish all the work in front of him. In addition to building and installing his own engines, that work currently includes a number of Mercury 525 EFI  engine-upgrades. Crockett said he can get the engines to produce more than 600 hp and still be in compliance with Super Boat International technical rules for the single-engine Superboat Vee class.

Once the season starts and his offshore-racing engine work slows down, Crockett can start focusing on getting his 26-foot Joker ready for the Shootout. With 2,000 hp under the hatch, it should be quite a ride.