You are at:Home»Industry»Eliminator Trending Upward

Not even 18 months after Eliminator Boats’ new ownership group, RevLine LLC, took possession of the legendary Southern California powerboat company, it appears like the regime has plenty of things going in the right direction. 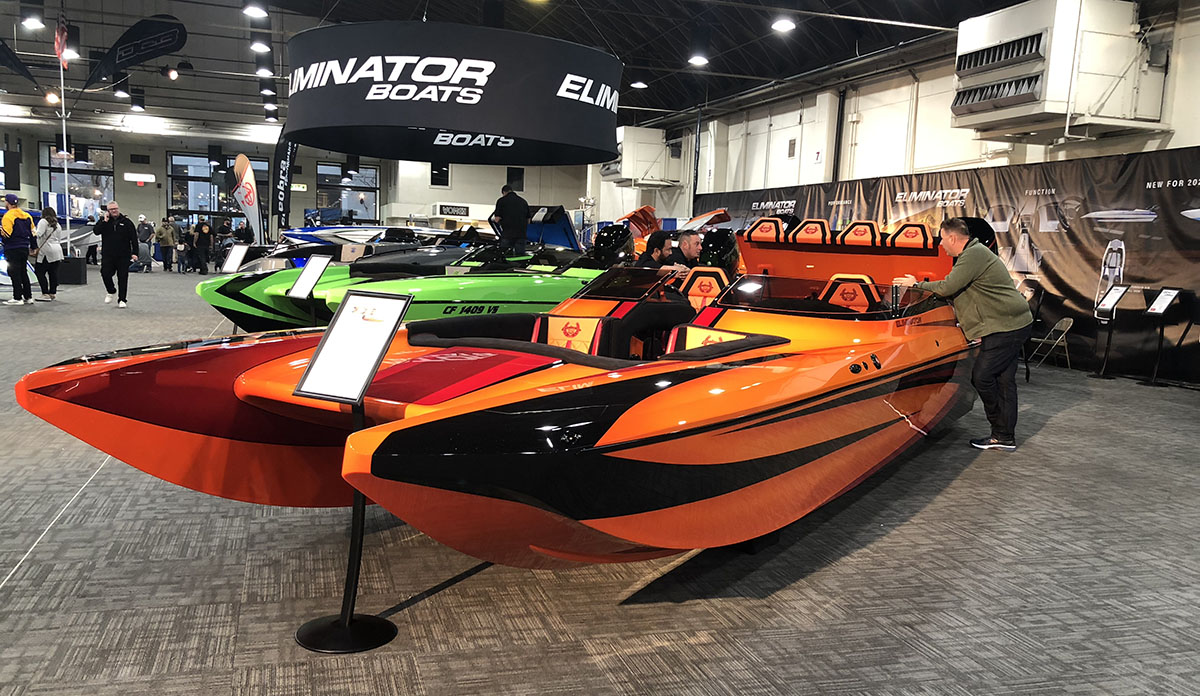 Along with a cluster of new boat deliveries, which consisted mainly of the company’s popular Speedster catamarans and Fun Deck models, Eliminator celebrated its 50th year in business in 2019 and even hosted a spectacular 50th Anniversary Party at Pirate Cove Resort in May. And then, to start its next 50 years on a positive note, Eliminator put together an impressive display of boats for January’s Los Angeles Boat Show in Pomona Calif., that consisted of a trio of outboard-powered sport cats, a stern-drive-powered deck boat and a radical 36 Speedster powered by a pair of Mercury Racing 1350 engines and M8 drives.

And that was only the beginning as Eliminator has several model updates planned plus an all-new 30-foot Speedster catamaran that is going to be available with both outboard and inboard power and a new Fun Deck that also is being designed with two different decks to accommodate inboard and outboard power packages. 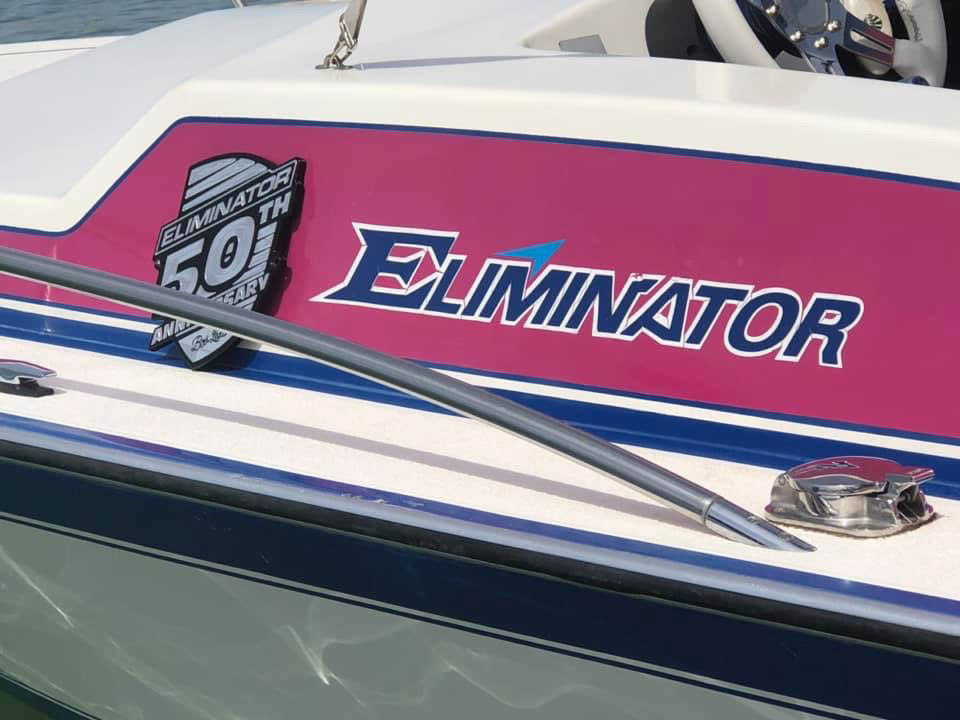 Taking into account everything in the works combined with Eliminator president Jake Fraleigh’s positive attitude, personnel updates and willingness to listen to the company’s customers, I spent some time interviewing Fraleigh and a couple of other people for a feature article in the upcoming Speed On The Water digital magazine. And here’s some of what Fraleigh had to say about his goals for the business.

“In order to keep the ball rolling, we feel like we need to reach the next generation of buyers,” Fraleigh said. “That’s a challenge that we face just like the rest of the industry, but if we can be smart with boat design, overall function and, most of all, provide an excellent value, there’s no reason we can’t pull that off. We’re focused on listening to our customers and making sure that we put quality, functionality and lifestyle on the same level of importance as performance.

“Don’t get me wrong, performance is important—the same goes for aesthetics and attention to detail—but the next crop of buyers has a different perspective that we’re starting to get a handle on,” he continued. “A huge priority of ours is showcasing the community and family aspect of boating and being an Eliminator owner. That’s the reason we are bringing back our regatta this year, which is going to be the same format as last year’s 50th anniversary party and taking place May 15-16, and it’s the reason we host our open house barbecues, which are great ways to say thank you to our current customers and show potential buyers what the brand and the Eliminator lifestyle is all about.” 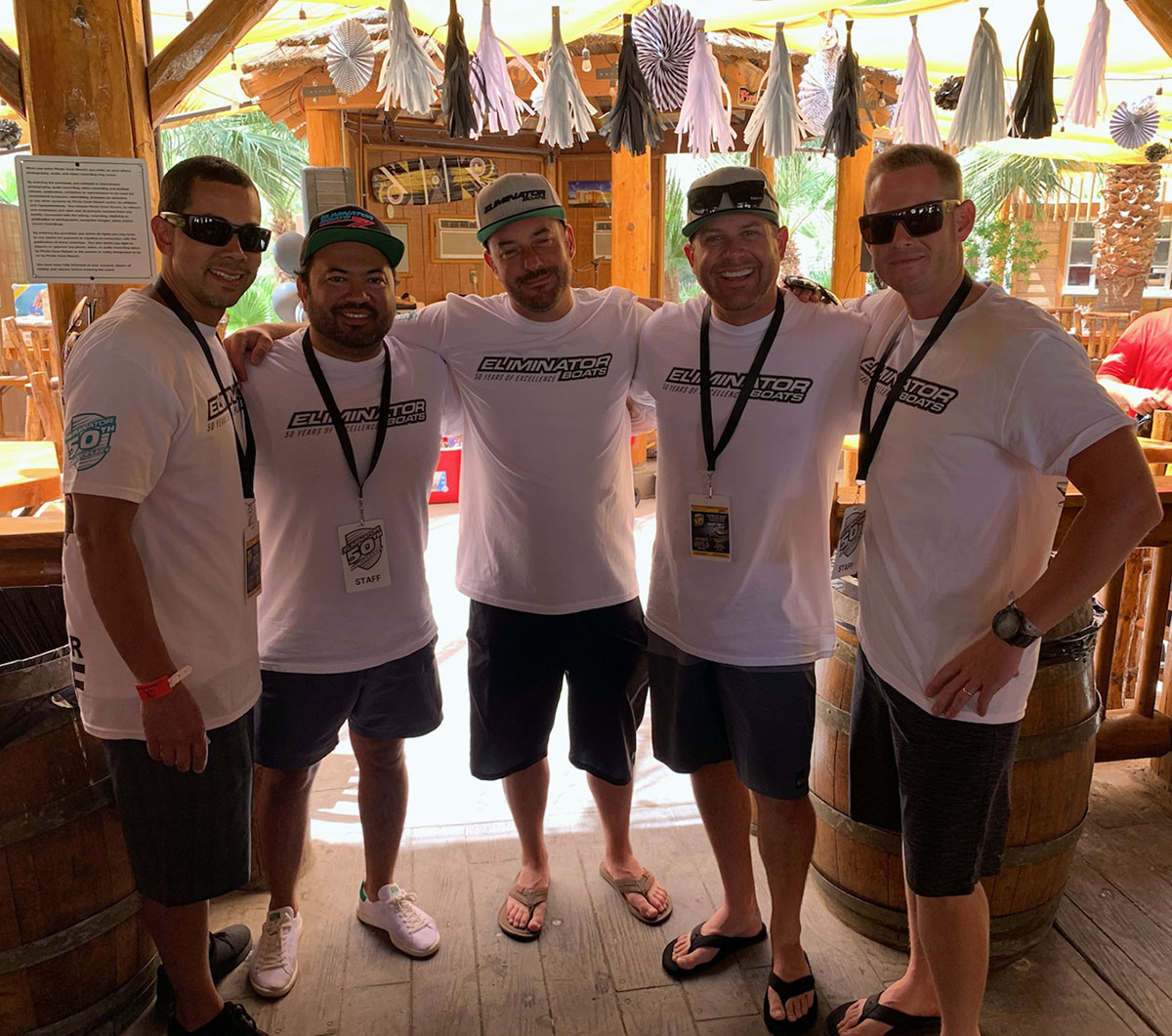 According to company president Jake Fraleigh, center, the team at Eliminator is better than ever. Photo courtesy Eliminator Boats

Fraleigh added that he is planning to expand the Eliminator footprint across the country over the next couple of years to recapitalize on markets such as the Midwest, East Coast and Southeast that Eliminator was proud to have a rock-solid presence in many years ago.

“We have a lot of big things going on here—we’re very excited about the future,” he said. “Eliminator is oozing with potential. We have an incredible team of people with a lot of great skill sets and we have such a great fan base.”

Editor’s note: To read more about Eliminator’s future, be sure to check out the upcoming Speed On The Water digital magazine going live in two weeks.