You are at:Home»Awesome»Name On The Line 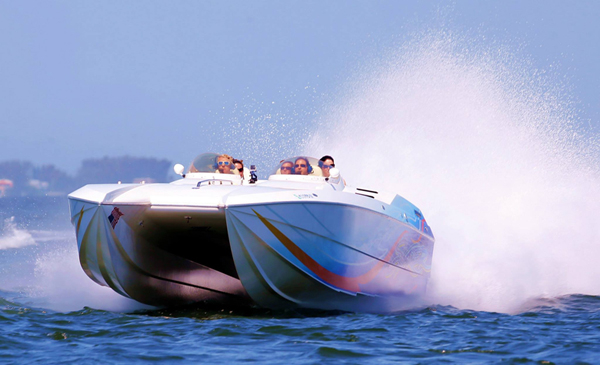 Asked the secret of his success in the high-performance powerboat rigging game, Grant Bruggemann didn’t have to think long before offering a simple answer.

“The number one thing I try to do is under-promise and over-deliver,” said the 46-year-old owner and founder of Grant’s Signature Racing in Bradenton, Fla. “Make sure the client is happy, and make sure you deliver on time.”

“And when people call, answer your phones,” he added. “Someone once told me, ‘The most important nut in the boat is every nut in the boat.’ That’s true. We do everything from full-blown raceboats to outboard fishing center consoles, and me make sure we do high-quality work — and we check behind our work. There are no cookie-cutter boats. Everything we do is totally custom.”

Among the more recent custom projects for Bruggemann was the dial-in of a Skater 478 V-bottom, which he had since winterized in advance of its return to the Skater plant in Douglas, Mich. In the past year alone, he handled the high-profile setup of a 32-foot Doug Wright catamaran with twin Mercury Racing Verado 400R outboard engines, the repower/setup of 36-foot Skater with Mercury Racing 700 SCi engines and more. At present, Bruggemann is handling the installation and setup of Skater 368 with twin Mercury Racing Verado ROS (Race Offshore) outboards. 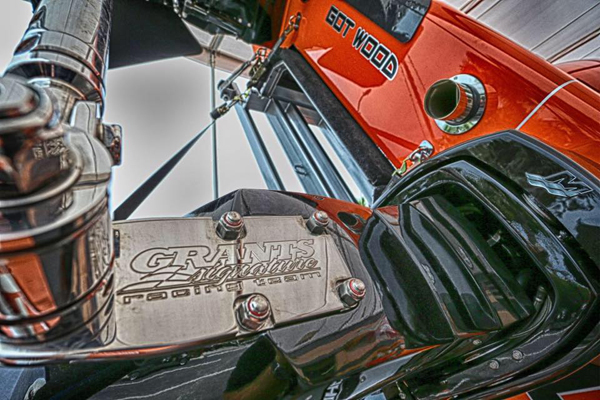 “Grant is extremely qualified in the setup of high-performance boats,” said Mike Griffiths, who routinely works with Bruggemann on setup projects such as the Skater 478. “He’s a stand-up guy — I have nothing but good things to say about him. He’s honest. He does what he says he’s going to do. And he listens.”

Offshore racing fans, of course, know Bruggemann as the throttleman and manager for the STIHL offshore racing team, which competes in Super Boat International’s highly competitive Superboat class. But what they probably don’t know is that Bruggemann got his start in the industry through the sport almost 30 years ago when he met famed offshore racer Bob Idoni in Steamboat Springs, Colo. That led Bruggemann, who had completed a four-year internship when he was 16 years old — followed by three years of work in the field — in light marine mechanics in his native Australia, to rigging a 40-foot Motion catamaran, a project that captured much attention, for offshore racer Jay Muller.

Bruggemann worked out of a van. He moved from rigging  job to rigging job. He was mobile.

“I had all my own tools and I would help rig boats when one manufacturer or another had an influx they needed to get done,” he said. “And I rigged raceboats — when one was done I would move onto the next. 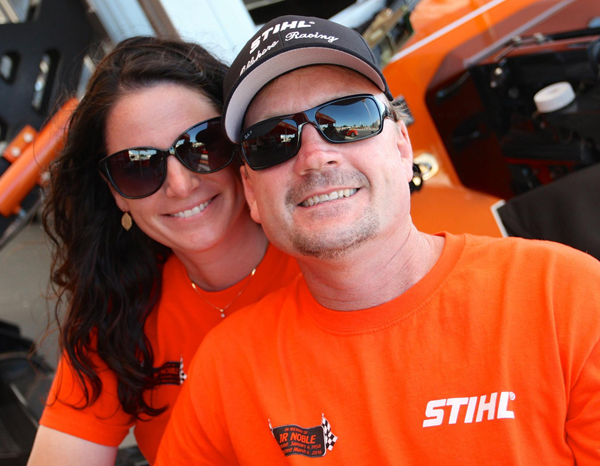 “That eventually led to me getting my own workshop,” he continued. “That was right around 1999 or 2000. At that time, (engine builder) Herb Stotler, who’s a good friend of mine, had room for me in his shop in Fort Lauderdale. I leased space from him. But I grew out of that space and needed more room. That’s one of the main problems with rigging boats. They’re so damn big. So I got my own place in Fort Lauderdale off 31st Street and I was in that location until 2013, when I moved here.”

Despite its big name and reputation in the go-fast boating world, Grant’s Signature Racing remains a three-person operation. Kellie Lee, Bruggemann’s fiancé, serves as the company’s officer/public relations manager. Andrew Young works alongside Bruggemann in the shop. And unless their workload requires additional labor, that’s all they need.

“We keep it small, we keep it neat and we stay busy,” said Bruggemann. “The STIHL boat will be coming here the second week in March so we can get it ready for (the SBI season-opening) race in Cocoa Beach. We’re currently in process of rigging Matt Rice’s 368 Skater with Verado ROS outboards — we just started getting into it. There are a lot of neat things we’re doing with that one because it’s a really custom project and we’re keeping an eye on the weight of everything. Behind that we have a 36-foot Yellowfin center console we’re rerigging with Verado 400R outboards.

“We’ve been quite busy,” he added. “We’re very fortunate. And we’re blessed with great clients.”