You are at:Home»Industry»Nor-Tech’s Meeting Of The Minds

Once a staple of the high-performance powerboat industry, dealer meetings pretty much vanished after the recession of 2008. The reason for their disappearance was simple: Production go-fast boat-building died and the dealers supporting that market segment died with it. Dealer networks evaporated.

So in no small way, Nor-Tech Hi-Performance Powerboats’ third annual dealer meeting last week was a welcome—make the coveted—anomaly. It means that products coming out of the North Fort Myers and Cape Coral, Fla., company are popular enough for the builder to need 11 dealers across the country and in farther flung destinations such as Puerto Rico and Sweden. 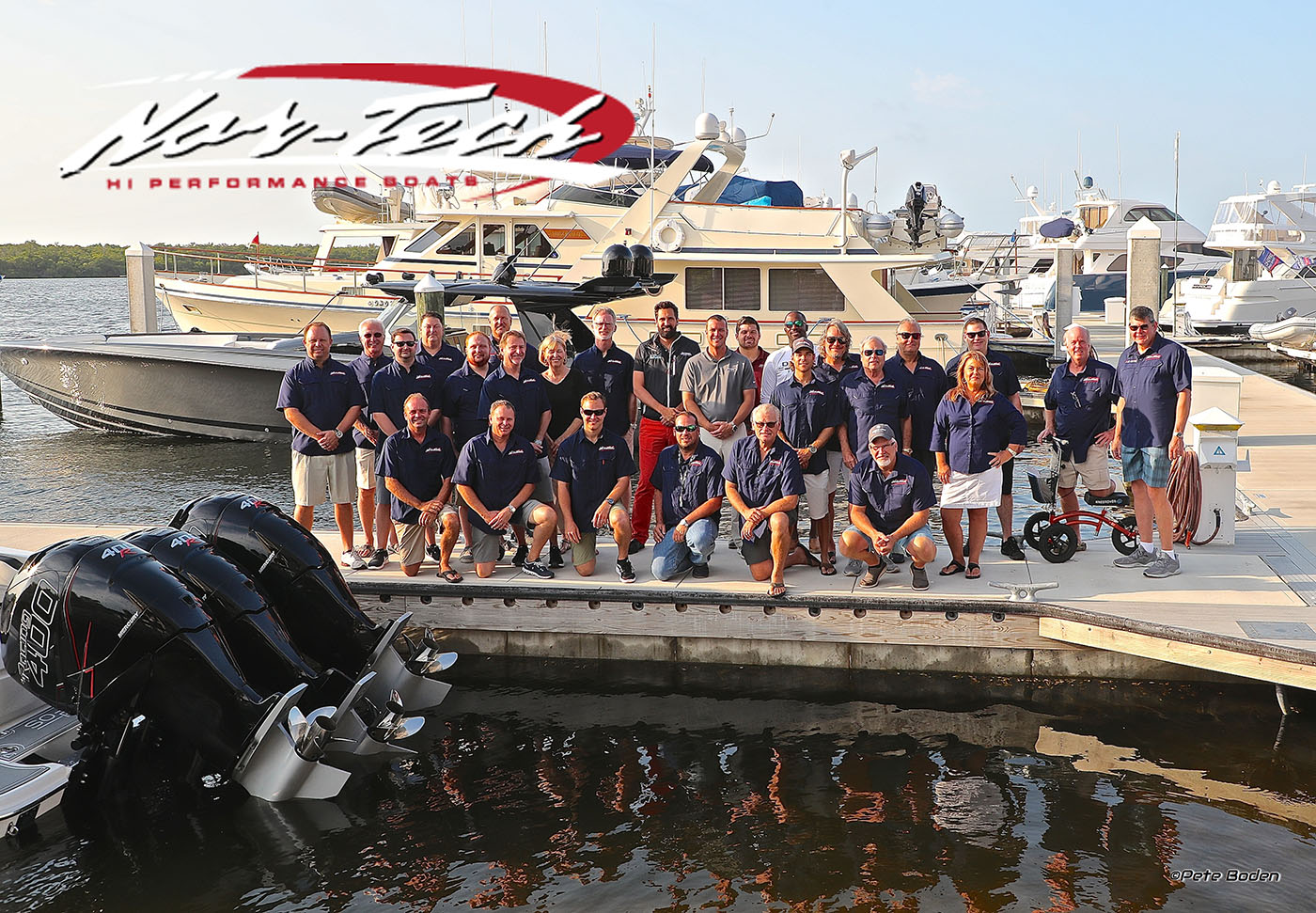 That Nor-Tech is celebrating its 30th anniversary made this year’s three-day gathering particularly significant, because like most builders of pure go-fast catamarans and sportboats the company had to reinvent itself after the recession. And that meant becoming a performance-oriented center console builder.

Last November, Nor-Tech displayed 390 Sport Center Console No. 200 at the Fort Lauderdale International Boat Show. But though the 39-footer has been the company’s strongest-selling center console to date, the 34- and 45-footers also built super-solid followings that continue to grow.

No Nor-Tech dealer meeting would be complete without some bonding time on the water, so the crew headed to Useppa Island for lunch last Friday.

So significant dealers such as Marine Concepts—Nor-Tech’s hottest dealer at the moment—in Missouri, Soflo Boats in South Florida, American Custom Marine in Kimball, Mich., and Double R Performance in Toronto, Canada, are essential. And for Nor-Tech founders Trond Schou and Nils Johnson, Henrik Margård, Geoff Tomlinson and the rest of the company’s management team, getting every dealer on the same page is essential.

The following morning, the management team got into the nitty-gritty of dealer ordering procedures and protocols, and with its recent 50,000-square-foot expansion and new production systems the Nor-Tech folks had plenty of information to deliver. As Nor-Tech continues to updating and standardizing the ordering process becomes more critical.

Knowing that all work and no play makes for really dull dealers, the Nor-Tech crew got them on the water later that day for a lunch run to Useppa Island. And of course, the entire group gathered for adult beverages and the telling of many tales each evening.

Continuing education was just half of meeting’s purpose. The other half was team-building.

Now in its 30th year of operation, Nor-Tech has never been healthier. The company’s dealer network is as much a vital element of its success and as it is a true measure of it. And at least once a year, a meeting of all the minds involved is essential.