You are at:Home»Industry»Open for Business 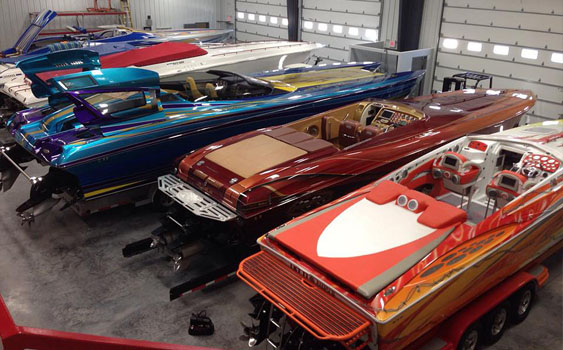 As of this week, the service department is up and running at Performance Boat Center’s new location at mile marker 21 on Missouri’s Lake of the Ozarks.

Just in time for the busiest stretch of the year for the restaurants, hotels, gas docks and more on Missouri’s Lake of the Ozarks, Performance Boat Center (PBC) is fully operational at its new facility — Redhead Yacht Club (RYC) at mile marker 21 on the popular lake.

According to PBC’s Brett Manire, the showroom has been open for more than a week, many of the operations, accounting and other office folks have settled in at the new facility, and the service department crew is getting completely moved over this week from the former shop in Camdenton, Mo. (The company is keeping the shop for additional storage for now.)

“It’s been a long time coming — the whole thing took much longer than we ever anticipated,” said Manire, referring to the construction of the property, which was demolished in early 2013 and rebuilt with 120 boat slips of varying sizes, a large launch ramp, a full-service fuel dock and 40,000 square feet of building space. “It’s so much nicer being at the new place. We used to be 15 minutes from the water and were hauling high-dollar boats 30 minutes back and forth to go run them. Now, being 50 feet from the water in a new state-of-the-art facility is going to be so awesome. We’ll be so much more efficient.” 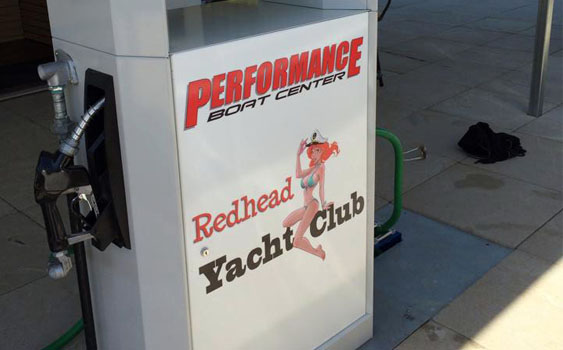 Manire said PBC is already getting additional service work thanks to some of the RYC slip tenants. “People seem to like the marina and what we’ve done with the place,” added Manire, who owns PBC and RYC with his business partner Mark Waddington. “Everyone seems to like the name, too. Since we put the fuel dock in, our gals have been busy all day, every day.”

Along with the gas dock, which has been operational for a couple of months, the RYC marina store is now open. From fuel and sales to service and storage, Manire said the entire facility will be running full speed from this Friday’s Support the Troops Poker Run (June 27) all the way through the Lake of the Ozarks Shootout (Aug. 16 – 24), the Lake Cumberland Poker Run (Sept. 5 – 7) and into the fall.

Although he hasn’t been able to attend as many events as he’d like to this year, Manire said he’ll take being busy over having fun — at least most of the time. He also said he has some potential Outerlimits Powerboats deals in the works for the fall and just ordered a “custom, tricked-out” 38-foot center console from Statement Marine that he expects to be ready in time for the Shootout at the end of August. 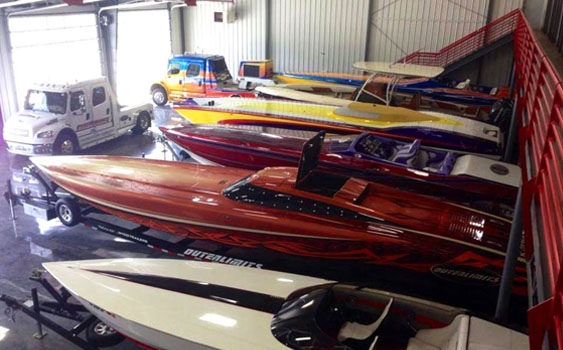 From canopied cats and V-bottoms, to center consoles and single-engine sportboats, Performance Boat Center has a wide variety of boats on display in its new showroom.

“We’ll be all geared up for the Shootout and are inviting everyone to come see our facility and take advantage of the services,” explained Manire, who said they will be starting construction on the 8,000-square-foot Bikinis Pool Bar and Grill, which will include at least two pools, toward the end of summer. He expects it to be open by Memorial Day weekend in 2015.

“The bar and grill will have a full performance boat theme,” he added. “It will be brand new, with cool powerboat signs and memorabilia all over the place.”

I know I’ll be stopping by to see Manire and company at the new shop when I’m in town for the Shootout in a couple of months. Now I’m thinking I might have to make a special trip back to Missouri for the opening of the bar and grill.