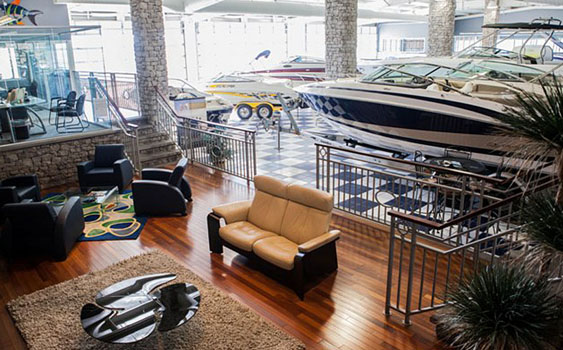 The showroom at the Lake Cumberland Marine facility features a variety of runabouts and a large department dedicated to accessories.

Since the beginning of the year, much has been going on behind the scenes at Lake Cumberland Marine in Somerset, Ky. Longtime performance boater Glenn Salyer, who is in the highway and road construction business, purchased the name, property and inventory of Lake Cumberland Marine in December and brought in his friend and fellow powerboat enthusiast, Casey Howard, to manage the facility.

A little more than 10 months later and Salyer, Howard and the rest of the staff have expanded the business from primarily go-fast boats into personal watercraft, wake sports/ski boats, fishing boats and more. They’ve turned a lot of their focus to the service side of the business as well.

“We’re still in the powerboat business, just not to the scope of what Lake Cumberland Marine was in the past,” said Salyer, who owns several performance boats, including Skater Powerboats catamarans and a couple of Outerlimits Offshore Powerboats—the turbine-powered My Way catamaran and a 47 GTX. “We’re going to sell and trade big powerboats for sure because that’s where our passion lies, but we also want to be the hometown dealer when it comes to the recreational boat market.” 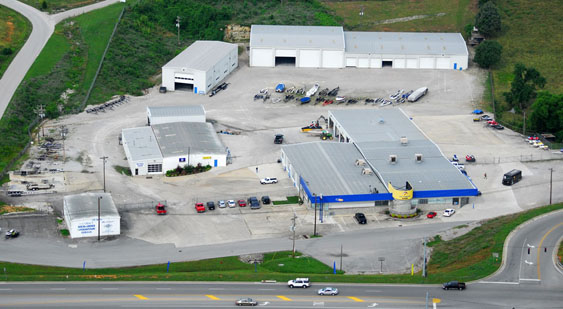 Lake Cumberland Marine in Somerset, Ky., has been under new ownership for nearly a year.

Howard said the reorganization plan was to diversify to not only keep the business alive but to move it forward.

“At one time, this place was the Taj Mahal of the powerboat world,” Howard said. “The showroom was filled with the latest and greatest performance boats. That was cool to look at, but for the average person the boats were beyond their means. Now we have Sea-Doos, Yamaha WaveRunners and a bunch of smaller boats right in the front. We still have some of the big powerboats toward the back, but we try not to crowd the showroom with them.” 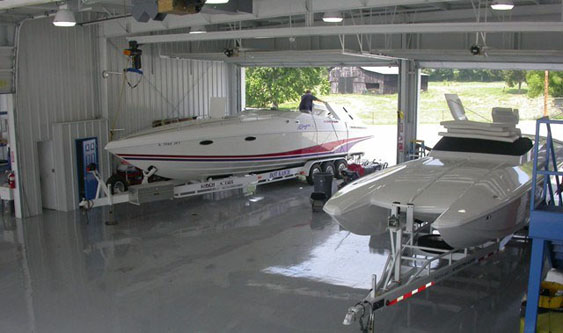 Last weekend, Salyer and Howard ventured outside of Lake Cumberland to the Mike Fiore Memorial Fun Run hosted by Performance Boat Center on Missouri’s Lake of the Ozarks. (Read the event recap at speedonthewater.com.)

“We had a great time at Lake of the Ozarks,” Salyer said. “I can’t say enough about the hospitality of Performance Boat Center. We definitely made some great friends from the trip. It was an honor to be included in the tribute to Mike Fiore and the fundraising event for his family.

The owner of My Way, the turbine-powered Outerlimits catamaran, Glen Salyer acquired the name, property and inventory of Lake Cumberland Marine at the end of 2013.

“We took the 50-foot Outerlimits My Way powered by Lycoming T-53-703 1,850-hp gas turbines,” he continued. “The boat has been performing beautifully since we partnered with Nebraska Gas Turbine. They have overhauled the powerplants and made numerous upgrades.”

Salyer, who called Fiore an inspiration for the boat-building community, said the market is showing signs of life. He also said he’s excited about the potential of Lake Cumberland Marine and plans to stay focused on getting people out on the water and keeping them there.

“We want to be known as a service-oriented dealership,” Salyer added. “We want to take care of everyone and give each customer the time and attention they deserve.”