You are at:Home»Industry»The New Paradigm of Pre-Owned Boats 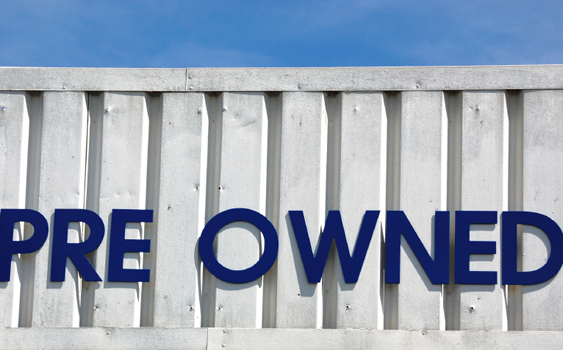 Check the classified advertising section of any major marine website. You will find hundreds, maybe even thousands, of used-boats for sale.

Now, narrow your search to twin-engine V-bottoms. Still plenty to choose from, right? And at amazingly low prices, right?

Narrow your search a bit more. Search for twin-engine V-bottoms for model years 2009 through 2011. Quite a difference, yes? The list just got a whole lot shorter. And of those boats, how many are in great shape? Of course, you’d have to see them firsthand to really know that, but trust me when I tell you as a dealer that has sold more than 135 boats this year—most of them used—that “clean” pre-owned, later model boats are rare and hard to find. We hear often, I’m going to wait for a late model boat, but that’s a tough task as most manufacturers did not build many.

Why the shortage? Really simple, there just haven’t been that many new twin-engine high-performance boats, regardless of size, built since calendar year 2008, model year 2009. Think about it for a moment. In the past, how many Baja, Donzi and Fountains were built per year and how many are they building today? In 2007, maybe 1,000 boats between all three brands, 2008-2011 maybe a hundred between all three brands, today “2012”, four to five for the Lauderdale Show. On the custom side, Cigarette and its competitors have continued to build boats, and even add new models, for the past three years. But the annual production volumes of custom builders always are low. That comes with the custom-build territory.

Here’s my point: as much as the Internet “experts” (anyone with an opinion and online access these days) will tell you, there simply aren’t a lot of good, clean, late-model, 2009 through 2011 30’ and up sportboats out there.

That’s good news for owners of those somewhat rare models, as we’ve seen an uptick in their value over the past six months. That’s also good news for the new-boat market, as the price gap between the clean, late-model pre-owned sportboats and a brand-new one is narrowing. Not close, but narrowing, people are looking at what a clean pre-owned 2011 or even 2012 boat might cost, and finding out that a brand-new version might not be all that much more—and it’s brand-new with warranty. I believe that’s having a big impact on new-boat sales.

To some degree, I credit our recent success at the Fort Lauderdale International Boat Show to that supply/demand shift. At the amazing Cigarette Racing Team display, which included five boats in the booth, we retailed several new sportboats and center consoles. The hottest Cigarette right now has to be 42’ Huntress (4 or 5 outboard). I’d even say it’s one of the hottest boats in the industry right now.

One thing that always sells, in any economy, is “new.” And by that I don’t mean recently built and never having touched the water. I mean new models. The manufacturers that are doing the best right now are providing a new type of product like the Huntress. To his credit, Skip Braver (the owner and chief executive officer of Cigarette) has done a great job positioning his company for growth with new product. Manufacturers who keep building the same thing they’ve always built are getting the same result.

Regardless of what happens with the economy, there is no question that there is still wealth in this country. A lot of people are sitting on money and waiting to see the outcome of this election. I hear that all the time. People who have what I call “the water gene” aren’t going to stop boating and stop buying boats, but they are changing the way they boat and being a whole lot more careful about what they buy.