You are at:Home»Industry»Velocity Under New Ownership 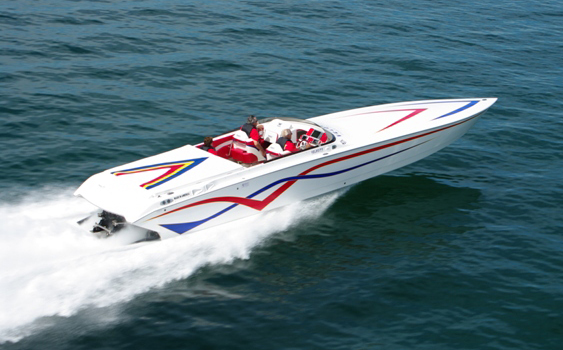 The 390 and all the other traditional performance-oriented Velocity models are available on a build-to-order basis.

About 15 years ago, the late Tom Newby and I photographed and authored, respectively, a profile on Velocity Powerboats founder and president Steve Stepp. We spent more time on the golf course than we did at the factory and wound up with a memorable feature. So it’s kind of ironic that the deal for Stepp to sell Velocity was set up on a golf course.

A friend of his wife, Kim Stepp, who is also an excellent golfer, and Steve were talking and Steve explained that he was looking to sell Velocity. She said she had some friends who might be interested. The two sides started talking and after some lengthy negotiations, Brad Resch and Scott Tubbs, a pair of entrepreneurs from Tampa, had purchased Velocity officially on July 31.

“We come from Tampa, Fla.,” said Resch. “Scott’s and my story is that we’ve been avid boaters our whole lives.” Resch’s family owns a successful roofing supply company in Tampa and Tubbs was a successful sales and marketing executive. The two met when Tubbs owned a Cigarette 38’ Top Gun and Resch had a Baja 30 Outlaw. They spent time together on the water and when the opportunity came to get into the boating business, they jumped at the chance. 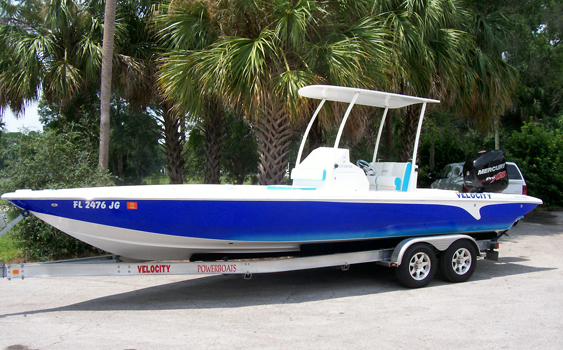 “We’re excited and we’re looking to get off to the races,” said Resch, who is the president and CEO. Tubbs is vice president of sales and marketing.

Stepp will stay with the company full time for six months and then transition to part time for two years. “He and I have a great rapport,” Resch said of Stepp. “We’re going to utilize his brain power and success with all the hulls he’s designed for the past 34 years.” Velocity’s popular general manager Kenny Hohwiesner will also be retained. 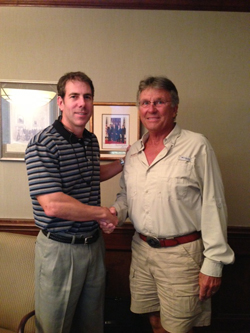 New Velocity owner Brad Resch (left) will have company founder Steve Stepp (right) to lean on during the transition.

The company will remain in Sanford, Fla., but is relocating to the former Cobia Boats facility, which is a 20,000-square foot production center with the capacity to produce the boats the new owners want to build. The non-stepped pad-bottom that Stepp made famous for the past three decades will still be used, but despite the cliché in his earlier statement, Velocity will not be focusing in racing in the near future.

Velocity’s most popular model right now is a 26’ bay boat called the VR-26 and the next move is to expand that line. Next up will be a 20’ bay model followed by a 26’ bluewater center console. Eventually, the company hopes to have a 40’ center console by next spring.

“We’re going to have different lines of the boat models and the performance boats will definitely continue to be one of those lines,” said Resch. “We need to be smart about it. We need to run it like a business and listen to what our customers’ needs are and produce what they need.”

And, meanwhile, Stepp can spend more time on the golf course.