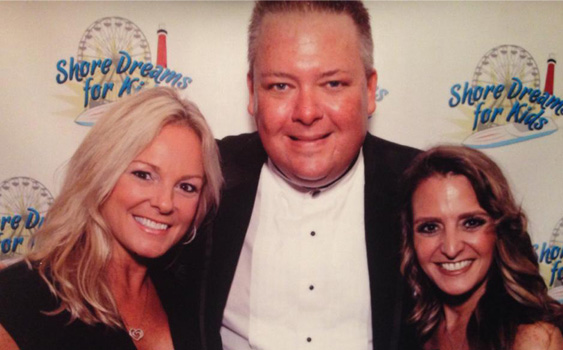 By the time you read this, the annual circus that is Shore Dreams For Kids will be long gone from Seaside Heights, N.J. The event, which provides a day of powerboat rides, food and carnival-style rides for mentally and physically challenged children and adults—and their families—happened last Saturday. Unless the bagged trash hasn’t been picked up, the only signs Shore Dreams was even there will be the trampled grass on the ball field across from the Seaside Heights Municipal Docks.

That’s OK, grass grows back. Shore Dreams For Kids, which isn’t the largest event in the go-fast boating world but is one of the longest-running and most important, is worth it.

In a couple of weeks, the organization’s board of directors will get together for what board president Joe Nasso calls a recap meeting. “We’ll start talking again in September and then get the ball rolling again,” he said.

That ball will roll without Dave Patnaude next year. Patnaude served as board member and the event’s director for the past 11 years. For personal and professional reasons, this was his last year with the organization. 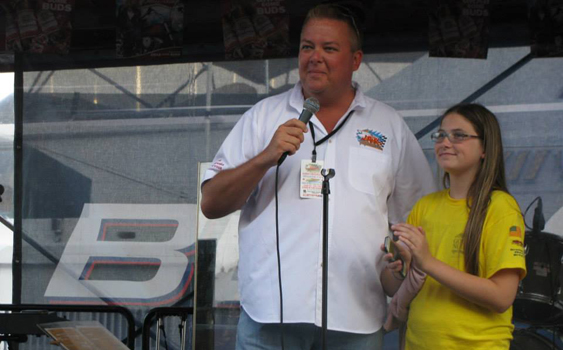 “One of the best decisions we made as a board was forming the junior board of directors,” said Patnaude in a recent speedonthewater.com article. “That will ensure Shore Dreams continues. And I feel excellent that Shore Dreams is in the hands of Joe Nasso and the rest of the existing board. The event will live on.

“I’ll still help them with whatever they need,” he added. “And I’m looking forward to bringing my own boat next year and giving rides.”

Patnaude is a big (6’8”), gregarious and often ear-drum-rattling guy who did not come with a factory-installed filtration system. (Aftermarket systems are available, but Patnaude has so far shown no interest in them.) The time it takes a thought to escape his lips is measured in nanoseconds. What’s more, while Patnaude doesn’t necessarily crave the spotlight, he’s comfortable in it.

During his 11 years as director of Shore Dreams For Kids, that reportedly rankled a few board members and other volunteers who believed Patnaude was getting too much credit at their expense. But from the perspective of a seasoned media guy, which makes me about as popular as a seasoned attorney, I can say without hesitation that Patnaude was the perfect front man for Shore Dreams, much in the same way Marc Granet is the perfect front man for the Miss GEICO offshore racing team. 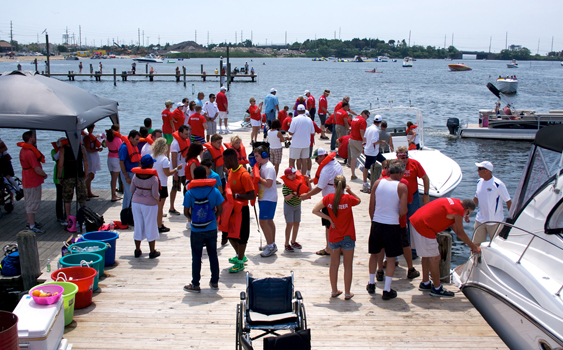 The recent 2014 Shore Dreams For Kids event is Patnaude’s last as director. Photo by Tim Sharkey.

Patnaude never waited for the media to reach out to him regarding Shore Dreams—he was proactive. Media guys can only make so many phone calls in a day. They can only know about what they know about. Patnaude understood that, and he made sure this media guy knew about Shore Dreams. In the many interviews I did with him, he always credited others, from the board of directors to the volunteers, for the success of the event. His heart was much bigger than his mouth.

Last year, in the wake of Hurricane Sandy, which left the New Jersey Shore in shambles, Shore Dreams was on the brink of being canceled thanks to an economic shortfall. Patnaude picked up the phone and called me. I wrote a story about it that appeared on speedonthewater.com. Within two weeks, an anonymous benefactor who read the story stroked a check so Shore Dreams For Kids could continue.

You could look at that as “the power of the media” and I wouldn’t argue, but I prefer to view it another way. I see it as “the power of a person reaching out to the media,” and that was something Patnaude understood and wasn’t shy about doing. And I was always, always grateful for it.

Next year, Patnaude will give boat rides at Shore Dreams For Kids. His duties will be limited to providing a good, safe ride for his passengers. Whoever assumes his director role—an up-and-coming junior Shore Dreams board member I’m told—will have big shoes to fill.

And that’s not just because Patnaude wears a size 13 loafer.