You are at:Home»Inspiration»Making Dreams Come True 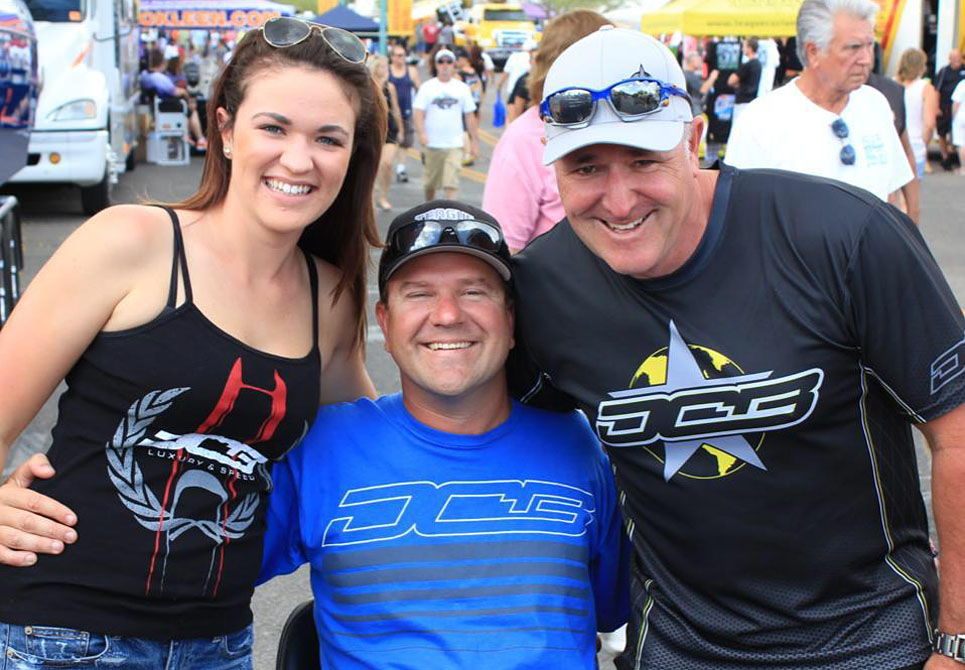 Thanks to people like Brad Macaulay (right) and his daughter, Courtney, Tyren Edwards has been treated like royalty at the Desert Storm Poker Run.

What started out as a trip of a lifetime two years ago for Tyren Edwards of Mandurah in Western Australia has blossomed into dozens of friendships, unimaginable on- and off-water experiences and now an opportunity to bring his kids to the United States to experience what he calls the coolest event in the world—the Desert Storm Poker Run in Lake Havasu City, Ariz.

And while it’s depressing to think that a 2016 visit could potentially be the 41-year-old’s last trip to the largest performance boating event on the West Coast, that’s also the reason many of the friends he’s met in Lake Havasu the past two years are stepping in to help raise enough money to pay for the travel expenses to bring Edwards and his daughters, Keely, 10, and Isla, 8, and their mom, Sam, out to Lake Havasu next April.

Unfortunately Edwards has Spinal Muscular Atrophy (SMA), which is essentially a muscle deteriorating disease, and his condition has progressed to the point of no return, according to his doctors. 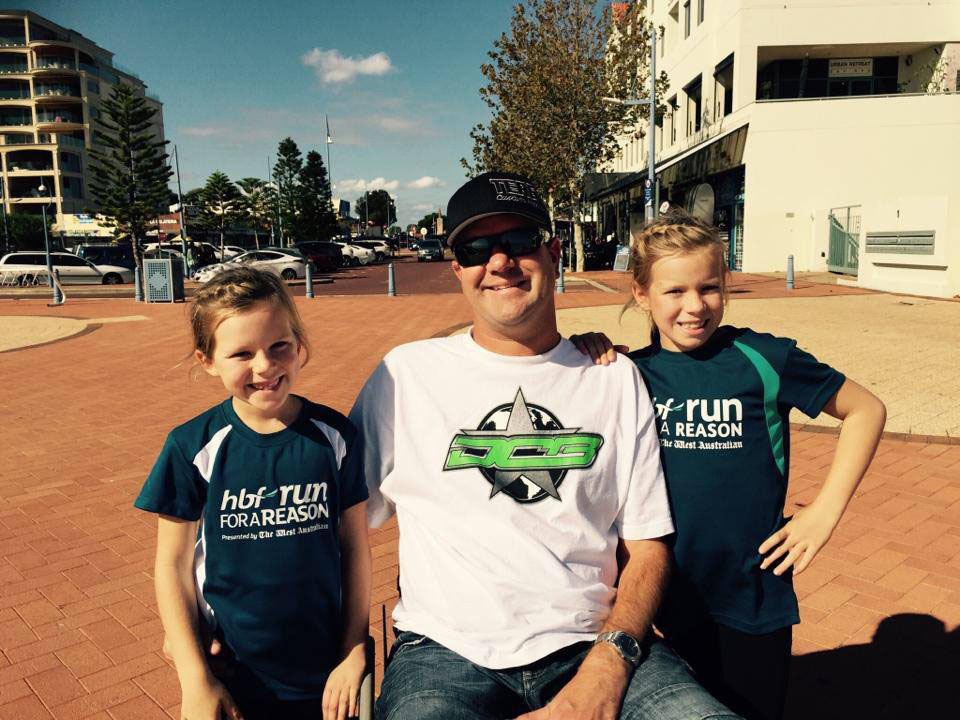 Edwards is hoping to bring his children, Isla (left) and Keely to the Desert Storm Poker Run in 2016.

Once Brad Macaulay, a Canadian boater who has owned several models from DCB Performance Boats and other builders, received that news from Edwards last week, he offered to pay his expenses to ensure he could be a part of another Desert Storm. Upon relaying the information to his friend, Rob Blair, the owner of DCB Performance Boats who got to know Edwards at the 2014 poker run, Blair jumped on board immediately and offered to cover more of the trip expenses.

With encouragement from Blair and Macaulay, the DCB crew created a GoFundMe campaign to ensure Edwards receives a last-hurrah return trip to Desert Storm, which he would like to follow with a couple of days at Southern California’s most popular destination—Disneyland—to put a princess’ finishing touch on the trip for his girls.

“I’m not looking for pity—I work full time, have two beautiful daughters and just want to take them to the place I call my second home … and also hopefully to Disneyland,” said Edwards, a national chief scientist at Safe Work Laboratories. “My life is a struggle every day but I often feel like I’m the luckiest person going around. My kids are healthy, I have met so many great people and I am still strong enough to put a beer to my lips, which is bloody important.” 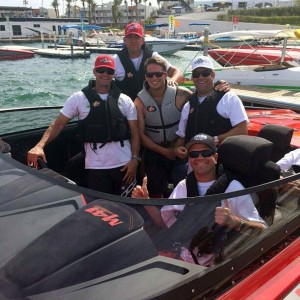 Edwards got a ride in a stunning M41 Widebody courtesy of the crew at DCB Performance Boats.

Edwards said his obsession with boats started at a young age and it really took off in his early 20s.

“I remember about 20 years ago seeing a Powerboat magazine at the newsstand and I was hooked,” Edwards said. “Teague Custom Marine’s Bob Teague was the tech expert and I read each issue many times. Years went by and my condition worsened but the love for boats always gave me that extra strength to keep dreaming and going. When Chris Cooley came out with the movie “Pegged”, I probably watched it 1,000 times. Then “Pegged 2” came out several years later and I made the decision that I had to get to America to see these boats before I got too weak.

“Many emails later I got in touch with Cherilyn Teague—Bob’s daughter and one of the most wonderful people around—and she said the best place for me to see the boats would be at Desert Storm and that I should come out for the Krusin’ for Kids day,” he said. “After a couple years of saving and planning, I made it to the 2014 event and was blown away by all of the high-performance boats. On the Wednesday I got to the Nautical Resort, the first person I saw was the man himself—Bob Teague.”

Edwards said when he met Teague, the legendary engine builder and offshore racer shook his hand and asked him if he wanted to go for a ride. 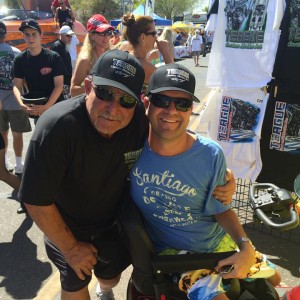 “My life was complete right then,” Edwards laughed. “He also let me drive his boat and we took it up to 110 mph. I was so grateful and that was just the beginning. Everyone jumped at the chance to help me in and out of boats. Between Brad Macaulay, Win Farnsworth, Tony Chiaramonte, Rob Blair and his wife, Gail, everyone treated me like family. Dave and Lynn Hemmingson, Peggi Vincent, Paul Miller, Deron Rettke and all of the other people at DCB and TCM were so nice.”

According to Edwards, the 2015 event was even more amazing thanks to Farnsworth, who gave him a ride in Low Altitude, his turbine-powered 50-foot Mystic Powerboats catamaran, and thanks to the poker run awards party that raised thousands of dollars for underprivileged and disabled kids in part due to a didgeridoo Edwards sent out from Australia for the auction.

“The people at Desert Storm are some of the nicest people in the world,” Edwards said. “The 2014 event was awesome, but 2015 was even better. I can’t wait for next year’s poker run and the opportunity to show my girls what Desert Storm is all about.”

Donations of any size are helpful in the efforts to get Edwards and his family to the West Coast in April. If you’re interested in contributing to the fundraising efforts, click here.