You are at:Home»Inspiration»Putting Our Money Where Our Mouths Are 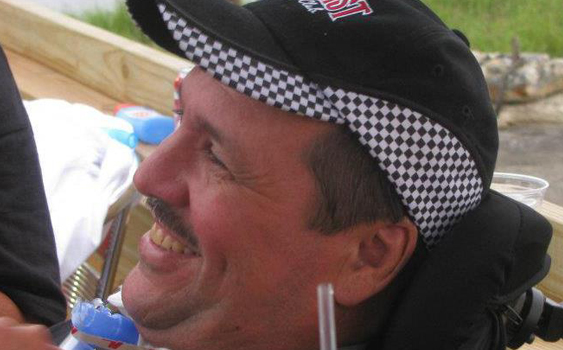 In a 1983 Sports Illustrated article called “The Gospel According to Hubie” by Bruce Newman, the great basketball coach Hubie Brown said something I never forgot. It’s something I believe and something I remember to say to myself every day:

“Remember every day when you get up, you’re just half a step away from the street. My father told me that when I was young. And if that doesn’t make you give 100 percent every day of your life, nothing will.”

Think you have the world licked? Think you’ve got it all figured out? That you have everything under control? Think again, because in an instant something can happen to destroy that illusion. And yes it is an illusion.

Take Jersey Outlaws class powerboat racer Kenny “Toes” Cranmer. In one horrific moment in 2011, he went from practicing in his Garvey raceboat to fighting for his life in a hospital bed. In an instant, he went from being able to hug his children and grandchildren hard to needing a ventilator to breathe. That’s the reality of being paralyzed from the shoulders down.

For six months in the hospital, Cranmer fought hard to come back. Through physical therapy ever since, he has continued his fight. By all accounts, Cranmer’s legendary toughness on the racecourse has translated well to the constant uphill battle of trying to recover, in as much as that is possible, from a severe spinal injury. 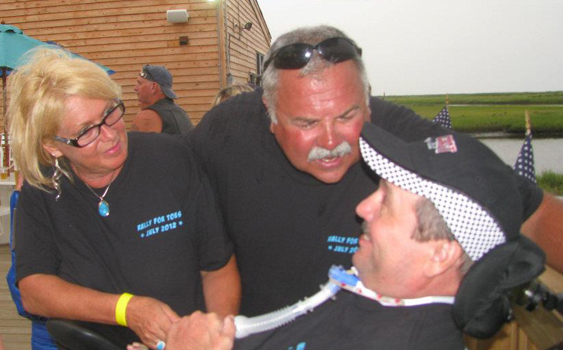 Supporters have rallied around Cranmer, but there’s more work to be done.

Old Hubie Brown had it right.

And yet in what has to be one hell of a dark time for Cranmer and his family, a few folks—people I will call “the angels of offshoreonly.com”—have stepped up. Offshore powerboat racer Jimmy Winters and well-known go-fast boat owner and enthusiast Alec Cloke have agreed to put $7,500 a piece toward the bike. Through the GiveForward organization, another $3,600 has been raised.

That leaves a paltry $4,000 for the rest of us to cover. I don’t know how many members the offshoreonly.com community has, but I’m guessing it’s a bunch. I’m going in for $200—and this column. It’s not a ton of money, but it’s something.

So who’s with me?

It doesn’t matter how much you give. It just matters that you give. Yeah, I’m asking you to donate money to help a stranger, a guy most of you have never met and never will. I am asking you to give at a time when a lot of you are strapped and still trying to recover from the massive economic beat down of the past five years. Yes indeed, I am asking you for that.

Not because being Kenny “Toes” Cranmer is unique. Because like the street, it really is just a half step away for any of us.