You are at:Home»Inspiration»Riding With The Lake Boys

A couple of weekends ago, I made a stealth mission to the Lake of the Ozarks in Central Missouri to experience Performance Boat Center’s annual Fall Fun Run. Why travel almost 2,000 miles—one way—from my home in Northern California to cover what was supposed to be a small, casual event on a quiet fall weekend?

Because it was supposed to be a small, casual event on a quiet weekend. 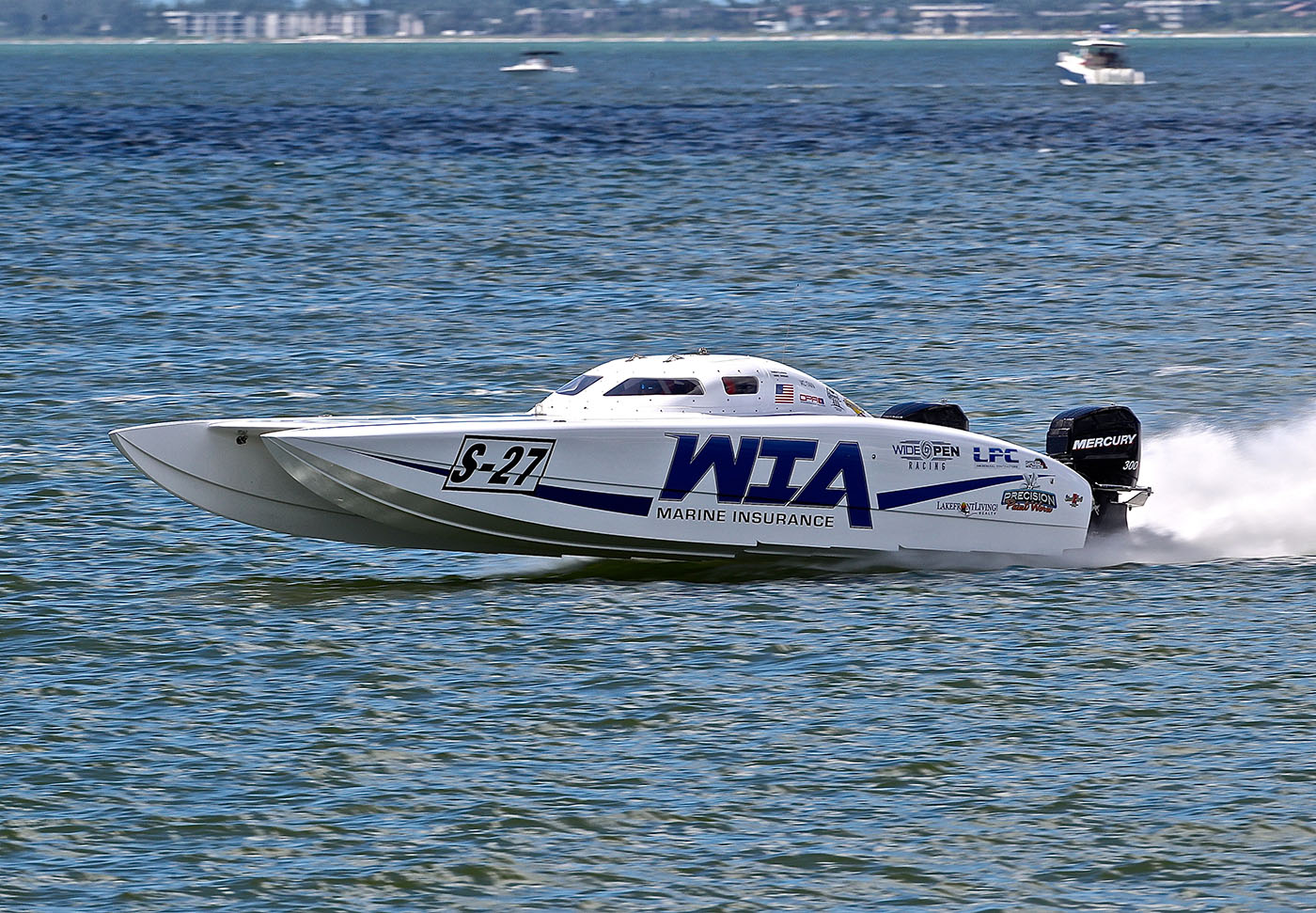 Jason Johnson, my offshoreonly.com columnist and speedonthewater.com co-publisher, and I cover the Lake of the Ozarks Shootout every year. And that weekend—make it that week—is anything but quiet.

Don’t get me wrong, I love pretty much everything about the Shootout save for Missouri’s nasty late-August humidity. But if you’re looking for a low-key experience on the vast waterway, Shootout week—combined with all the hijinks of the concurrently running Super Cat Fest—is a bad call. 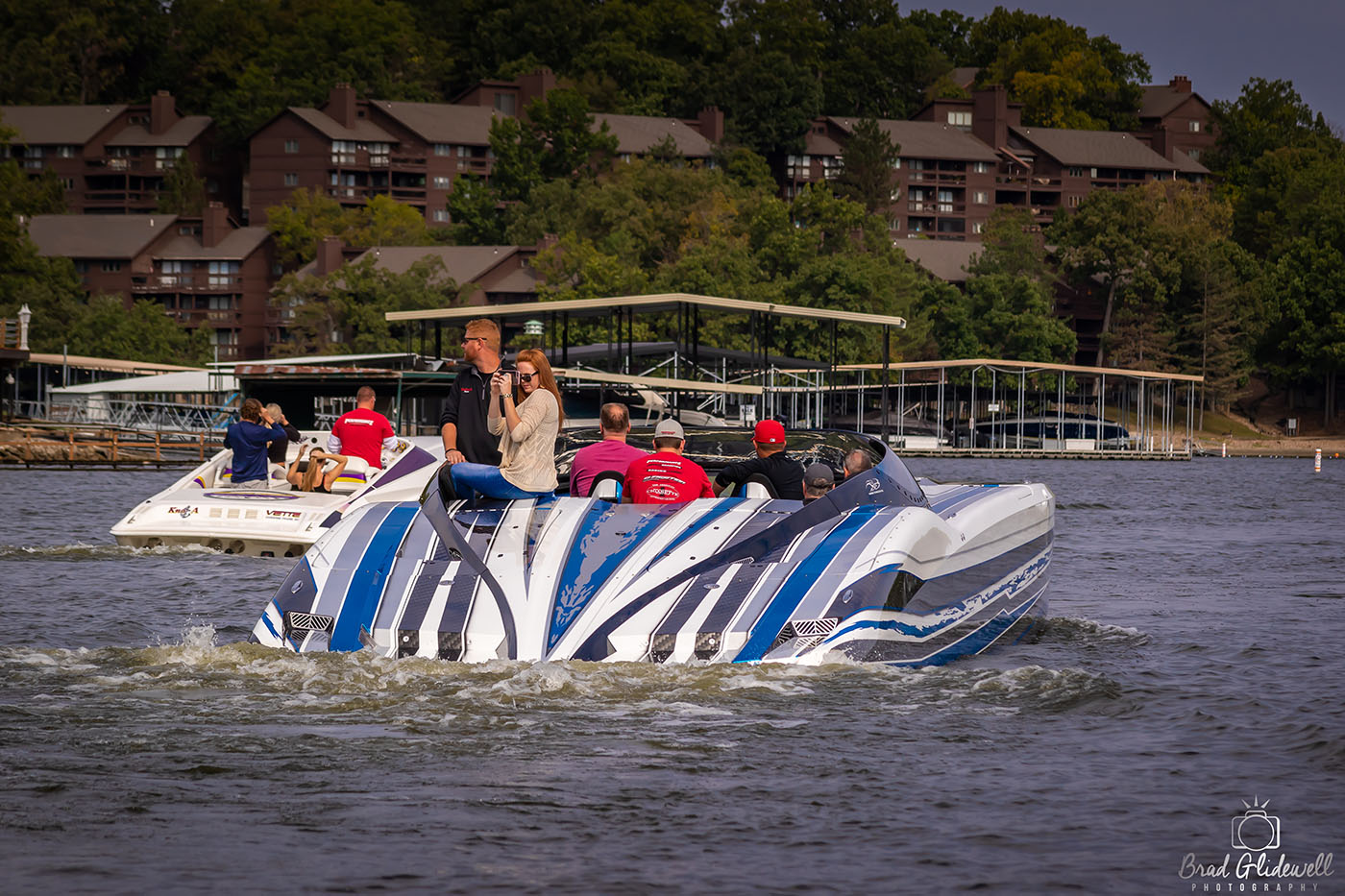 Problem was—they “forgot” me when they departed Franky and Louie’s, our second stop of the day. (That’s their story, they’re sticking to it and I need to believe it.) So I had to find my own ride back to Performance Boat Center for that night’s party.

Mike Wright, an offshore racer who lives at the lake, came to the rescue and invited me to join him and his offshore racing teammate Loren Peters and company for the ride back in Peters’ 40-foot MTI catamaran. The ride was a blast and Peters ran the boat to 135 mph.

After we returned to the docks and tied up the boat, we stood around shooting the breeze for a few minutes.

“Loren told me, ‘I hope I didn’t scare that guy in the back,’” Wright said. “I said, ‘Uh, that’s Matt Trulio from speeonthewater.com. I think he’s been on a few fast boats and gone faster.’” (For the record, I’ve been a lot faster, but 135 mph is still plenty fast.) 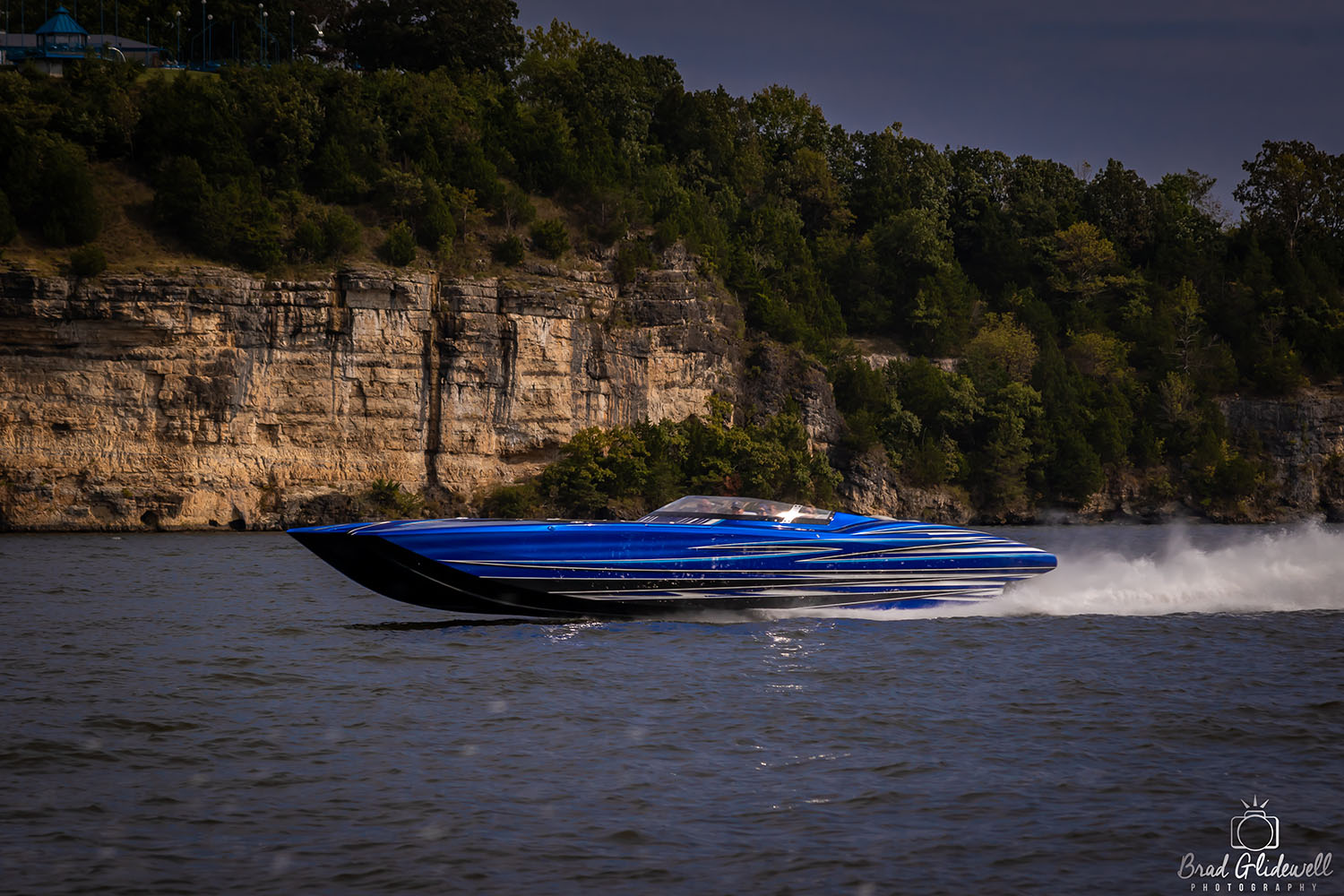 By coincidence or fate, Trulio landed a ride home with Loren Peters and Mike Wright in this 40-foot MTI. Photo by Brad Glidwell/Brad Glidewell Photography courtesy of Performance Boat Center.

With rain on the way, there hadn’t been time for anything beyond first-name introductions when we left Franky and Louie’s, and I intentionally wasn’t wearing any speedonthewater.com-branded gear.

“You’re Matt Trulio?” Peters said. “I think we’ve even spoken on the phone a few times.”

We all got a good laugh at that one.

Now, I’m not saying my presence in Peters’ MTI cat the weekend prior had anything to do with their success in Fort Myers Beach. They drove a brilliant race and put themselves in position to win. Though I was with them in spirit, I had zero to do with that.

Then again, if they think I brought them good luck I’m more than willing to return to Missouri for the 2020 Performance Boat Center Fall Fun Run and then follow them back to Fort Myers Beach.