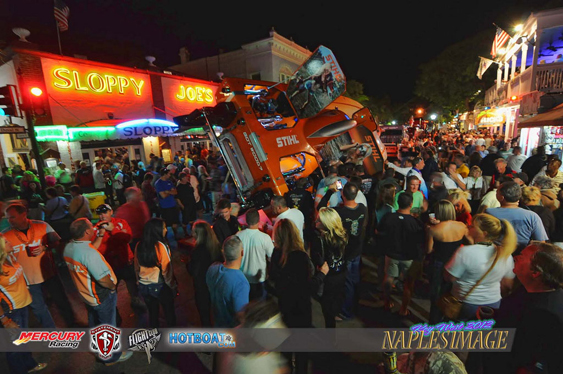 On Friday night, the raceboat parade and display makes Duval Street even packed and raucous than it usually is. Photo by Jay Nichols/Naples Image.

Next week, offshore racers, poker runners and go-fast boat lovers of all kinds will find themselves in Key West, Fla., for the Super Boat International Offshore World Championships and Florida Powerboat Club’s Key West Poker Run. Despite that they happen during the same week, the two events run independently of one another. Yet they combine to produce a weeklong celebration of speed on the water like no other.

And that’s where the sensory overload begins. You’ve heard of sensory overload, right? That’s when your senses—sight, sound, touch and smell—become so bombarded that they simply shut down. Happens a lot in extreme activities such as skydiving and bungee jumping, as well as in places such as New Orleans, Las Vegas—and, of course, Key West.

With that in mind, I offer the following catch-as-catch-can guide to this year’s events, a short list of things to make sure you see, do and follow as you get lost in the fun house, to borrow from author John Barth, that is Key West. Because rest assured, you will get lost in it.

In The Poker Run Village

Between the Conch Republic Seafood Company restaurant on one side and displays from big-name go-fast marine players including Cigarette Racing Team, Mercury Racing, Outerlimits and Pier 57 Marine, Douglas/Marine Skater on the other, the Florida Powerboat Club’s Poker Run Village is always worth at least one visit. This year, the hottest ticket in the village could be Hardin Marine’s new 53-foot Mobile Display Showroom. Company principal Scott Price has been keeping the details on the vehicle mostly under wraps, but according to reliable inside sources it’s seriously cool. 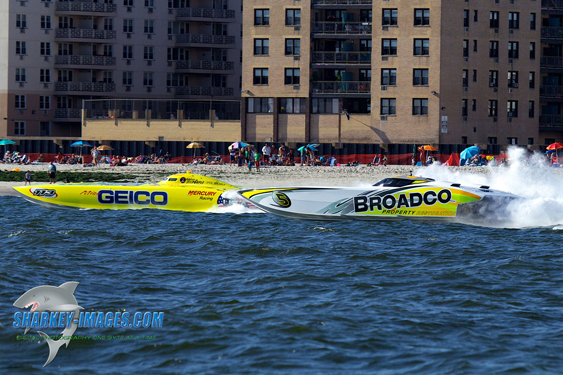 Though they’ll be running in different classes, Miss GEICO and Broadco will be “ones to watch” during the SBI Key West Offshore World Championships next week. Photo by Tim Sharkey.

If all the Marine Technology, Inc., catamarans reportedly headed for the poker run actually make it, there could be more than 20 of these exotic custom creations at the docks in Key West Harbor. But none will be more breathtaking than Bob Bull’s new canopied, six-seat 52-footer powered by a pair of Mercury Racing 1350 engines. Jason Johnson, my co-publisher/editor at speedonthewater.com and I crawled inside this spacious, air-conditioned beauty during the 2013 Lake of the Ozarks Shootout and we were blown away. 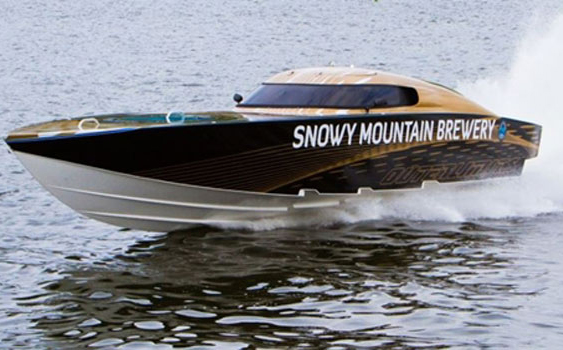 Despite that the races on Wednesday, Friday and Sunday begin at the civilized hours of 10 a.m. and 2 p.m., the nightly antics on Duval Street make it a long shot for even hardcore offshore racing fans to catch them all. So here are five classes—complete with a little handicapping—worth following as the week progresses.

Superboat Unlimited: Plain and simple, barring mechanical issues the Superboat Unlimited SBI world title is Miss GEICO’s to win or lose. Scott Begovich and Marc Granet head into Key West next week with more seat time this season than any other team in their class and—reportedly—a fresh pair of Mercury Racing 1650 Race engines in their 44-foot Victory-built catamaran. Of course, only a fool would count out John Tomlinson and Tor Staubo in the 48-foot MTI Gasse cat and Bob Bull and Randy Scism in CMS, another MTI 48-footer, and both are powered by Mercury Racing 1650s. But Gasse has just one race (the SBI event in Sarasota, Fla.) under its belt this season and CMS has none. As Tomlinson himself says, “Seat time, testing and preparation are everything in offshore racing. Then again, this is Key West, and in a three-race format anything can happen.”

Superboat: If the waters off Key West are flat and calm, no catamaran in the Superboat class should be able to keep up with Stihl, a slippery fast 38-foot Skater run by Robert “J.R.” Noble and Grant Bruggeman. But if the conditions get nasty—and Key West “on the outside” has been known to do just that—the edge goes to Billy Mauff and Jay Muller in WHM Motorsports, a 40-foot Skater. If you’re searching for a dark horse, longshot-style pick in this class, look no further than the 40-foot Broadco Property Restoration MTI cat piloted by Chuck Broaddus and Vinny Riffice. Word from an informed inside source is that the boat, which ran on the Offshore Powerboat Association circuit during the regular season, is dialed in and that Broaddus and Riffice are on the same page in the cockpit.

Superboat Stock:  If Gary Ballough and Omar Danial didn’t have a Union Internationale Motonautique X-Cat event in China during the weekend of the SBI Key West Worlds, they’d be the overwhelming favorites to take the Stock-class title. With Ballough and Danial out of the picture, this outboard-powered catamaran class opens up quite a bit, but my pick for the overall win is Ryan Beckley and Chris Schoenbohn in their 5 Brothers Grocery 32-foot-long Doug Wright cat. These guys finished second in every race they entered during the regular SBI season, and that kind of consistency makes them favorites to take the title in Key West. “We’re hoping to move up a place in the three races in Key West,” says Beckley.

Superboat Vee: I love that there’s a fast new 30-Fountain, Absolutely Not, in this class. I love that regular season competitors Kevin Smith and Brit Lilly, who run in OPA’s version of the same class, are teaming up in Smith’s 30-foot Phantom Speedster with the new name of Hurricane of Awesomeness (I did not make that up) to make a run at the SBI title in Key West. And even though those two teams won’t love me for saying this, I don’t think either has a chance against Michael “Doc” Janssen and Dan Davies in defending Superboat Vee SBI world champion Snow Mountain Brewery, a 29-foot Outerlimits.

Superboat Turbine: Last time I checked, Miss Mary Mac, a 48-foot MTI catamaran with a pair of 1,800-hp turbine engines and Al Adaa’am 96, a 50-foot Mystic cat with the same power package were “in” for the SBI Key West Worlds. And while a two-boat class might not seem all that thrilling to a casual observer, seasoned offshore racing fans understand that this is as good as it gets—and will ever get—in the Turbine class. For me, this one is a dead heat. John Arruda and Richard Chaney, Jr., have more turbine boat seat time together. But Sheikh Hassan bin Jabor Al-Thani and Steve Curtis logged significant time together in UIM Class 1 competition. Flip a coin—and hope both boats show. 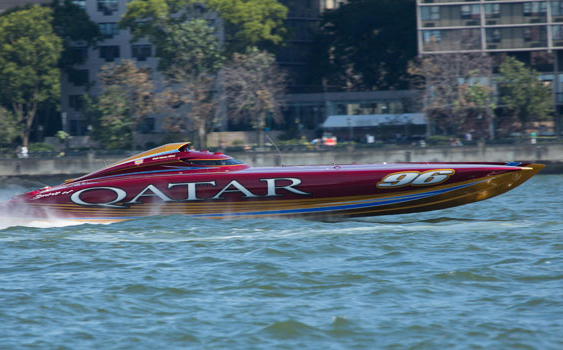 This year, actually could be two boats worth of competition in the Turbine class.

On Duval Street: Three watering holes—Sloppy Joes, Rick’s and Irish Kevin’s—take center stage during any proper “Duval Crawl.” Just off Duval on Front Street, the Hog’s Breath Saloon also holds a lofty place in the Key West bar-scene pantheon. They’re all different, all fun. Being that I’m a 52-year-old hack with a job to do—please stop laughing—every day I’m in Key West, I’m good for one (New Jersey friends take note) late night on Duval Street. The raceboat parade and display on Friday night is entertaining, but it also blocks a chronically clogged artery.

So my suggestion/choice for a late one is Thursday night, in this order: 1) Hog’s Breath Saloon as an early stop for the nostalgia factor. 2) Sloppy Joe’s, good for a “one and done” before the place packs in and gets ridiculous. 3) Irish Kevin’s because no matter how many times you’ve sung along with a filthy song it’s always contagious fun. 4) Rick’s, or more precisely, Angelina’s Pizzeria below it. That’s where you’ll see all of your old friends and make a few new ones. Plus, by the time you get there you could probably use some food in your stomach.