You are at:Home»Key West»Fun Facts From The Key West Poker Run 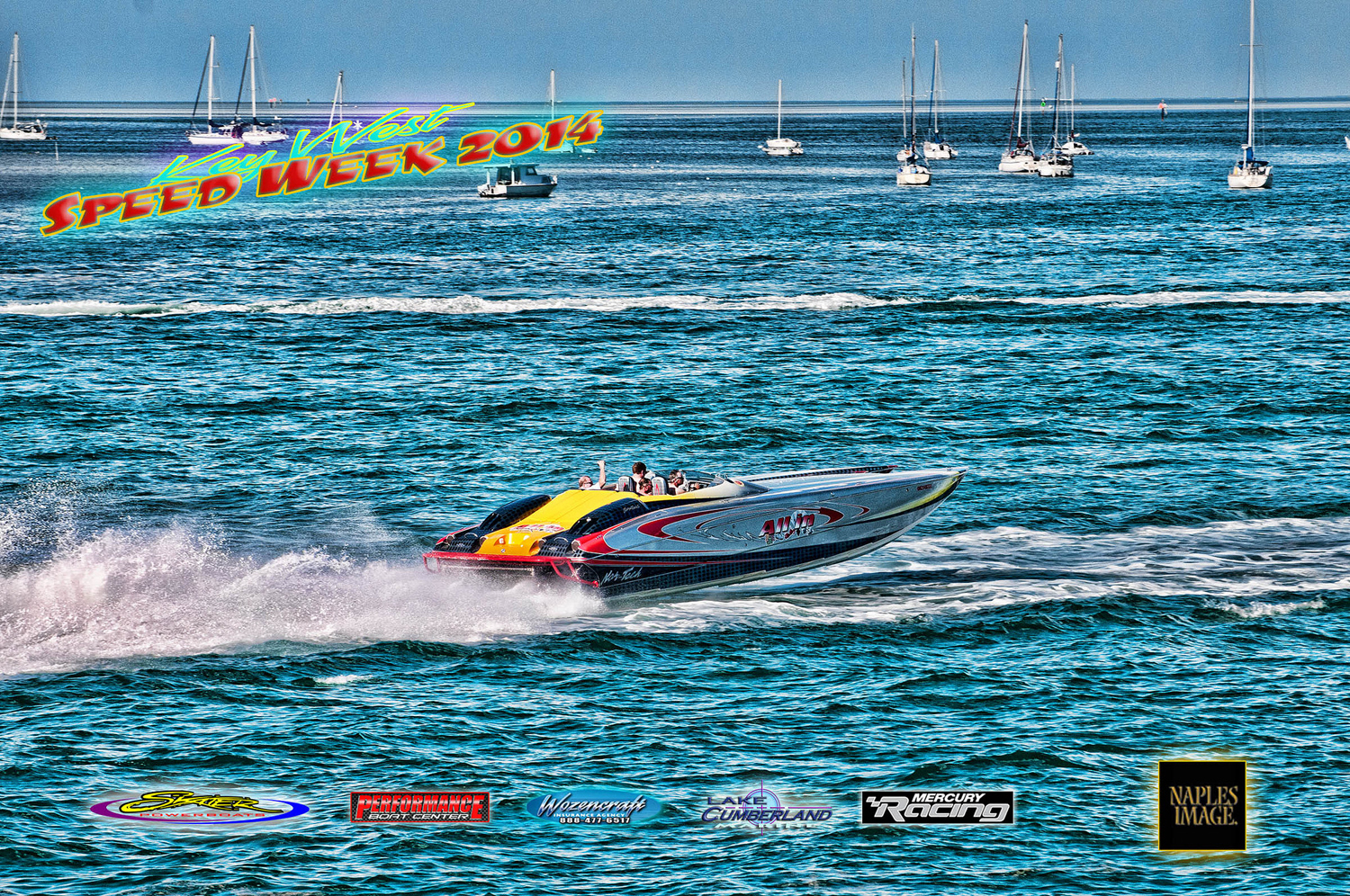 Just eight days from now, the first wave of high-performance V-bottoms, catamarans and center consoles will depart Miami and Coconut Grove bound for Key West in the Florida Powerboat’s annual Key West Poker Run. Another larger wave of go-fast boats will depart the following morning and by the time they arrive there should be more than 150 FPC-organized vessels docked in various marinas in the nation’s Southernmost City. And for the next three days, the party—make that parties—will rage.

Of course, the next eight days will find Stu Jones, the founder and owner of the Florida Powerboat Club based in Pompano Beach, Fla., in various mental states ranging from from anxious to elated. That Jones has organized the event since 1993 makes some elements of doing it again “routine,” but there are always last-minute details and surprises of pleasant and unpleasant kinds that add gray hairs to the transplanted Canadian’s head.

Chatting with Jones yesterday to see how things were shaping up for this year’s event, I realized that despite covering the Key West Poker Run many times since 1995 that there’s a whole lot I don’t know about it. So I asked him a bunch of random and not-so-random questions. What follows are his answers.

“I don’t know if anybody else even comes close. Since he joined the club in 2000, he has done every one of them. We have a lot of members who only do the Key West Poker Run, but by far Mark Fischer has done it the most.”

“Nor-Tech started with us in 1996 and they pretty much haven’t left. They have been a rock. In fact, I think they might be celebrating their 20th anniversary as a sponsor with us this year.”

“In 2007 and 2008—those were big years for us—we had more than 200 boats and it really wasn’t ‘too much.’ Key West has this amazing way of absorbing boats and people. Back then, it was easier because the City Marine was letting me run the show and they would make great money from it. One 40-foot dock space would have four boats rafted up in it, which meant something like 160 feet of dockage revenue. There were places where we had them in there eight deep.”

“In 1993, our first year, we had 22 boats. It was a Sonic event that had started as an owners’ rendezvous. I was hired to run it by the new owners [of Sonic]. We didn’t call it the Key West Poker Run. We called it the Key West Rally. We would stay in Marathon and boat down to Key West for the offshore race days.” 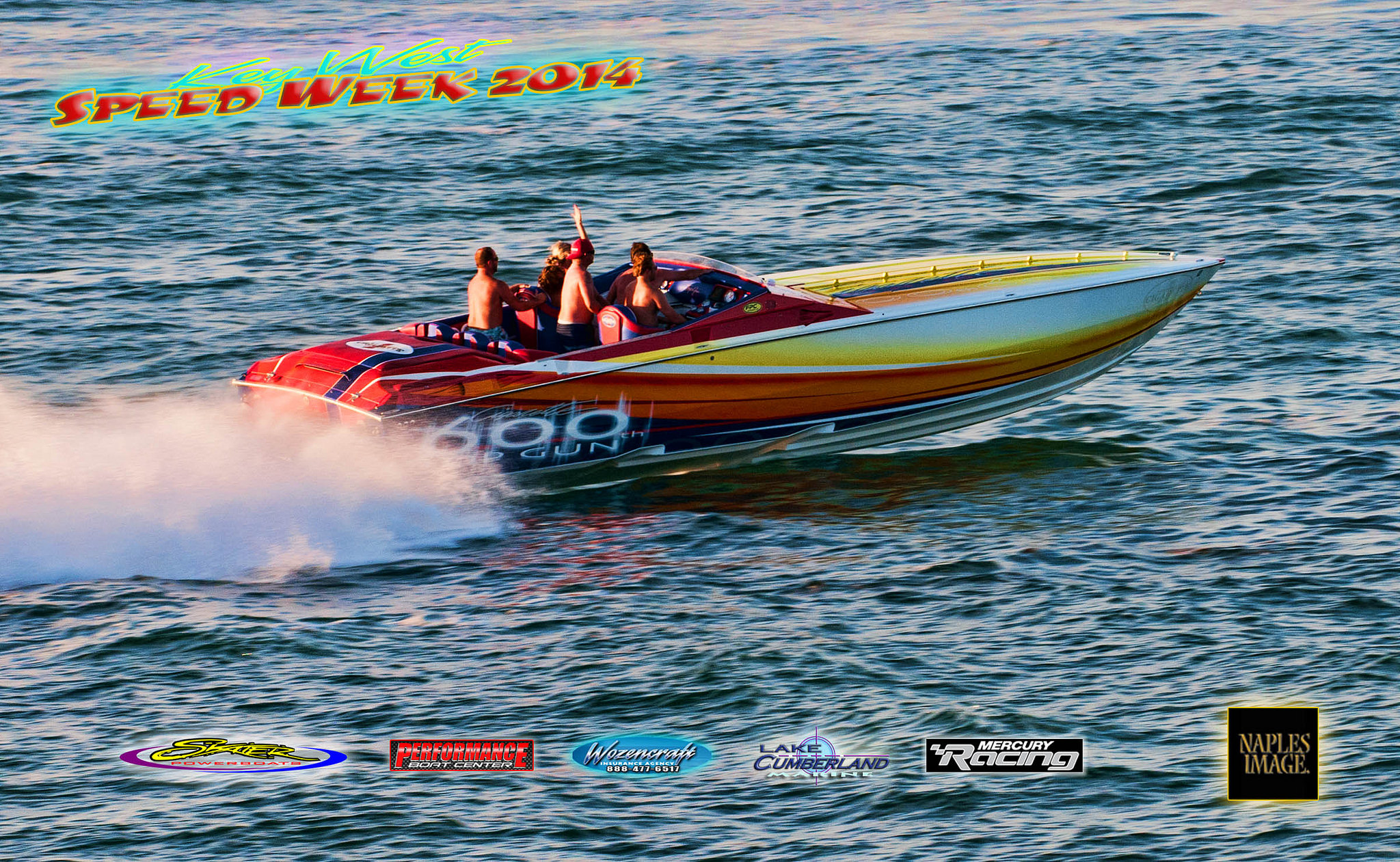 As it was last year, Cigarette Racing Team will be the best-represented brand at this year’s event. (Photo by Jay Nichols.)

“I think, for me, the best year was 2011. That was the year the World Trade Centers came down just two months before and we thought we were going to lose a lot of boats and participants—we thought people would be just too stricken with grief to want to do it. But it ended up working the opposite way. It was an event where people could go out and get together, live large and say, ‘We’re American and we’re still here!’ We had a huge turnout. And as a transplanted Canadian it was the first time I ever felt so patriotic and proud to be here. That was a banner year.”

“That was a really bad year for a couple of reasons. One was an employee who worked for me and created all kinds of problems, and the other was we had a boat hook and almost roll on the way home. Two people went in the water and almost got run over, which was one of the reasons I tell people at every captains’ meeting that they cannot run side by side. I saw the whole thing happen and it was really scary. But no one was seriously injured. Our safety record has been pretty darn good. That’s why I have the captains’ meetings in a quiet place, not some bar, before every run.”

“Texas is No. 1 by far. This year, we probably have 25 poker-run teams from Texas. Next in line would probably be Michigan or New Jersey—they are always neck and neck. But Texas always is the leading charger.”

Most Popular Boat Brands For Participants: Cigarette And Nor-Tech

“Cigarette has ‘won’ that one for the past two years, but it’s always back and forth between Nor-Tech and Cigarette. One year, MTI almost got it. It’s weird, though, somehow we still get a lot of Fountains. There are so many Fountains still around. They sure built a lot of boats.” 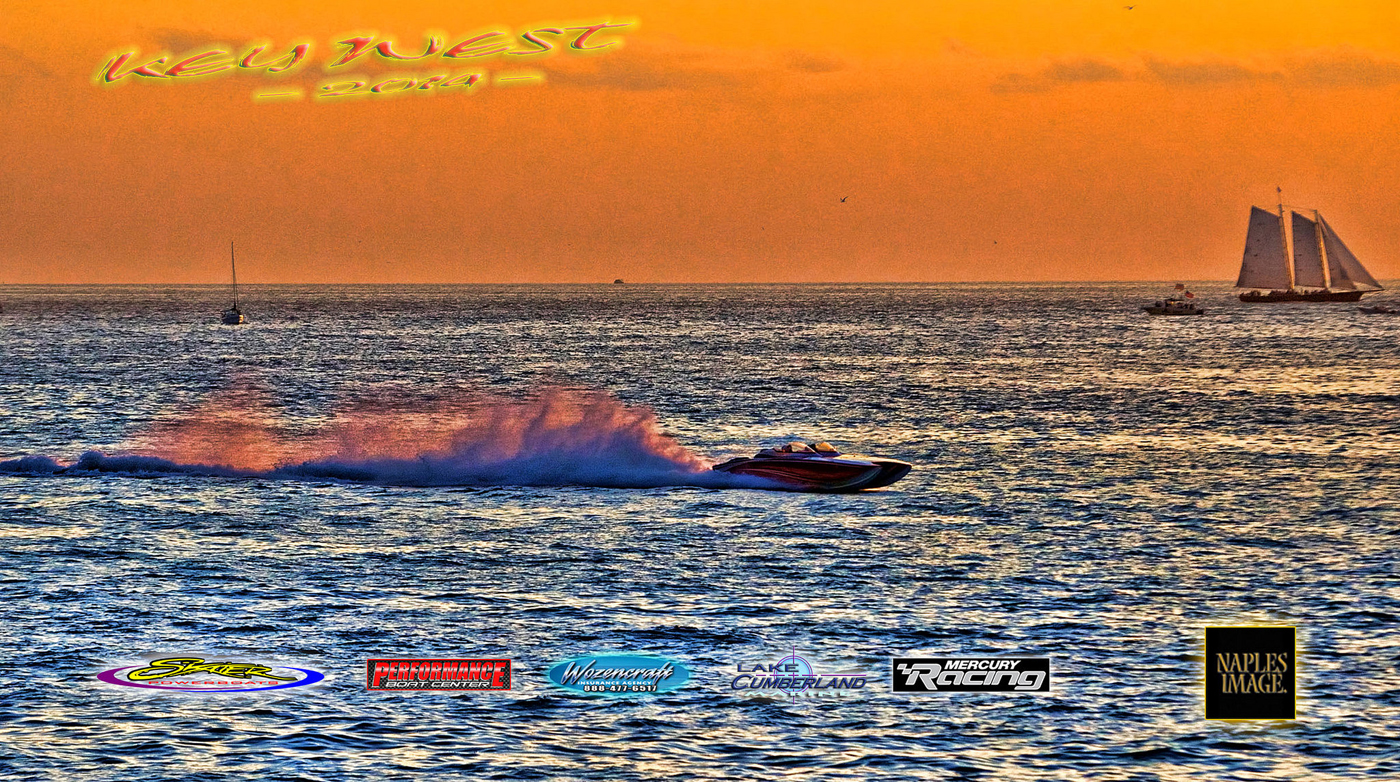 For all the right reasons, the Key West Poker Run always will be the Florida Powerboat Club’s signature event. (Photo by Jay Nichols.)

“It has to be about 40 feet by now, doesn’t it? The boats keep getting bigger and bigger. But when we started, it was probably 30 feet.”

Numbers Of Times Jones Has Disqualified A Member: 4-5

“Across all of our events in the entire club over the years, I’ve probably had to disqualify 15 people for rules and safety violations. But in the Key West we’ve disqualified just four or five people over years.”

Numbers Of Times Jones Has Been Assaulted By A Disqualified Member: 1

“In 2005 on the docks at Gilbert’s in Key Largo, a member cold-cocked me hard twice before I could try to defend myself after I disqualified him. I got a black eye that I had to live with for the rest of the weekend, but he had to spend the night in jail when he got to Key West because I pressed charges.”

“First place this year will have a value of about $28,000. Second place is worth about $8,000. This is the biggest purse we’ve ever had in Key West. This year, we’re giving away a 2015 Camaro convertible. We’ve always given away Mustangs in the past.”