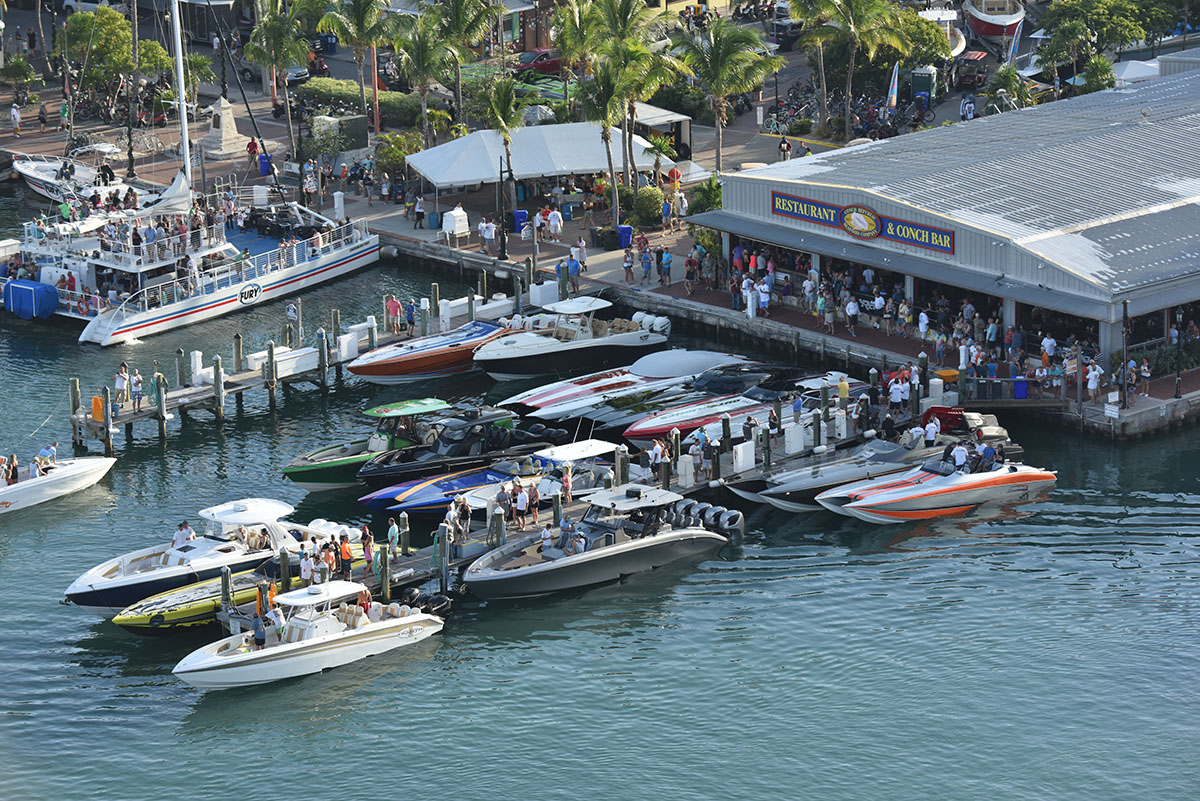 Standard fare for this time of year, the spotlight on the happenings in early to mid-November arranged around the Southernmost point in the country—Key West, Fla.—begins to take focus. Between the Super Boat International Key West Offshore World Championships and the Florida Powerboat Club’s Key West Poker Run that departs Miami on back-to-back days, the amount of performance boats that converge on the charming island town is incredible.

For my speedonthewater.com partner and fellow OSO columnist, Matt Trulio, and I it means it’s our chance to give people as good of an idea as any of what’s going to be taking place in Key West. In one way, we serve as event guides where you can find all kinds of information from what Superboat Extreme-class teams are competing to what new boats are going to be on display in poker run village via our 2016 Key West Coverage list.

In another aspect, we’ve actually become event planners when it comes to Key West as speedonthewater.com has hosted a party each of the last three years. This year OffshoreOnly.com and speedonthewater.com are teaming up for what should be a memorable—and charitable—Key West bash. Anyone is welcome to join the party, which is scheduled for Thursday, Nov. 10, from 7 to 10 p.m. at Sandbar Sports Grill. Your first drink is free and there will be food, music and a raffle featuring some pretty cool prizes (more details to follow).

When it comes to offshore racing, Key West is as about as good as it gets. (Photo by Pete Boden/Shoot 2 Thrill Pix)

Of course you’ll get to hang out with your fellow OSO members, but the party is sure to include quite a few movers and shakers in the industry along with many members of the dedicated offshore racing teams.

Beyond the fact that I’ll be in town to do my job, which is to provide as much news as possible from the event, to me the best part about Key West is getting to mingle with the like-minded people. Whether it’s a legendary boat builder, an innovative parts supplier, a dedicated crewmember, a hired-gun throttleman, a veteran poker runner or just a straight-up wannabe, the common interest is the same.

Earlier today I spoke with Stu Jones, the founder and president of the Florida Powerboat Club to get his take on how things are shaping up and see if he had any story leads for our 2016 Key West coverage.

He informed me that the Key West Poker Run has about 150 boats signed up but that it is not sold out. It does appear that the marine facilities throughout the city are completely filled though. And while he is clearly annoyed that people have “figured out how to go through the cracks by not registering with FPC and tipping all of the dockmasters around town,” he said the club can still accommodate more people for the run on either day as long as they have their own reservations for docks and rooms.

Jones said he is going to have some more news to report in the coming days. For the time being, I’ll stick to the news at hand and we’ll keep the Key West preview stories coming.