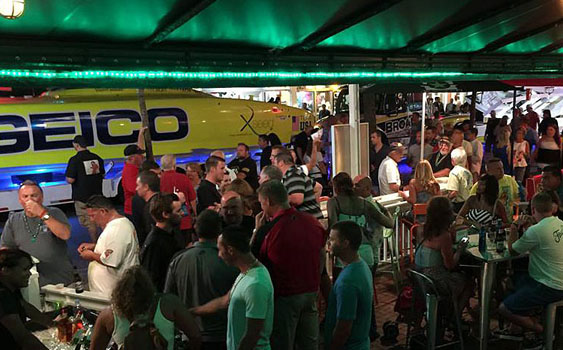 From the Desert Storm Poker Run in Arizona to the Boyne City Poker Run in Michigan, it happened to me a few times at every event I attended this year while providing coverage for OffshoreOnly.com and/or speedonthewater.com: Someone comes up to me, introduces him or herself and proceeds to tell me that they look forward to the speedonthewater.com weekly newsletter we send out each Friday or that they like all the stuff myself and Matt Trulio post on Facebook or one of the boating forums like OSO and BoatFreaks.org. It doesn’t get any better than that—honestly.

The same thing happened repetitively over a two-plus-hour stretch during the speedonthewater.com party at BurgerFi in Key West, Fla., last Friday night. That’s because we decided to grow the party from last year’s invitation-only affair—a majority of the people I already knew—into an open-to-the-public affair this year. Oh yeah, the party also coincided with the Super Boat International street party, which helped with the festive atmosphere. 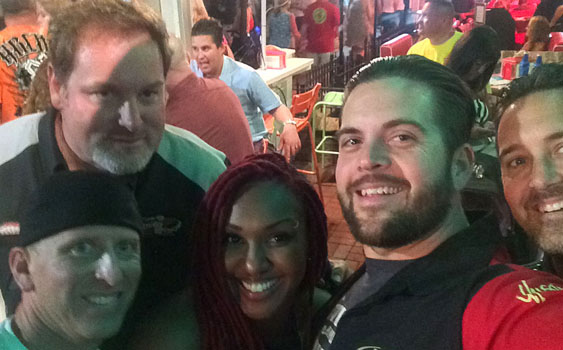 Of course, there were plenty of people I knew in attendance, but it was nice to meet so many people for the first time. Whether their name was familiar because they comment on stories often or because I’ve interviewed them over the phone for a story on their boat, it was nice to put a face with the name.

It also was cool to see friends and colleagues from all corners of the country. From California, New Jersey and Michigan to Florida, Washington and everywhere in between, I bet there were people from more than half of the country at the party. To be able to converse with a friend from Southern California alongside the guy he sold his boat to in Florida as well as a Tennessee boater he knows from the boards is pretty unique. And that—along with the party atmosphere—is what makes Key West so special. 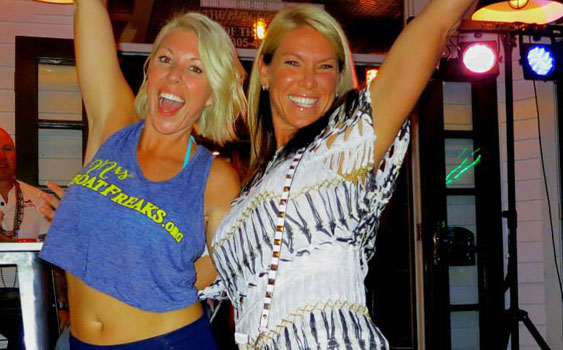 The newlywed, Spring Bailey, enjoys the party at BurgerFi with her friend, Yvonne Aleman.

The blend of offshore racing, which was off the charts this year, and the impressive fleet of boats for the Florida Powerboat Club Key West Poker Run, made this year’s Key West trip memorable. What made it unforgettable to me was the party at BurgerFi, which is co-owned by performance boat enthusiasts John Rosatti and Gino Gargiulo, both of whom ran their Marine Technology Inc., catamarans down from Miami to Key West in the poker run.

Special thanks to John, Gino and the rest of the BurgerFi crew—and thanks to everyone else who came to the party this year. We appreciate the encouragement and the criticism, and look forward to seeing everyone in Key West next year.