You are at:Home»Legends»A Hall of Famer in Every Way 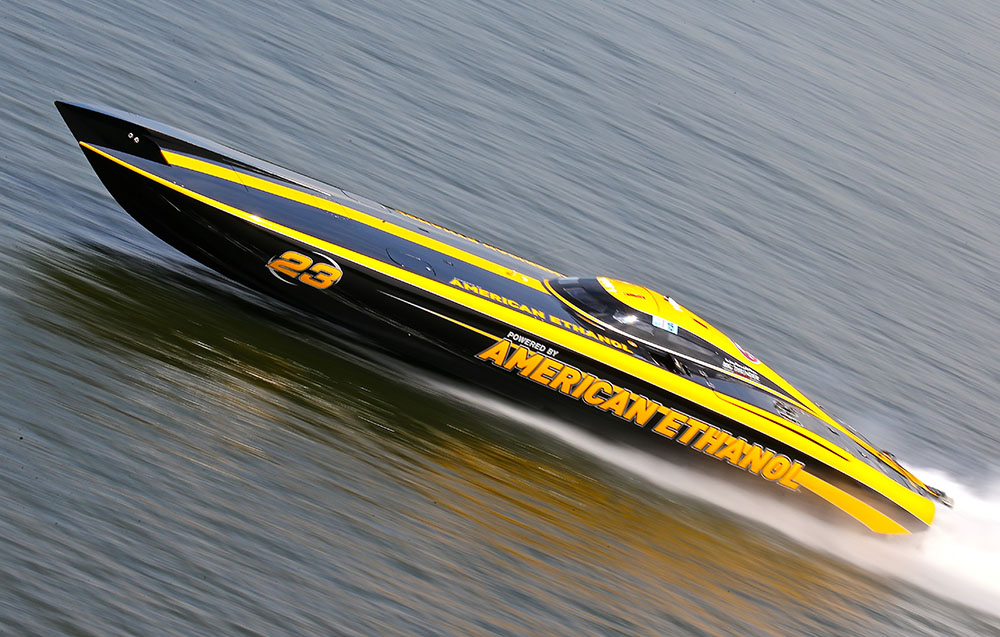 When John Cosker took the stage a week ago at the Stables at Cannon Smoked Saloon in Gravois Mills, Mo., to accept his well-cemented place in the Lake of the Ozarks Shootout Bob Morgan Memorial Hall of Fame, everyone in attendance understood the role Cosker has played in taking the Shootout to national and even international fame. Many people, including Cosker, also realized the Shootout’s significance in driving much of the advancements the boat designer/builder has made over the past two decades.

Last Tuesday, Cosker, who owns Mystic Powerboats in DeLand, Fla., was one of four people inducted into the fourth annual Hall of Fame, which is named after the legendary founder of Big Thunder Marine who died in a boating accident five years ago. Cosker joined the owners of PlayCraft Boats in Richland, Mo., Jim and Carolyn Dorris, who have a combined 40 years participating in the Shootout, and retired Osage Beach firefighter and volunteer for the Shootout for 19 years, Rick Smith. For many years, Smith was the man in charge of the course. 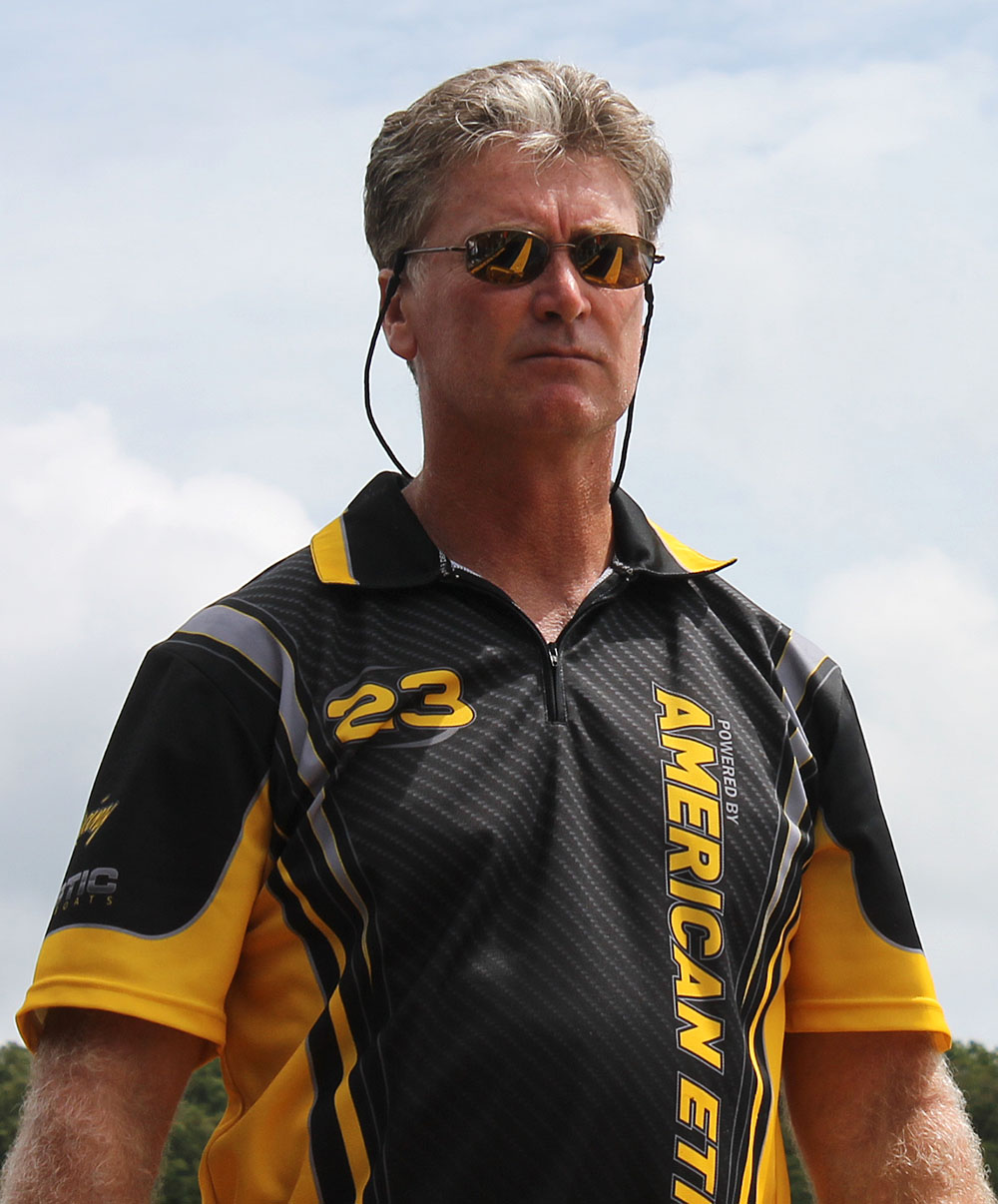 When it comes to the Lake of the Ozarks Shootout, Mystic Powerboats founder John Cosker is as cool as they come. (Photo by Jason Johnson.)

Posthumously, a colleague—Powerboat magazine photographer Tom Newby—also was honored for his talent and efforts that helped put the Shootout on the map nationally. The 2007 Shootout was the final event Newby covered for the magazine—he died two weeks later during a magazine photo shoot in Sarasota, Fla. His widow and youngest son were able to attend the dinner.

Back to Cosker—the most decorated Hall of Fame member ever. The man, who since 2003, has built the boats that have taken home 12 of the last 14 Top Gun titles. Of those victories, Cosker himself has throttled six of the winning boats, including this year’s defending Top Gun champion—the 217-mph American Ethanol Mystic owned by Don Onken and driven by Slug Hefner.

The Spirit of Qatar 50-foot Mystic set an all-time-best Lake of the Ozarks Shootout top speed with its 244-mph run in 2014. (Photo by Jimmy Biro.)

“This is a great feeling,” Cosker said, admiring the banners on display showcasing the Mystic models owned by Dave Scott, Bill Tomlinson, Sheikh Hassan bin Jabor Al-Thani and Onken that have won overall Top Gun honors at all but one Shootout since the event moved to Captain Ron’s in Sunrise Beach in 2008. “This is an amazing event and it’s been great for Mystic.”

With a definitive swing to the luxury performance center console market with the Mystic M4200 and the recently announced M3800 model, Cosker said he has a renewed appreciation for the boating lifestyle.

“We still have the desire to run fast, in fact we just launched Slug Hefner’s new 50-foot cat the other day,” Cosker said. “But when you’re out there on the water in our M4200, it’s two different worlds. It’s like the 42 got me back into boating—boating with my family and really enjoying the water. But the cats are just an adrenaline rush that you can’t set aside. I hope we can always build both of them.”