You are at:Home»Legends»Keeping the Legacy Alive 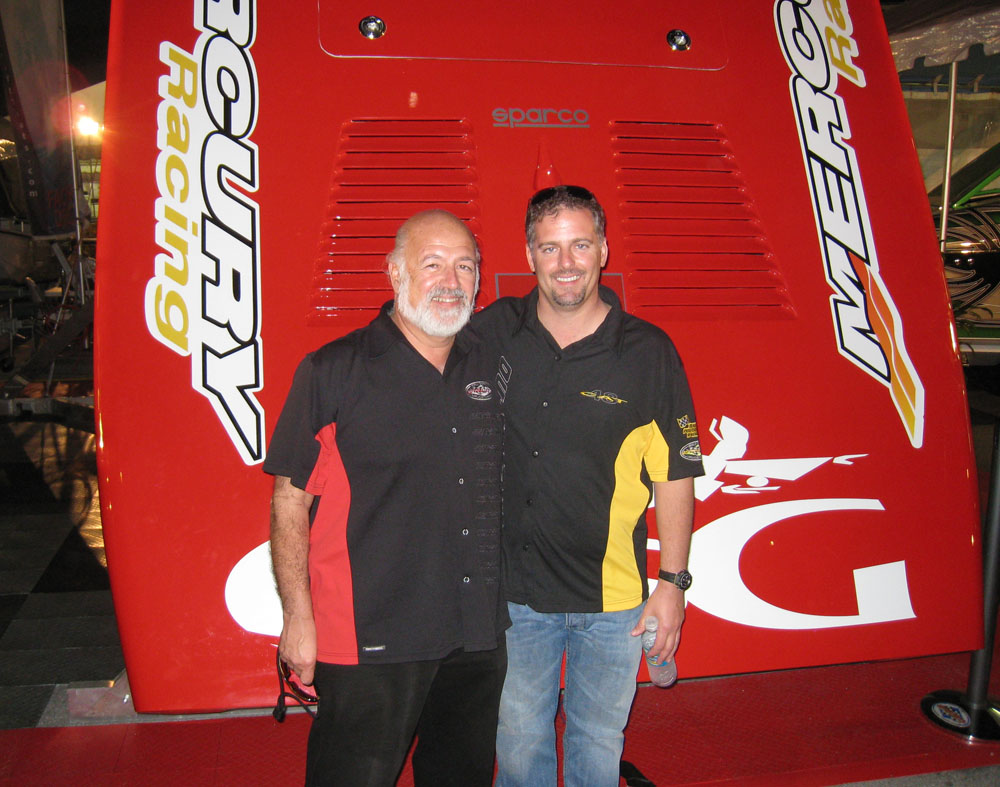 Paul and Mike Fiore share a classic father-and-son moment at the Miami International Boat Show in 2008. (Photo courtesy of Outerlimits.)

It’s hard to believe it’s been a year since the relentless, talented, innovative, fearless, fun-loving founder of Outerlimits Offshore Powerboats—Mike Fiore—died at the age of 44 from injuries sustained in an accident at the 2014 Lake of the Ozarks Shootout in Missouri.

At the same time, when you look at what has taken place in the performance boat industry throughout the last 12 months—let alone how eventful things have been at Outerlimits between delivering several new V-bottoms, starting a new 44-foot center console and wrapping up its first 39-foot pleasure catamaran—it’s easy to see where the time has gone.

I was at the Shootout when the accident happened on August 26, 2014, I attended the memorial service in California a few weeks later and I’ve covered several of the fundraising efforts put forth by the people whose lives were touched so very deeply by Fiore, including a snowmobile gathering in January and two memorial poker runs this past weekend in Ontario, Canada and New Jersey (click the links to read the stories). Yet it still seems unreal that Fiore is no longer with us or that none of us will be sharing a laugh with him at the Performance Boat Center party the Thursday before this year’s Shootout. 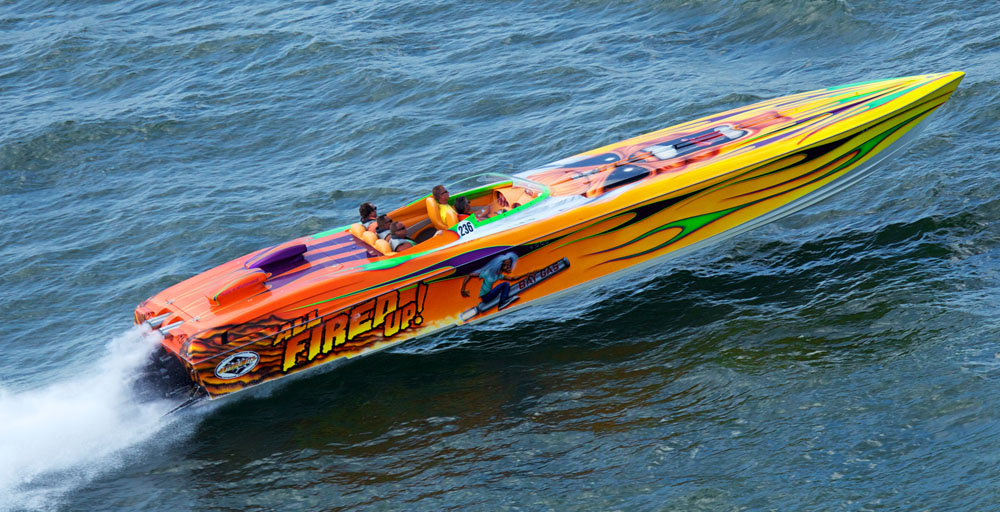 Johnny O’Loughlin, who owns the All Fired Up Outerlimits, was a major contributor in making sure last weekend’s memorial poker run in New Jersey happened. Photo by Tim Sharkey/Sharkey-Images (http://sharkeyimages.zenfolio.com)

Of course Fiore will be honored at the Shootout in a few weeks, and hopefully the tributes are fitting, but here’s what I don’t ever see happening: Mike Fiore is forgotten. He has way too many friends in this community and his drive to push the limits in this industry is cemented in history. Let’s hope the memorial events that were put together by the Performance Boat Club of Canada and Poker Runs America can live on in his name.

Now do those events need to remain fundraisers for Fiore’s three children? That’s for the organizers to decide, not me. Either way, if there is a charitable aspect and an opportunity to remember the creative custom boat builder, that’s what really matters. 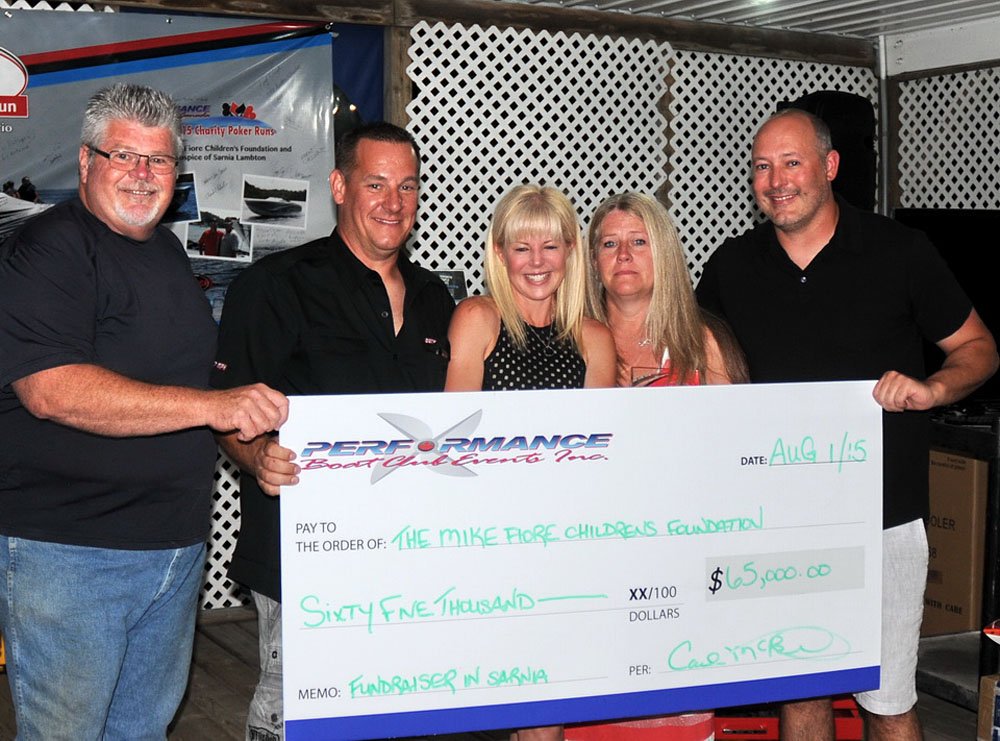 I spoke with Fiore’s father, Paul, and his brother-in-law and close friend, Dustin Whipple, earlier this week, and they both shared similar sentiments. They would like Mike to be remembered just as much for the impact he made on his family and friends’ lives as for his contributions to and accomplishments in the go-fast boating world. 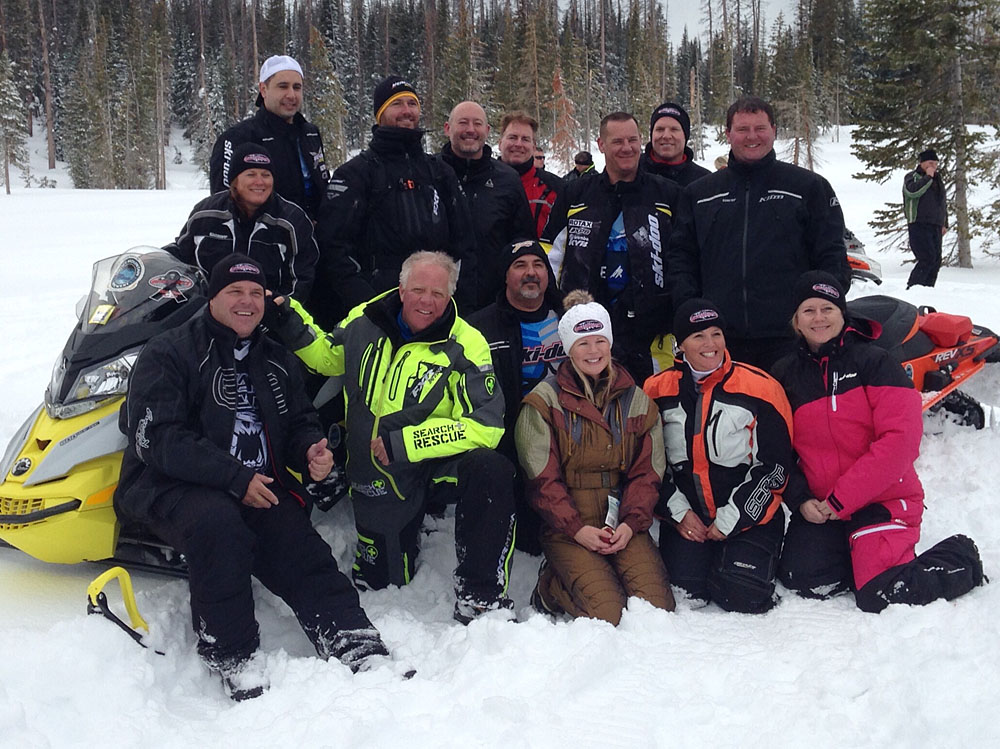 In late January the bond between several performance boat enthusiasts grew even stronger during a memorial poker run in Fiore’s honor in the mountains of Wyoming. (Photo courtesy Michael Janssen.)

“Mike was such a courageous person in the factory, on a racecourse and as a father and a husband,” said longtime Outerlimits customer Johnny O’Loughlin, who attended the Poker Runs America-organized event hosted at Trenton Marine in Toms River. “It was such a horrible loss, but the best thing all of us can do is to try to carry on what he started.

“The greatest tribute we could give him is to carry on and hope his children benefit from all of this some day,” he continued. “I know Mike was looking down on us last weekend and giving us a thumbs up.”