You are at:Home»Legends»No Fairy-Tale Ending for Steve David 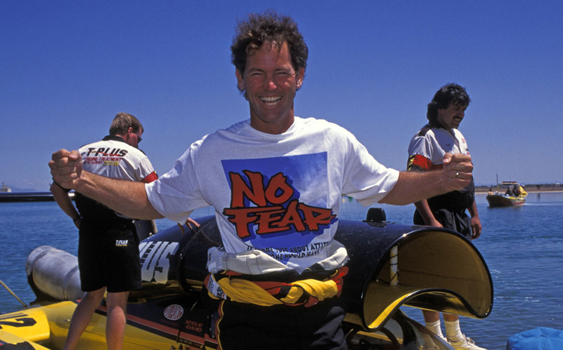 From piloting the T-Plus hydroplane in the 1990s to his last 13 years with the Miss Madison Racing team, Steve David has enjoyed every minute getting to drive the impressive thunder boats. (Photo by F. Peirce Williams.)

Let me start by apologizing to Jimmy Shane, who won his first H1 Unlimited national championship following a first-place finish in the San Diego Bayfair final on Sunday, as well as the other drivers lined up for the final—Kip Brown, Greg Hopp, Tom Thompson and Mike Webster.

I know I wasn’t the only person on the beach at Mission Bay Park silently rooting for Steve David to snag the checkered flag in the Oh Boy! Oberto boat and bring home his fifth national championship in the final race of his 25-year Unlimited hydroplane racing career. But as a journalist, I’m supposed to remain impartial—and most of the time I do a fine job of that.

What a story it would have made with David riding off into the sunset as a national champion. It almost writes itself. I consider David a friend, and even if I didn’t, it would be hard not to root for the living legend. As many of you know, the former American Power Boat Association (APBA) president from 1996 to 1998 is respected as much for being a class act on and off the racecourse as he is for being a winner on it. 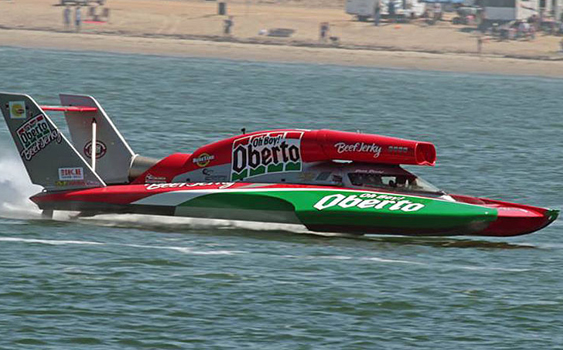 Whoever the Miss Madison Racing team chooses to take over as driver of the Oh Boy! Oberto Unlimited hydroplane is going to have some big shoes to fill. (Photo by Chris Denslow/H1 Unlimited.)

My interactions with the six-time APBA Hall of Champions inductee—from covering the H1 Unlimited tour to testing boats alongside him for Powerboat magazine to being included in his prayers when my daughter was born 10 weeks premature—have all been positive. It’s been easy to admire him.

You don’t have to take my word for it though. Between heartfelt newspaper articles in the Detroit, Seattle and Madison, Ind., newspapers after David announced his retirement last week (read my speedonthewater.com story here) and the hundreds of Facebook comments from fans who adored him, saying that David is well respected might be an understatement.

Some highly regarded figures in the boat racing community from Alan “Brownie” Brown and Rich Luhrs to Rich Schnippel and the Miss GEICO Offshore Racing team sang nothing but praises for David in terms of his generosity, leadership and competitiveness with comments in the public forums on OffshoreOnly.com. That says a lot. 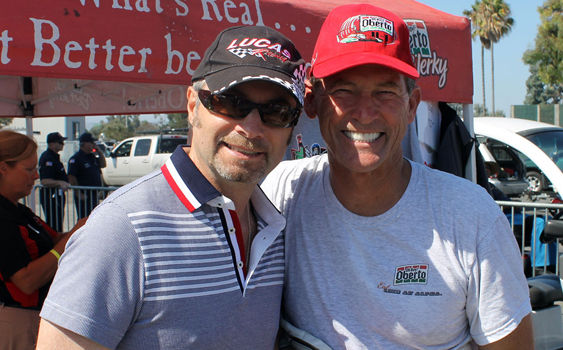 World champion throttleman Nigel Hook came out to San Diego Bayfair to watch and support his former offshore racing teammate in the final race of his career. (Photo by Jason Johnson.)

Many people are going to miss David, that’s for sure, but considering how giving the man has been with his time and energy over several decades, there’s no way he won’t remain as one of the greatest ambassadors for the sport. Just don’t expect him to be anywhere near the Unlimited circuit next season, as he and his wife, Sabrina, are taking the summer off for some R&R between the Bahamas and their second home in the Florida Keys. 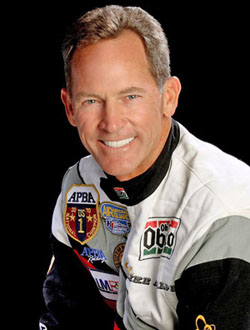 A Florida resident and past APBA president, Steve David has been racing boats for nearly 45 years. (Courtesy H1 Unlimited.)

Admittedly feeling bittersweet, Sabrina said she’ll miss Madison, Detroit, Washington’s Tri-Cities and the other towns on the H1 tour, but she’s really looking forward to seeing some other parts of the country and the world.

“I wasn’t sure how I was going to feel [about Steve’s last race], but happy is not it,” Sabrina said from the race pits in San Diego. “I’m relieved in a sense that I don’t have to worry about him as much anymore, but it’s such a huge part of his life and he loves it so much, I just hope he’s going to be OK with it. I think he will be. But when you stop doing something that you love so much after 45 years, it has to be tough.”

After his final race in San Diego, David referred to life as a book and said he can’t wait to see what the next chapter has in store. He added that racing is in his blood so he sees himself staying involved in some way. That being said, he’s definitely at peace with leaving the cockpit.

“Jumping the gun today is one of the things I’ve been talking about when I said I’m at 99.5 percent of what I need to be,” David said. “I used to be at 100 percent. I made some errors this year that I didn’t make when I was 100 percent—and once you know you’re not as good, it’s time to pack it in and give someone else a chance.”

As it turned out, the race, as well as much of David’s 2013 season that included a disappointing outcome at the Detroit Gold Cup, was a bit of a letdown. Still, after the heartache from a long, competitive season that came down to a penalty for jumping the gun by 1/30th of a second, David managed to flash his trademark smile from ear to ear.