You are at:Home»Legends»Outerlimits Kilo Record: One Year Later 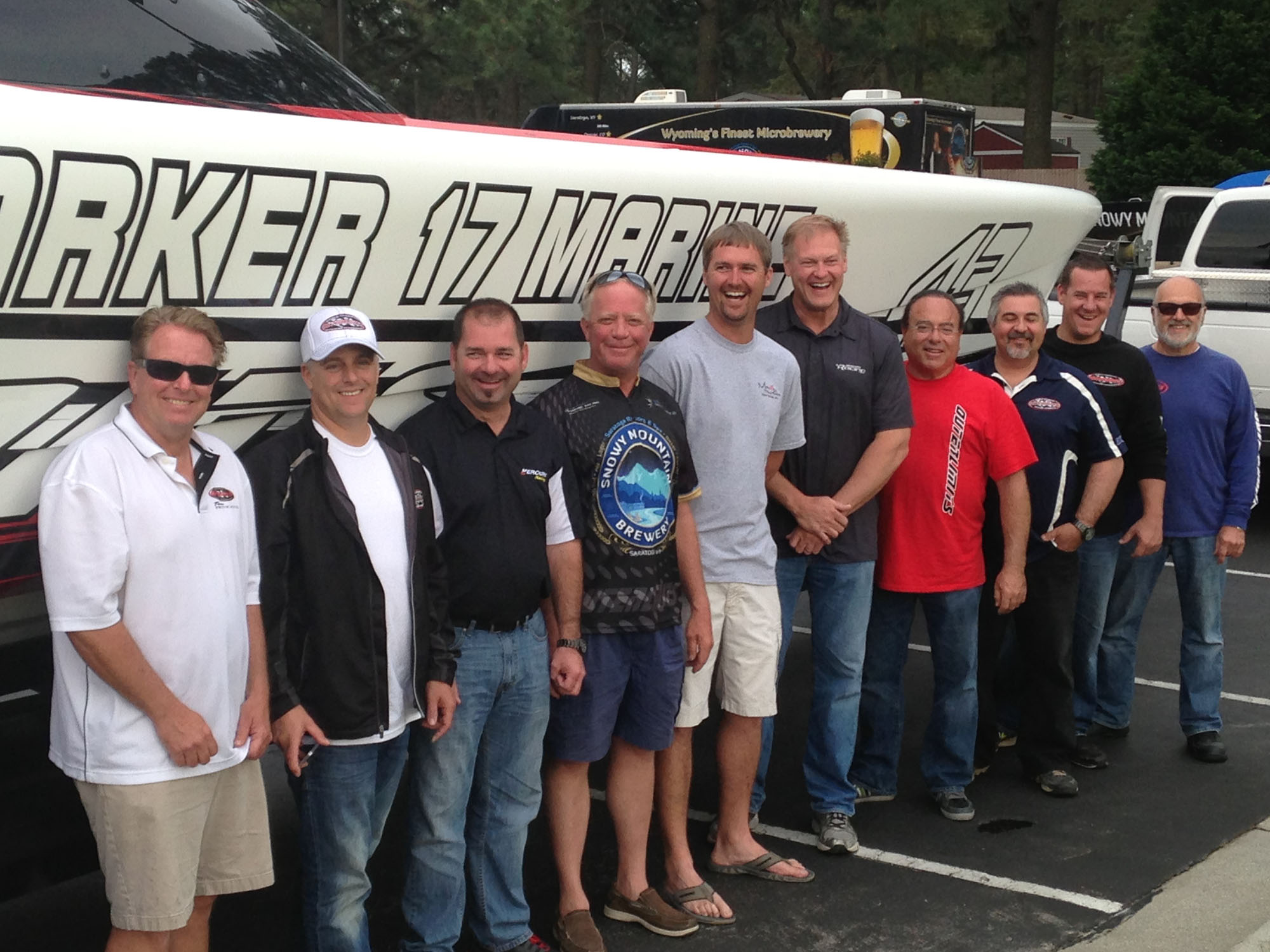 For the people who came together for the Outerlimits kilo runs a year ago, the memories of those record-setting days will never fade.

A text from longtime Outerlimits Offshore Powerboats customer Mark Tuck popped up on my phone yesterday, and it took my breath away. The text read:

“Hard to believe it was one year ago tomorrow when we did the kilo runs. It’s amazing how much things can change in a year.”

Tuck was the chief organizer of the Outerlimits V-bottom kilo record runs that began one year ago today on a gray and drizzly morning in Washington, N.C. To get there in time, I flew home from the 2014 Desert Storm event in Arizona, stopped by my home in Northern California just long enough to repack and kiss everyone hello and goodbye, and hopped on an eastbound flight for Raleigh-Durham that landed just before midnight.

Six hours later, I was standing on the shore of the Pamlico River next to Mike Fiore, the founder of Outerlimits Offshore Powerboats; his father, Paul; and his best friend and longtime client Joe Sgro, the owner of the SV 43 that would set the final kilo record the following morning. Like everyone in the small group assembled to witness the record attempts, I’d known the event was coming for months. But when the green light came—it came fast.

Tuck’s text this morning triggered more memories than I can recount, all bittersweet now with Fiore’s death last August. 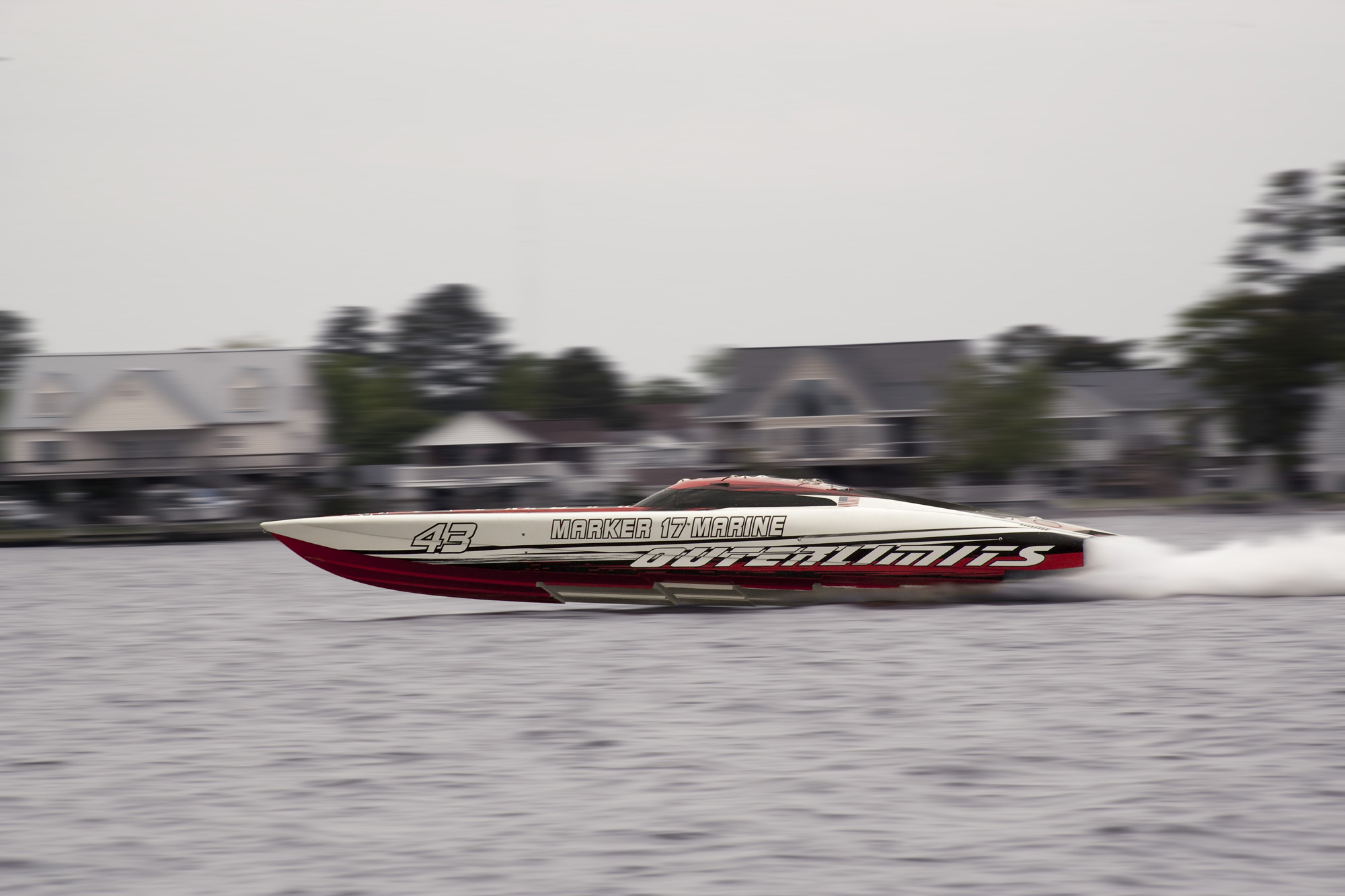 Piloted by Brian Forehand with Joe Sgro on board, Srgo’s 43-footer rocketed its way into history. (Photo by David Clark/Day One Creative, Inc.)

Piloted by Brian Forehand, Sgro’s 43-footer powered by a pair of Mercury Racing 1650 engines courtesy of Outerlimits customer Dave Scotto—also in Washington with friends for those two amazing days—actually broke the existing record on the first day. But the boat didn’t break it big enough for Fiore, so the team decided to come back the next day and have another go at it.

And then came the magic. With Sgro on board, Forehand piloted the SV 43 to a kilo record average speed of 180.464 mph, obliterating the previous mark of 171 mph set by Reggie Fountain and Ben Robertson in a 42-foot Fountain. When American Power Boat Association official Fred Hauenstein read the average speed aloud, the small crowd assembled in middle-of-nowhere North Carolina turned giddy. From Mercury Racing’s Erik Christiansen and Mike Griffiths to the Snowy Mountain Brewery offshore racing team’s Michael “Doc” Janssen and Dan Davies, everyone who made the trek to support Fiore was delighted.

“My strongest memories are of the boats running down the course on the second day and the jubilation of Mike Fiore,” said Tuck during a phone call yesterday afternoon. “It was like a burden had been lifted off his back.”

Tuck nailed it. But as strong as those memories are, my strongest and fondest remembrance from those two remarkable days was of Paul and Mike Fiore standing next to Sgro on the shoreline that first morning. Father, son and best friend—a father and best friend who was beyond proud of the young man who accomplished so much in his short life; a young man who was beyond happy to be reaching a long-held goal. 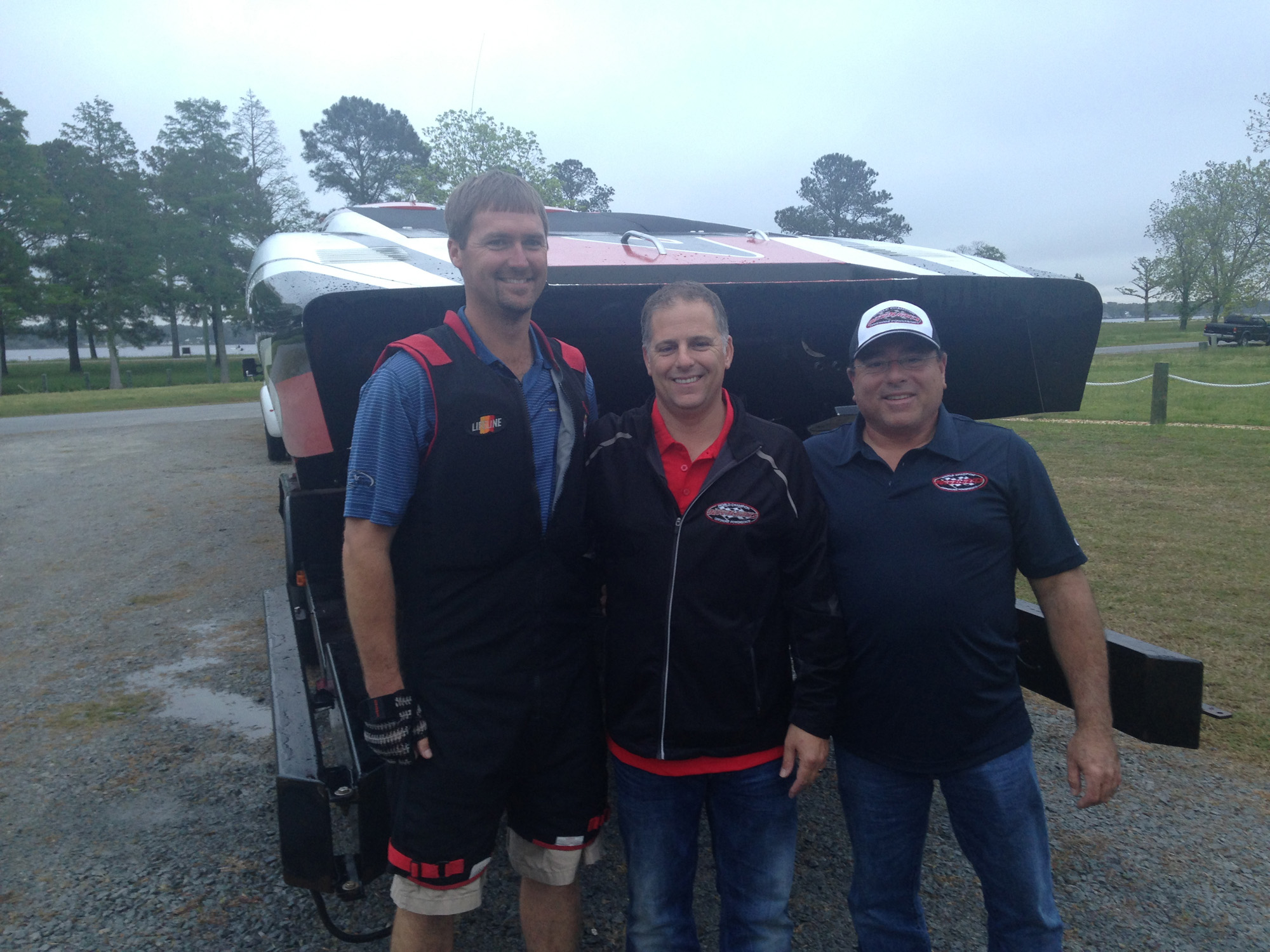 The men who made it happen—Brian Forehand, Mike Fiore and Joe Sgro.

No one who watched history unfold from the shores of the Pamlico Rivers those days will ever forget it. On Monday night, the day before the current record was set, we all had dinner at a local Italian restaurant. Fountain Powerboats founder Reggie Fountain was just finishing up his supper before we arrived, and true to his Southern gentleman roots he was warm and gracious to all. And Sgro, in his finest Northeastern gentleman form, served pizza from table to table.