You are at:Home»LOTO»Lake of the Ozarks Connection 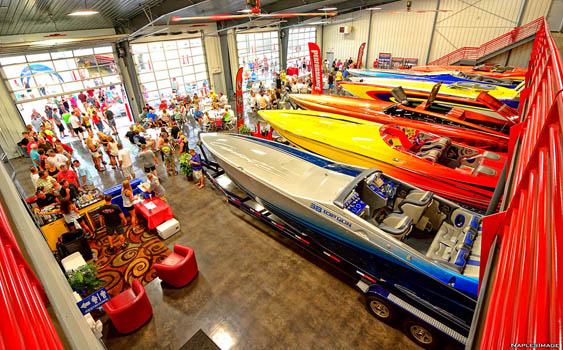 Two of my most recent stories on speedonthewater.com gave mention to the news that the 27th annual Lake of the Ozarks Shootout has a new presenting sponsor. Yet neither of those stories was actually about the popular event in Central Missouri. They both related to said sponsor—Performance Boat Center in Osage Beach, Mo.

“Whether it was a couple of banners or presenting a portion of the radio/TV broadcast, since opening Performance Boat Center we’ve always been a sponsor of some sort for the Shootout,” Manire said during a busy Monday afternoon. “We realize that the Shootout brings tons of people to the lake—we travel to a lot of national events and we meet a lot of people who have heard about us from the Shootout. We also know the event is huge for our local economy and we feel that if we get behind it, we can get even more people—and revenue—to the lake. It really is so easy to boat here—Lake of the Ozarks has so much to offer whether you’re going from restaurant to restaurant, coving out or just looking to run your boat in some fun, rough water.”

But rather than just hear why the sponsorship means so much to Performance Boat Center, I decided to catch up with Shootout organizer Ron Duggan, who owns the Sunrise Beach property—Captain Ron’s—that has hosted the Shootout since 2008. In the middle of opening his new coffee shop, the Funky Buffalo, in Camdenton, Duggan discussed his enthusiasm for the 2015 Shootout as well as the support the event is receiving from Performance Boat Center. 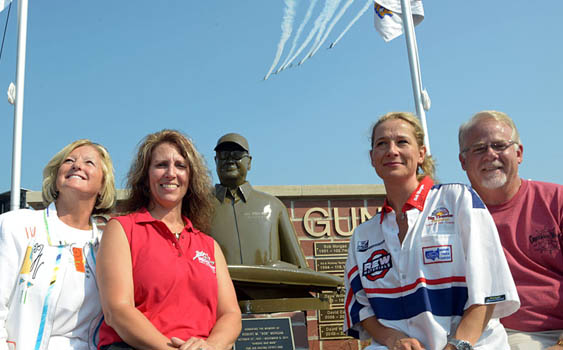 “We are thrilled to have Performance Boat Center involved on a larger scale with next year’s Lake of the Ozarks Shootout,” Duggan said. “I think the Shootout is a perfect fit for them—they have a wonderful facility that will accommodate a lot of people coming into town for the Shootout.”

Duggan, who said several things are being considered for next year’s Shootout, including a potential venue change for the event’s street party and the number of Hall of Fame inductees, added that the Shootout committee is meeting soon to figure out a best-case-scenario for participants and organizers alike.

In the meantime, Duggan is beyond excited to have such a high-end facility available to take care of Shootout participants and host a Shootout welcome party.

“We’re always searching for additional donations to increase what we’re giving out to the local charities,” Duggan said. “We’ve been looking for a title sponsor with the same goals in the mind as the Shootout committee—giving back to the local community. And Performance Boat Center was the perfect fit.”

Along with donating a sizable amount of money, Duggan said the Shootout is focused on safety as the committee is planning to fly a helicopter above the one-mile course throughout the entire top-speed event whether the participant is racing a personal watercraft or a twin-engine 50-foot catamaran.

“We’ve always tried to do everything we can to make the event as safe as possible,” said Duggan, who added that registration fees for two passes along the course will double in 2015 to $100 to help cover costs for the helicopter and rescue crew. “We had a great track record up until this year so if there are any additional safety measures we can implement, we will try to do just that.”