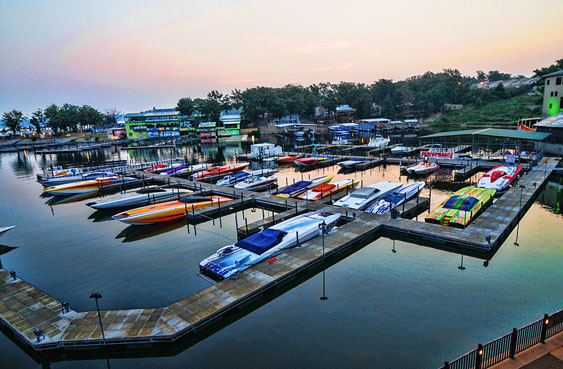 Although it may not be packed with high-dollar catamarans come June, Camden on the Lake will host a breakfast before the start of the inaugural Lake of the Ozarks Fun Run. (Photo by Jay Nichols.)

While reporting for a story that I posted yesterday on speedonthewater.com, I had a good conversation with Alvin Heathman, a former offshore racer who is one of the promoters of Lake Race, which is returning to Missouri’s Lake of the Ozarks for a second year June 7-8. He informed me that there was going to be a fun run held in conjunction with this year’s race.

Heathman told me that Osage Beach Fire Protection District Fire Chief Jeff Dorhauer, who last year was inducted into the inaugural Lake of the Ozarks Shootout Hall of Fame after organizing the event for several years, was going to be involved with hosting the Lake of the Ozarks Fun Run on June 5 along with other local fire fighters. 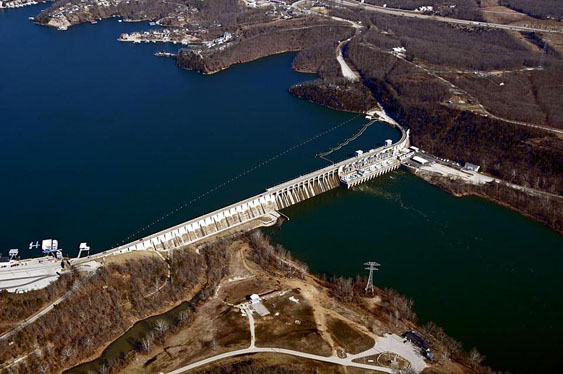 “When we first discussed the idea of putting together a fun run in association with Lake Race it was kind of a way for myself and some other firefighters to get back involved with a local boating event,” said Dorhauer, who was the Shootout chairman for more than a decade. “We are going to model the fun run after the Harbor Hop that is hosted by the Lake of the Ozarks Convention & Visitors Bureau each spring and fall. We have a breakfast planned for Thursday morning at Camden on Lake and then participants can leave whenever they want to the 12 or 13 waterfront bars/restaurants between the Bagnell Dam and mile marker 31.

“There won’t be a specific start time—you can start in the afternoon if you want—and there is no order to the stops along the run,” he continued. “We’re expecting to have some performance boats participate thanks to the involvement with the race, but the event is open to all types of boats. You can do it in a Sea Ray, a pontoon, a fishing boat or even a personal watercraft if you want. The fun run will conclude with a party at Topsider Lounge, which will be a joint event with Lake Race.” 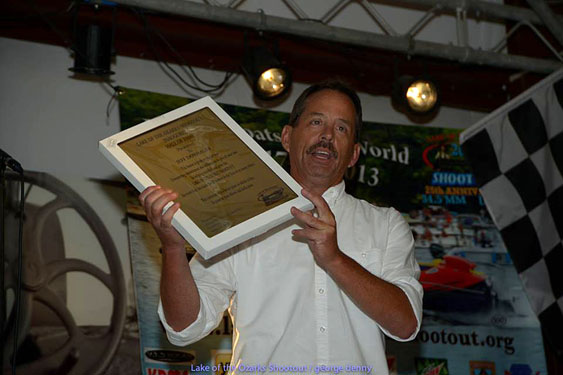 As it turns out, Dorhauer plans to be as involved as needed when it comes to the event, but he’s expecting the Lake Area Fire Fighters Association—IAFF (International Association of Fire Fighters) Local 3987—to pick up most of the organizational responsibilities.

Dorhauer said the nonprofit event is a fundraiser for the local fire districts with the money raised going toward the various charitable causes the districts are affiliated with, including burn centers, cancer wards, burn victim camps and more.

While the main attraction at Lake of the Ozarks in early June will be the Lake Race and its $75,000 prize purse ($40,000 of which is set aside for the “run-what-you-brung” main event), the Lake of the Ozarks Fun Run is shaping up to be a fine addition to the race week. With a massive amount of support from the fire districts and the knowledge and passion that Dorhauer brings to the table, there’s no doubt the fun run will be just that—a lot of fun.