You are at:Home»Maintenance»The Hazards of Cockpits on Old Raceboats 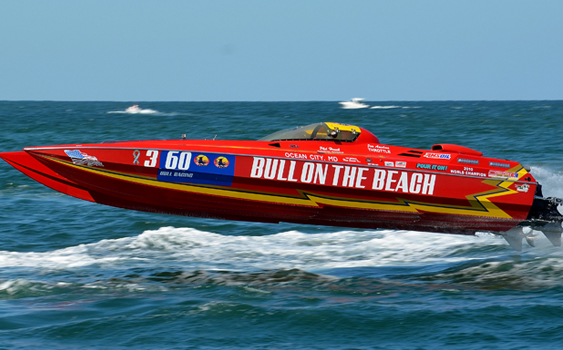 When Randy Scism was the team manager and throttleman at the Victory Team in Dubai, he watched an Unlimited hydroplane flip during a race and was impressed with how easily the driver escaped the wreck through the escape hatch in the cockpit sole. Scism decided to put escape hatches in all the catamarans in the Victory Team fleet.

At the next race, Scism and his driver rolled their boat at high speed and crawled out easily through the tunnel escape hatch. It was only after the boat was recovered that the team found out that the hinges and latching system on the top canopy hatch had bent during the wreck and couldn’t even be pried open with bars. Scism and his driver wouldn’t have been able to escape and, more than likely, wouldn’t have survived the accident.

Before I started to write about offshore racing in the mid 1990s, I covered the Unlimited hydroplane circuit for Soundings and for Powerboat magazine. When the enclosed cockpits were introduced in the Unlimiteds, many drivers felt they were invincible and some pushed their boats harder than they ever would have dared before they were strapped in. I watched when Steve Reynolds flipped the Miss Cellular One in Madison, Ind., and wound up in a coma.

Reynolds never raced again. Post-wreck inspections on the boat revealed that there was orange paint from Reynolds’ helmet all over the inside of the cockpit. The confines of the cockpit were so tight that Reynolds hit his head numerous times, causing brain trauma. Future Unlimited hydroplanes were designed with more room in the cockpit for neck stretch and since that time drivers have walked away from more blowovers.

Years later, I watched with concern during a technical inspection on a boat with an enclosed cockpit at an offshore race. The driver and throttleman sat in the boat with their helmets on as the cockpit hatches were closed above them. It appeared as if there was less than an inch clearance between the throttleman’s helmet and the lid. I mentioned it to the technical inspector and his response was a blank stare and a shoulder shrug.

So when I look at these 10- and 15-year-old hulls still being run in competition, I can’t help but wonder how up-to-date the canopies and internal safety systems are. Phil Houck owns the 1992 Skater 32, Bull On The Beach, which is the former How Sweet It Is. The boat is campaigned by Jim and Bob Anselma in the Offshore Performance Association’s Class 3, which has a 95-mph speed limit. Two years ago, Houck had the deck and F-16 quarter canopies reinforced with a full roll cage that extends down through the cockpit sole and attaches to the stringers.

A full roll cage is part of the construction process on every enclosed boat built at Marine Technology Inc., said company president Randy Scism. “We’ve gone further than anyone has to date to try to make them safer and safer, but there’s no guarantee that it’s going to be safe,” said Scism. MTI uses four ½-inch thick polycarbonate plates to form 2-inch thick windows in its cockpits. The bars of the roll cages are wrapped in alternating layers of kevlar and carbon fiber like a barber pole and then tabbed to the stringer system. MTI also applies heavy-duty reinforcements to the flange between the canopy and the boat’s deck.

Mystic Powerboats president John Cosker said that engineering on his boats’ cockpits has improved in quantum leaps in the last 10 years. The cockpit on the Miss GEICO turbine boat was considered state of the art when the boat was built in 2002, but Cosker said that the engineering on the boat he’s finishing for Sheikh Hassan’s Team Qatar is “10 times better.” Mystics have reinforcements in their cockpits similar to MTIs, but Cosker prefers to use 1-inch stretched acrylic for his boat’s windshields. Cosker says that polycarbonate crazes and cracks.

While Cosker says that it’s a manufacturer’s responsibility to keep up with safety updates on its boats, others say that it’s up to the racers to keep up with requirements. Super Boat International president John Carbonell said that his organization’s rulebook requires that canopies be checked every three years. “If they find anything wrong with them, they have to be replaced,” said Carbonell.

When he starts prepping Cleveland Construction, a 1995 Talon 37, for the upcoming season, Ed Smith replaces his seat belts annually and has an OPA inspector come to his shop to inspect the dive tanks, regulators and air systems, but he knows that even the best preparation doesn’t guarantee a favorable outcome in an inherently dangerous sport. “If your time is up, it’s going to be up whether you’re walking across the road or you’re running across the water in a canopied boat or a non-canopied boat,” said Smith. If it’s in a canopied boat, he might want to consider installing a tunnel escape hatch.