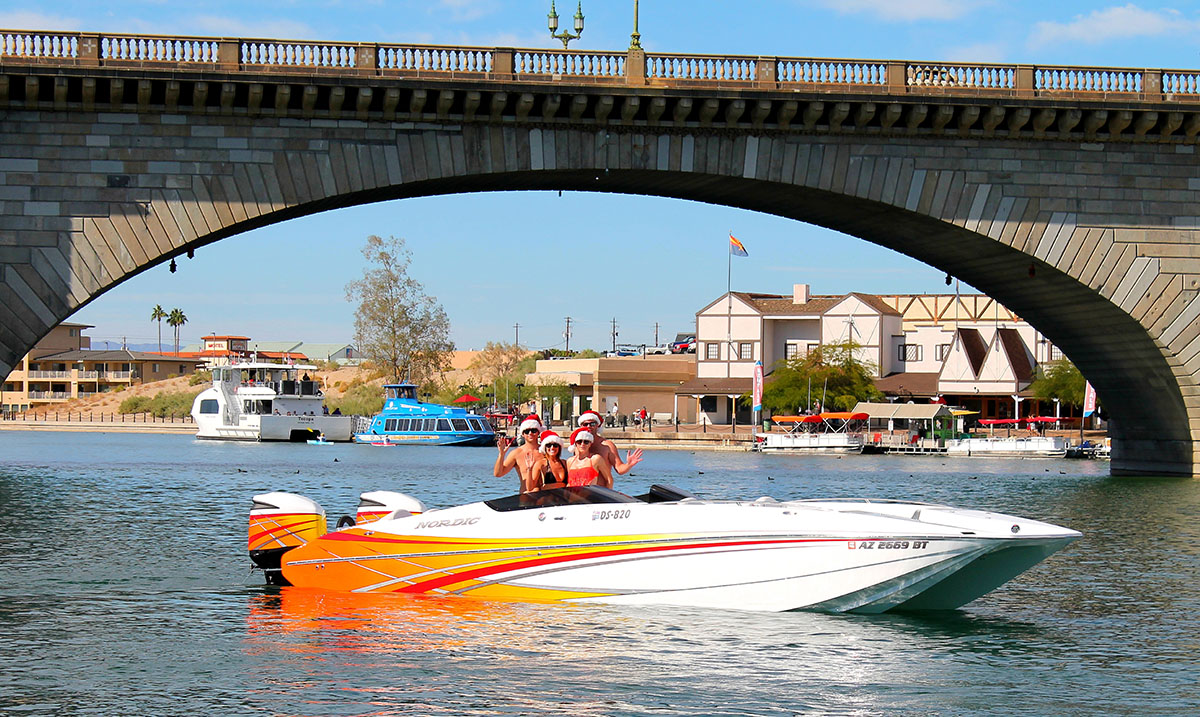 While I understand not everyone who reads this is celebrating Christmas on Friday, surely everyone is familiar with the Clement Clarke Moore poem A Visit from St. Nicholas—aka ’Twas the Night Before Christmas—so here’s my boating rendition of the classic tale, which was published for the first time on December 23, 1823 by a New York newspaper, the Sentinel.

’Twas the night before Christmas, and all across the lake,
Not a whitecap was forming, nor was a wake.
The engines were silent and ready to purr,
In hopes that St. Powerboat soon would be heard.

The boaters were nestled all snug in their beds,
While visions of wide-open throttles danced in their heads.
And mama in her robe, and I in my cap,
Had just settled down for a brief power nap.

When out on the docks there arose such a clatter,
I sprang from my bed to see what was the matter.
Down to the boathouse I flew like a flash,
Tore open the door and checked for the crash.

The moon reflected off the glorious water,
Giving quite a glimmer like the eyes of my daughter.
When what to my wondering eyes did appear?
But a miniature powerboat and a man full of cheer.

With a little old driver in control of his boat,
I knew in a moment he must be St. Powerboat.
More rapid than a dragster his vessel it came,
And he whistled, and shouted, and called them by name:

As fuel is what it takes to get his boats to fly,
He jumps his own wake and launches to the sky.
So up to the lake houses and marinas he flies,
With a boat full of toys for plenty to surprise.

And then, in a twinkling, I heard on the lake,
The sound of propellers with positive rake.
As I drew in my head, and was turning around,
Into the cove St. Powerboat came with a bound.

He was dressed in board shorts and a life vest to boot,
And the air was so foggy I could barely see his loot.
A large sack of toys he had flung on his back,
He looked like a diver surfacing with a salvage sack.

His prop necklace twinkled and smile quite gleamed,
St. Powerboat was in good spirits, at least so it seemed.
His polarized sunglasses wrapped around his head tight,
And the beard on his chin seemed to glisten in the light.

His muscles were as chiseled as any I’d seen,
The tank top he wore was pressed and super clean.
He sported a large red hat as one would expect,
But it was the lanyard on his wrist that earned my respect.

He took a deep breath to smell the fresh air,
And looked right at home in his captain’s chair.
A wink of his eye and a twist of his head,
It was quite clear I had nothing to dread.

He spoke not a word, but went straight to his work,
Dropping off presents, then shooting me a smirk.
And with a remote in his hand, he started his boat,
Dashed down to the docks and zipped up his coat.

With his boat warmed up he glanced both ways,
And headed on out to his next set of bays.
I heard him exclaim as he drove out of sight—
“Merry Christmas to all, and to all a good night!”

Several boaters got into the holiday spirit at the 15th annual Toys for Tots Fun Run in Palatka, Fla. (Photo by Pete Boden.)