You are at:Home»Miami Boat Show»Best of Miami International Boat Show 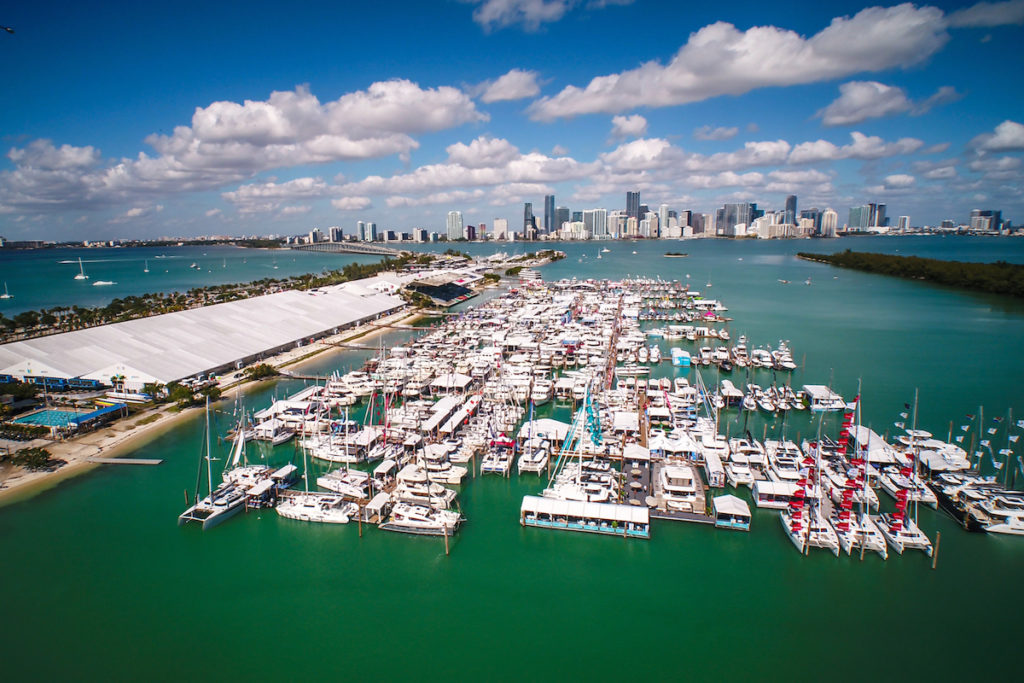 The 2018 Progressive Insurance Miami International Boat Show docked for the third consecutive year at the legendary Miami Marine Stadium Park and Basin with a dynamic mix of machines, power packages and the latest accessories for the high-performance lifestyle.

This mega event affords the opportunity to “test-drive” these new models in sea trials slated throughout the show.  Celebrating its 77th year, the show packs an impressive economic impact to the marine industry and South Florida: delivering an estimated $854 million to Miami and Florida annually (that’s greater than two and a half Super Bowls).

The National Marine Manufacturer Association (NMMA) reports that the industry is on a successful course as growth for recreational boating has continued at 5-6% over the last several years.  And the vibe was apparent throughout the show as busier-than-ever manufacturers echoed the same sentiment.  “It’s like the old days,” Mike Livorsi of Livorsi Marine told me.

Mercury Marine jump-started the show with a special event on Wednesday night inviting members of the media to a sneak preview of its latest power package:  the all-new 3.4L V-6 FourStroke Outboard line up with its new look, design and features – powerful, light, compact and fuel-efficient – geared up to enhance the boating experience. 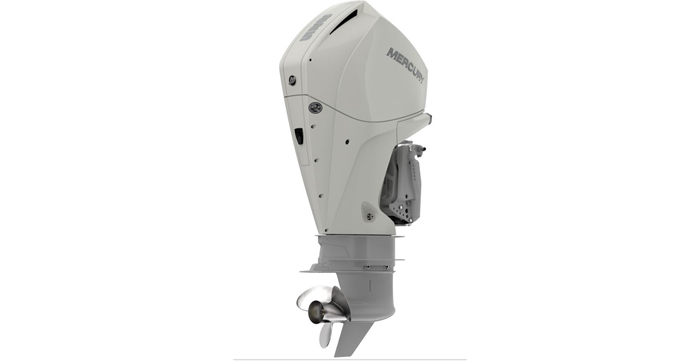 The Official Launch of the 3.4L V-6 platform on Opening Day garnered Mercury accolades from the marine industry and a 2018 Innovation Award by the NMMA in the Outboard Engine category. Photo Courtesy: Mercury Marine

The latest from industry high-performance stables didn’t disappoint with their in-water displays of catamaran, vee bottom and center console models. 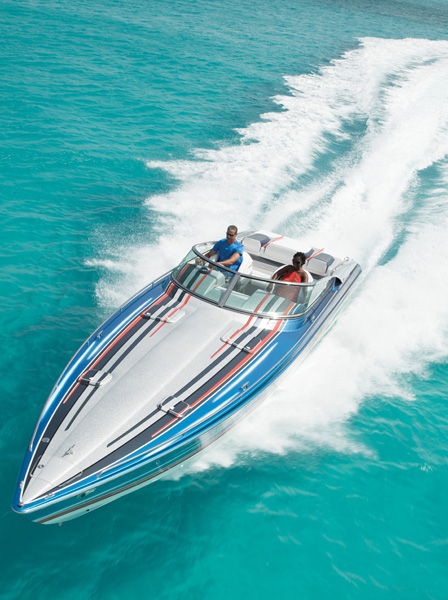 Over at Iconic Marine Group’s booth, the buzz centered on new boats including the 39’ Fountain and 32’ Fountain catamaran which owner Fred Ross described as “really something unbelievable…a super neat boat that out-of-the-box runs 117 mph.”

And the conversation moved forward with plans for the upcoming Fountain Kilo Speed Record attempt. “We’re trying to pull it all together for February 24th,” Ross continued. “On paper, the boat should run around 206 mph, but water and paper are two different things. We’re going to get it as close to these numbers as possible. ” 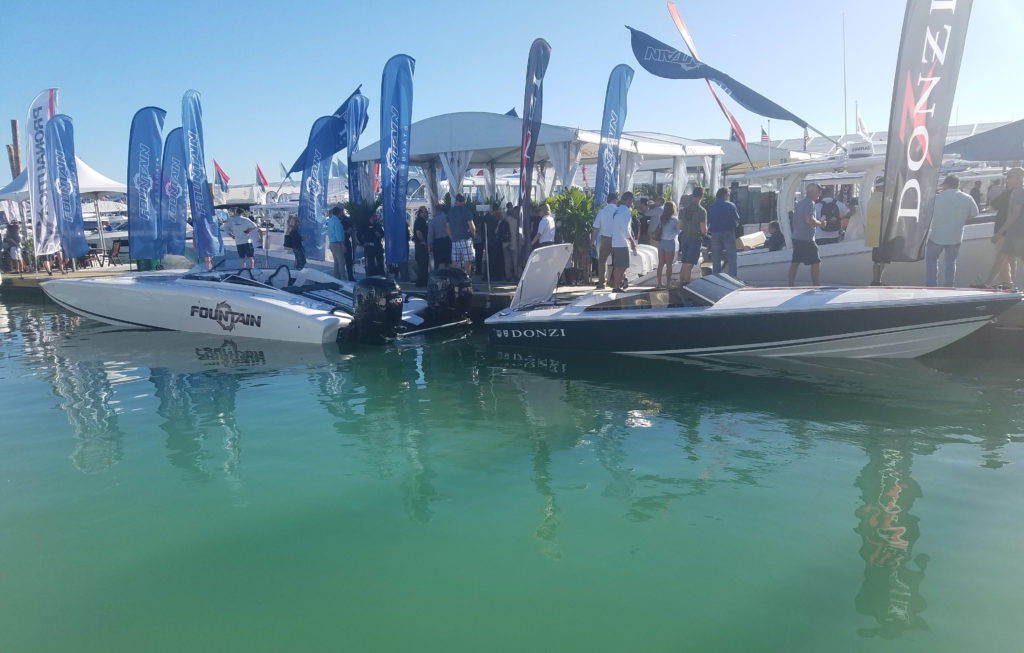 Nor-Tech displayed an eye-catching Candy Apple Red 450 center console powered with quad, matching hued Mercury Racing 400’s and continues to rev up its production numbers. “We’ve got a year backlog,” Trond Schou, one of Nor Tech’s owners said. “We’re aiming for a little over 100 boats per year.” And the company’s not only busy building boats, “in addition to its three buildings in Fort Myers,  a new 55,000 sq. ft. facility located in Cape Coral is set to open sometime in May-June,” according to Geoff Thomlinson, Dealer Manager.

The latest accessory – the Motor Monkey – delivers innovative practicality that protects outboard engines from getting scratched or dented dockside. Thanks to Kort Wittich of KT Marine Services, his carefully crafted and designed lightweight shield wraps around the rear section of the engine cowling with a secure fit via Velcro and suction cups.

As high tech continues to splash the water, a mega partnership announced at the show with Mercury Marine and FELL Marine (an industry-leading developer of wireless technology for marine applications) signals the start of efforts to co-develop Mercury-exclusive wireless and IOT connected products that seamlessly meld with Mercury’s SmartCraft suite of digital technology (gauges, sensors, monitors and vessel systems) to afford enthusiasts with a safer, easier and enjoyable boating experience.