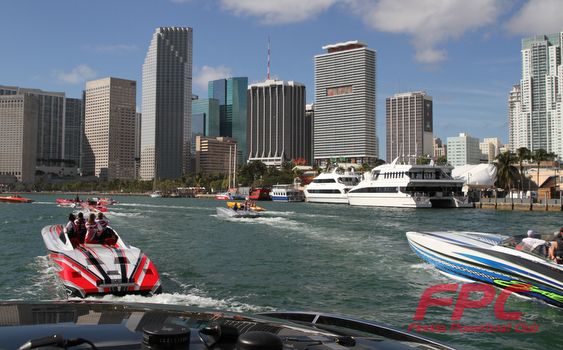 Ready or not, the Miami International Boat Show (MIBS) docks in South Beach this week. While some boating extremists will no doubt have their share of travel challenges getting here, the annual MIBS is the place to be: showcasing all things boating, a selection of high-performance wares and must-be-seen-at industry parties.

I talked with Jones last week regarding his plans to take poker running to a new level in 2014 and it starts next month with a twist on boat show participation. “It’s a boat show/poker run concept that allows people to enjoy boating this time of year,” Jones says. “The Palm Beach Boat Show will be poker run headquarters including our own dock.  I’m working logistics for a north/south course running out of Palm Beach.”

However, it’s the tweaking of a somewhat tried format that adds an extra ingredient to this performance mix: the inaugural Key West Land-Sea-Air Poker Run.  “I’m excited about the format,” Jones explained of the mid-May event that blends a dynamic combination of motorsports. “There’s a common thread among most people who like to have nice toys, they like to be around all things of horsepower nature.” 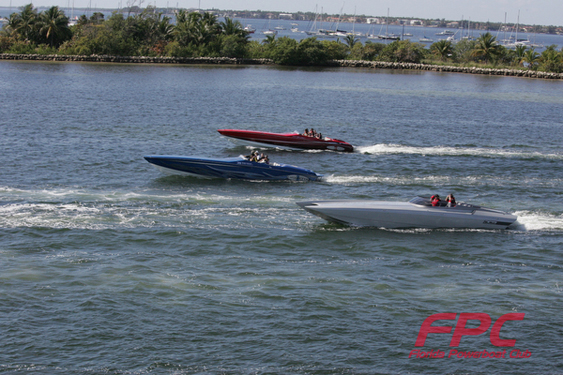 While FPC previously tried land and sea poker runs (I covered one in Ft. Lauderdale a few years back), the timing wasn’t in the cards. This time around, Jones thinks it’s on the mark.  “We wanted to attract these other motorsport groups. And since we have several members who own their aircraft, we wanted to include these aviation enthusiasts as well.”

With the Conch Republic Seafood Company serving as poker run headquarters via its same November set up, Jones says “that gives us the perfect spot to showcase the boats in the water and display boats on trailers, cars and motorcycles in the [parking lot]pit area.”

New to the calendar is a mega 600-700 mile Bahamian adventure slated for the end of May with the Bahamas Sportboat Poker Run. “We’ll head to Bimini, over to Paradise Island, work our way through the Abacos and back to Lauderdale.”

They say the best is always saved for last…a truism that stands tall in the poker run world.  For the past 21 years, the final stop and biggest draw on the FPC calendar is the Key West Poker Run.

In addition to changes in latitude and changes in attitude mode, what makes this “Signature Event” so outrageously successful? “Certain variables all seem to prevail, in mega quantities, that make it and the word gets out,” Jones told me. “Of course, Key West is one of the most popular, sought-after venues as a fun on-the-water place with a great party scene and the offshore races as a backdrop creates an overall ‘powerboat mania’ atmosphere.”

One thing always leads to another. From his early poker-run days out of Sunny Isles Marina that launched the Sunny Isles Powerboat Club in 1992 to the ultimate transition into FPC the following year, Jones says “it’s been a ride marked by a series of tests as well as successes.  As a transplant from Canada, one of my biggest challenges was learning all the Florida waterways. I got some valuable experiences in the early years… it allows me to do what I do today.”