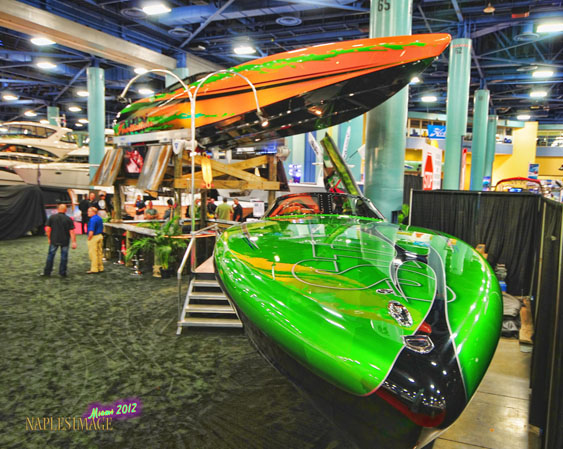 Everything and everyone a performance-boat lover wants to see will be at this year’s Miami International Boat Show. (Photo by Jay Nichols.)

Every time I leave home for the Miami International Boat Show, I can’t wait to get there. Every time I head home from the Miami International Boat Show, I am more than ready to go. It’s kind of like Las Vegas that way, except despite South Beach’s outrageous hotel pricing and expensive adult beverages, I generally leave Miami having dropped less money. Not much less, but less.

What’s the big deal? I mean, it’s not exactly as if I don’t get to see and spend time on a lot of exotic go-fast boats. And it’s not as if I don’t mostly know what’s coming—though, thanks to a bunch of pesky non-disclosure agreements, I can’t talk about most of it until it’s unveiled.

Here’s the big deal: The Miami Boat Show is the social event of the year for both the high-performance powerboat industry and the customers who support it. Guys like Peter Hledin of Douglas Marine and Mike Fiore of Outerlimits don’t come to Miami every February to escape the cold of their respective home states of Michigan and Rhode Island (OK, maybe they do, just a little). They come to talk to you. Same with Terry Sobo, the world’s busiest human during the Miami Show, of Nor-Tech, the ever gracious Randy Scism of Marine Technology, Inc., Skip Braver of Cigarette Racing Team and a host of other boat, engine and product builders.

Two words of advice: Be patient. These people really do want to talk to you, but they’re also selling, so to speak. You may have to come back a few times to chat with the boat or engine builder you’ve always wanted to talk to. To that end, I suggest spending the extra dough to attend Thursday (Feb. 13), which is VIP day. Because South Beach nightlife starts late and goes later, you’ll find most of the folks you want to chat with are least occupied with other go-fast boat fans before noon. But wait till 3 p.m. and you’ll be taking your chances. 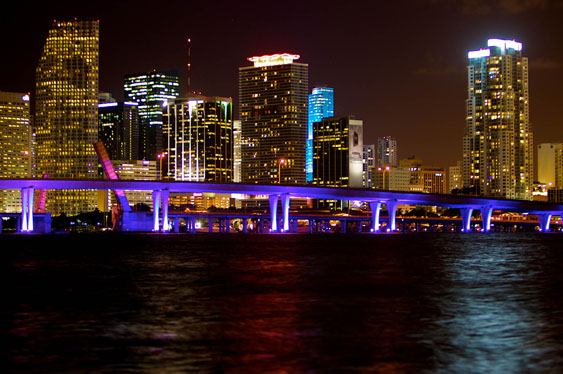 On Thursday morning, you’ll want to be at the Cigarette Racing Team and Mercury Racing booths, because both will have unveilings. Typically, Mercury Racing pulls the sheet of something at 10 a.m. and Cigarette usually waits until 10:30 a.m.

Four more words of advice: Don’t linger at Mercury. It’s a pretty good hike across the Miami Convention Center floor between the two exhibits. (Of course, if you’re not some journalist clown in a hurry to report the news you can always just sleep in, grab some breakfast and take your time.)

A lot of boat builders like to save the news of what they’re bringing until the show opens. Others let it out a week or so before. To get the latest buzz before you hit the show, check the “Countdown To Miami” series on speedonthewater.com. Jason Johnson and I are continually updating news on who is bringing what.

Because Biscayne Bay and a long, often traffic-choked causeway separate the Miami Boat Show’s convention center and in-water exhibits, you want to hit one on Thursday and the other on Friday or Saturday. The sequence doesn’t really matter, unless you’re hoping for face time with industry heavy hitters, many of whom head home on Saturday.

Three words of advice: Use the shuttle. It’s free, it leaves the Miami Convention Center and Sea Isle Marina frequently and it beats the hell out of sitting in traffic for an hour and then trying to find parking at either venue. 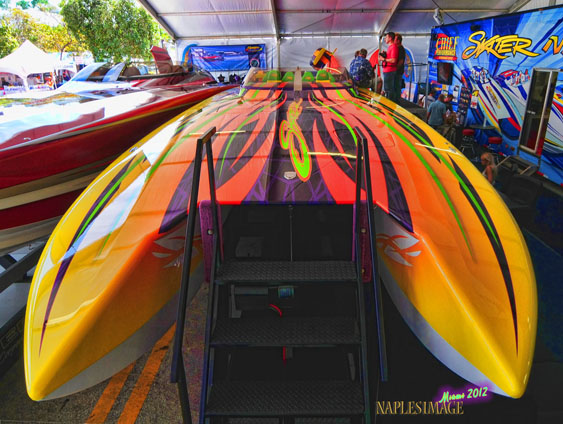 There’s plenty to see outside as well as inside the convention center. (Photo by Jay Nichols.)

So what should you do at night? Well, the Clevelander on Ocean Drive in South Beach is always party central for the go-fast boat crowd, and this year should be no exception—in fact it should be exceptional. For the poker run crowd, the Florida Powerboat Club’s annual Friday night (Feb. 14) bash at the Raleigh Hotel on Collins Avenue is worth, at the very least, a long fly-by.

Here’s my last suggestion: Make part of Saturday or Sunday a “beach day.” You, as a performance-boat owner, can see everything that interests you at the Miami Boat Show without having to work too hard in two days. (Now, if you’re going to check out all the other stuff, that’s another story.) After two days of walking around, your toes will appreciate the sand. Plus, you’ll have a front row seat of the Atlantic Ocean on one of the prettiest beaches you’ll ever find. This is, after all, Miami.