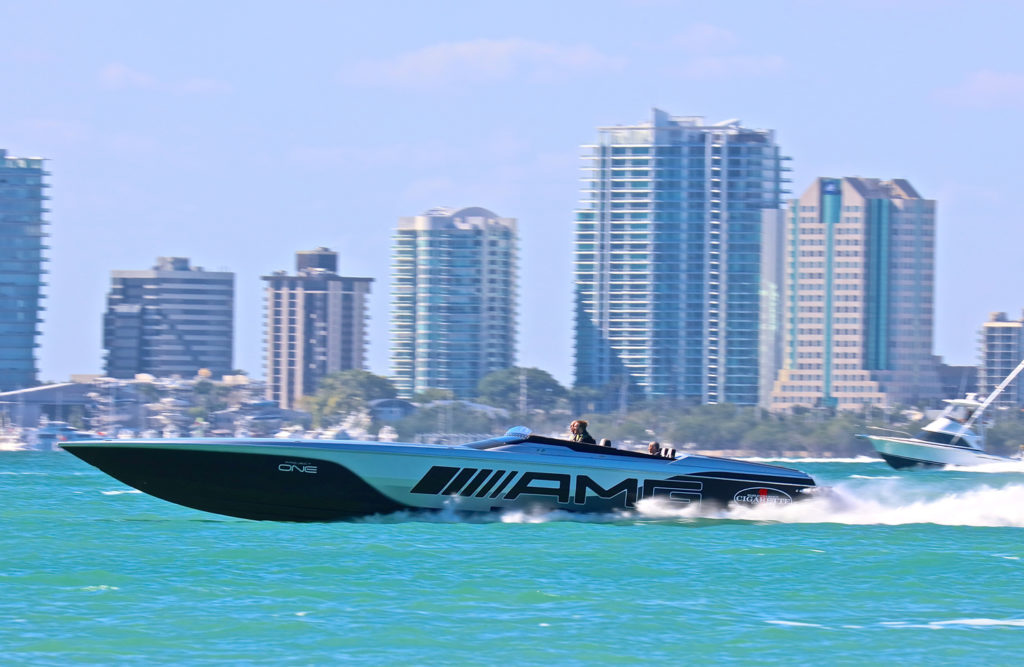 As usual, there was plenty to love about the Miami International Boat Show. But doesn’t mean the experience can’t be improved. Photos by Pete Boden/Shoot 2 Thrill Pix.

Even with two people involved — fellow offshoreonly.com columnist and speedonthewater.com co-publisher Jason Johnson and I — daily coverage of the Miami International Boat Show is hectic. The first two days of the annual event, which finished its third year at the Miami Marine Stadium venue on Virginia Key, are the most important and they have us running flat out, head down and focused. Nothing else works.

Don’t get me wrong, it’s a great assignment and a good time. But when you’re covering the show in daily fashion, you have to — pardon the cliché — put on blinders and move forward. By the time you look up, especially if you throw a few boat rides into the mix, the day has ended. You’re out of time.

So in no small way, our Miami International Boat Show experience is completely different from that of folks attending for the fun of it. Of course, we face some of the same challenges such as getting to and from the event. But we don’t experience it the way a consumer does. And that brings me to the point of this column.

How did those of you who attended the event this year like the show? What did you enjoy about it? What annoyed you? How would you — as someone who paid to get in — improve the experience? What were your highs and lows this time around? 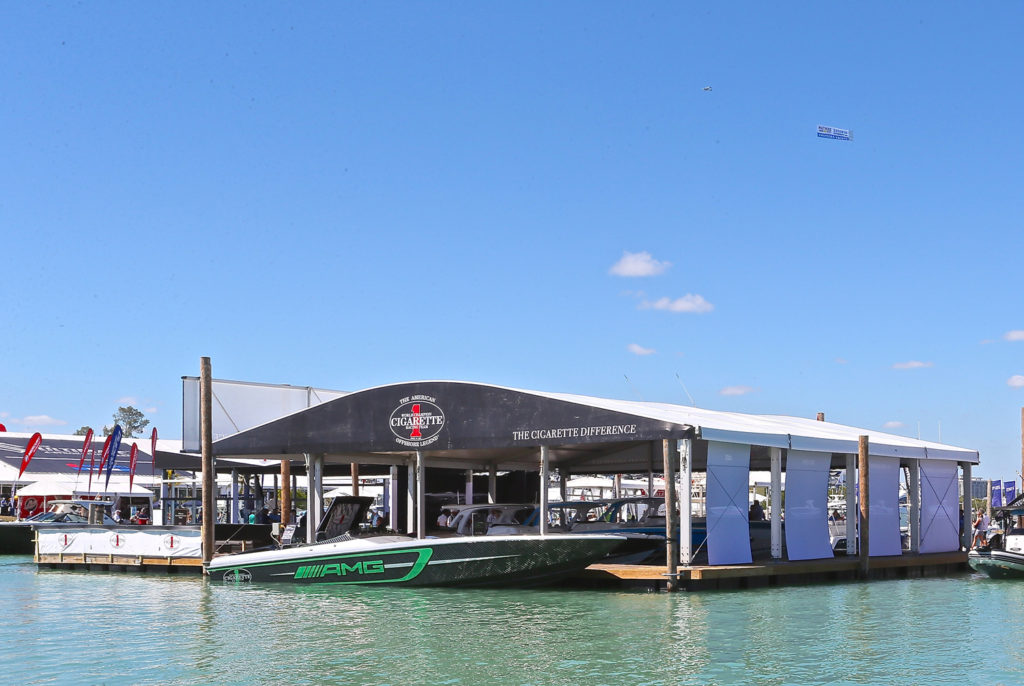 For the author, the Cigarette Racing Team display — and this is just view of it — was the highpoint of the 2018 Miami International Boat Show.

My high was the Cigarette Racing Team display. Yeah, I loved the car and the boat — and I realize and accept that not everyone shares my enthusiasm for the 11-year Cigarette-Mercedes-AMG marketing partnership — but what I loved even more was the way they were presented. The Opa-Locka, Fla., company actually expanded its architecturally elegant exhibit area on the docks. And it was fancy enough to be included in any automobile show, much less a boat show, in the world.

My low? Based on usage, the show organizers “streamlined” water-taxi service this year to a pair of locations. The downtown Miami pick-up spots got the axe this time around, which probably meant nothing to those show-goers who weren’t staying downtown, as our crew has for the past three years. But for us, it was a bit of a bummer. (On the plus side, Uber service to and from the show was the best it’s been so far. On the negative side, downtown Miami traffic was as horrendous as it always is.)

Now, it’s your turn. Tell us what you liked and didn’t like — give us your take on the good, the bad and the ugly of the 2018 Miami International Boat Show. You can do it via Facebook at the bottom of this column, or in the thread in the General Discussion section of the offshoreonly.com message boards.

Either way, here’s your chance to create your own Miami International Boat Show review.