You are at:Home»New Beginnings»Erik Christiansen’s Own Tough Act To Follow 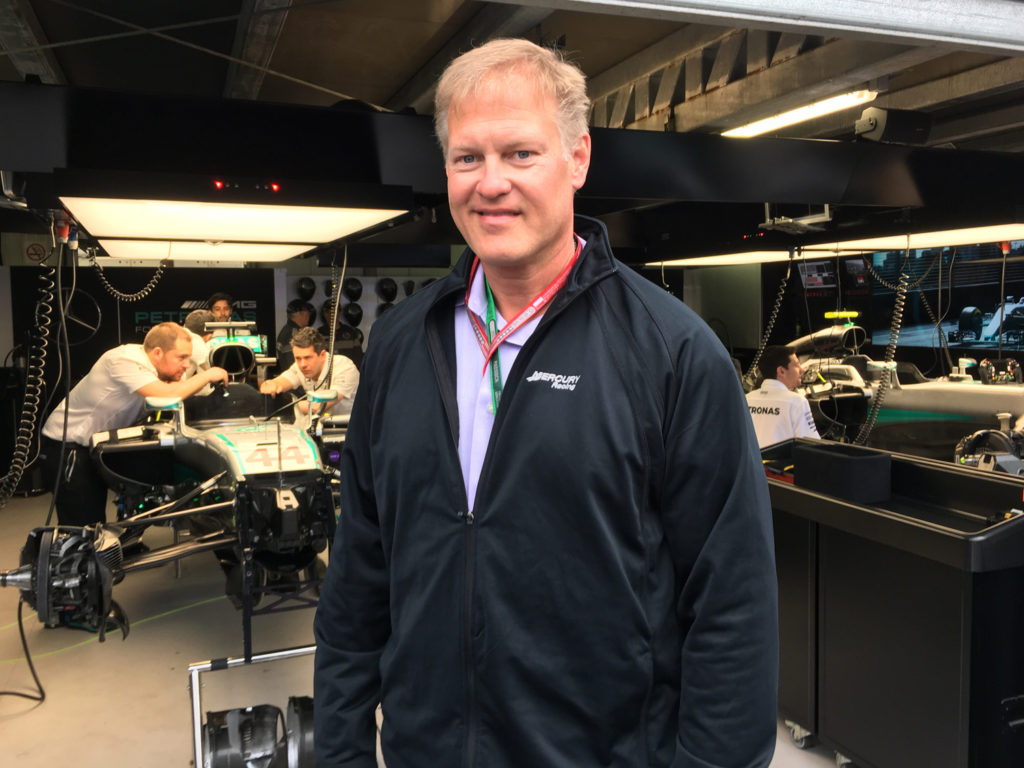 As the longtime leader of Mercury Racing, Fred Kiekhaefer—the brilliant, charismatic and sometimes goofy son of high-performance marine industry pioneer Carl Kiekhaefer—was a tough act to follow. So when Erik Christiansen, Fred’s remarkably talented, hand-groomed successor, picked up the general manager reins of the Fond du Lac, Wis., marine engine and accessories company upon his departure in 2012, Christiansen knew better than to even try.

“I wasn’t the same kind of guy as Fred,” said Christiansen, who departed Mercury Racing last week. “I don’t mind being the ‘guy at the microphone’ during public events—I can do it—but that’s not really me. I get a lot more enjoyment just watching the team succeed and making sure we all succeed together.”

As a Mercury Marine engineer integral to the development of the first Verado outboard engine unveiled in 2004, Christiansen spent his lunches sketching designs for a new stern-drive engine on napkins. Those doodles were the basis for what would become the first Mercury Racing quad-cam four-valve (QC4v) turbocharged engine, which was unveiled in 2010 in 1,350-hp form. A few years after the Verado debut, Christiansen transferred to Mercury Racing, then-Mercury Racing president Fred Kiekhaefer “gently encouraged” him to get a Master’s Degree in Business Administration from the prestigious Kellogg School of Business at Northwestern University.

Not exactly a shabby legacy of product introduction for a soft-spoken, articulate and—what most folks on the industry and consumer sides never got to see—downright funny 50-year-old. But three weeks ago Christiansen let his higher-ups at Mercury Marine know he’d be moving on. 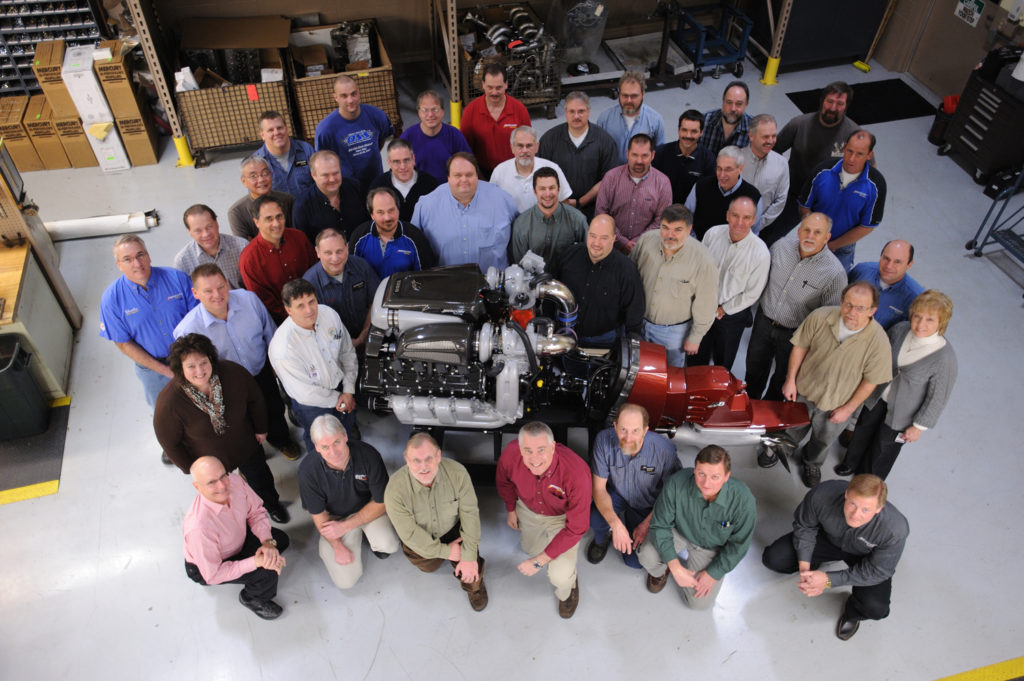 Said Christiansen (front row, far right), “I get a lot of enjoyment out of watching the team succeed and making sure we all succeed together.”

Of course, the big questions since Christiansen enjoyed his last day at Mercury Racing are these. Why is he leaving and where is he headed?

“I am going to be working for (well-known offshore racer) Bob Bull,” he said. “He has several companies and I’ll be learning something different—I’ll be out of the marine industry—while using all the management stuff I applied at Mercury Racing for the past five or six years. It’s a pretty exciting opportunity. Since I became general manager, I’ve been more involved in the management of the business and overseeing projects than I have with actual hands-on engineering. I’ll be more into managing the business side of stuff for Bob’s companies than anything else such as engineering.”

Not wasting any time Christiansen and his wife, Christa, have already relocated to Melbourne, Fla., where one of Bull’s businesses is located. Last Friday, a few of his Mercury Racing colleagues threw a small going-away party for him. To say he will be missed by his co-workers is an understatement. And for Christiansen, who worked for Mercury Marine for more than 20 years, the feeling is mutual.

“That’s the hardest part of the whole thing,” he said. “I will definitely miss the people in ‘Racing.’ There are a lot of cool projects going on there now. There always are—that’s what they do. But the people, well, they’re just a very special, very capable group. I have been with them for so long. This may seem kind of weird, but it’s like I’m leaving home and ‘saying goodbye to mom and dad.’ But this opportunity is pretty cool. I’m really energized and excited about it.

Editor’s Note: To read an in-depth question-and-answer feature with Erik Christiansen, download the March/April 2017 issue of Speed On The Water digital magazine by clicking here.

Matt Trulio is an award-winning journalist who has covered the high-performance powerboat world since 1995. He wrote for Powerboat magazine for 17 years and was the magazine’s editor at large until it ceased publication in 2011. Trulio is the founder, editor-in-chief and publisher of speedonthewater.com, a daily news site that covers the high-performance powerboat realm. He’s also the former editor of Sportboat mag