You are at:Home»Photographers»So You Want To Be A Go-Fast Boat Photographer 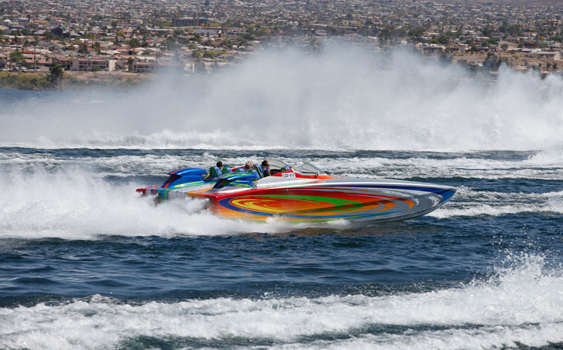 Calm in the storm—Robert Brown captured remarkable moment during Desert Storm in 2012.

Even back in the day—specifically the mid-1990s through early 2000s—when magazines such as Powerboat  paid photographers $500 and more a day, making a decent living shooting only go-fast boats was next to impossible. Even the late Tom Newby, who was on retainer with Powerboat that guaranteed him a certain number of shoot days each year in return for a discounted day rate, had to pick up other photography work—runabout catalogs, aircraft engine brochures and more in Newby’s case—to make ends meet.

That economic picture for established and aspiring go-fast powerboat photographers hasn’t exactly improved since the industry spiraled in 2008. The few print publications that survived—and as we all know Powerboat wasn’t one of them—tightened their belts as did go-fast boat builders and other high-performance marine products companies, especially when it came to photo shoots for marketing materials such as pretty catalogues and brochures.

When it came to go-fast boat photography in print media, the words “taken in house” became the norm. And thanks to advancements in digital cameras, taking a decent picture—and when you don’t have the money to spend, “decent” will suffice—got a whole lot easier.

“With digital cameras nowadays, just about anyone can take a pretty decent picture,” says Robert Brown, a well-known go-fast boat photographer and one of the top big-wave surfing shooters in the world, who lives in Southern California. “It’s just the way it is. You don’t need a professional photographer now to take a useable picture. Yeah, there’s a big difference, but for most people, it doesn’t matter.” 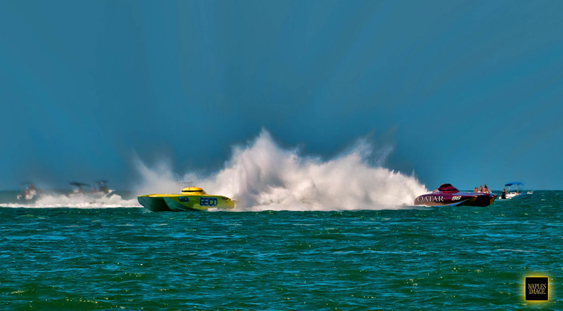 Lines and angles—Jay Nichols snagged Miss GEICO and Qatar’s Al Adaa’am 96 dicing through a turn during the SBI Nationals in Clearwater, Fla.

There still are plenty of good go-fast powerboat shooters out there, but they’re a much leaner and meaner bunch than their predecessors. Later this week, photographer Jay Nichols, who lives in Naples, Fla., will be camping in Key West and using the showers of a local marina every day to cover the Super Boat International Key West Offshore World Championships.

“I’m very frugal and I live pretty simply,” said Nichols. “If I run up a big credit card bill in Key West, it will take me a year to pay it off.”

New Jersey-based photographer Tim Sharkey would love to be there, except that he can’t justify the expense of driving his personal truck, already road-weary from a season of travel to Offshore Powerboat Association races in the Northeast, more than 2,800 miles to Key West and back with no guaranteed return on investment.

“I’m still paying my bills from the last time I went to Key West,” said Sharkey. 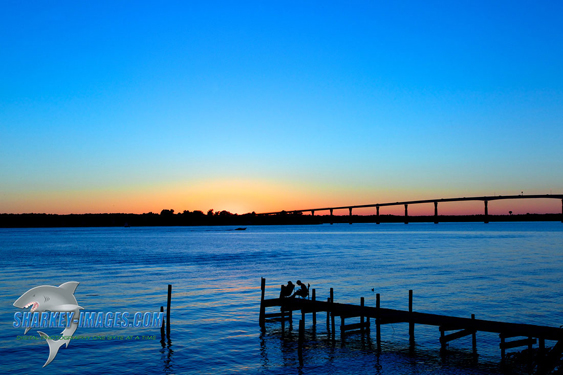 Serenity at sunset—Tim Sharkey caught one of his best sunset shots of the year in Solomons, Md., during the Offshore Powerboat Association National Championships.

And Brown? He just finished almost two months of work driving  U.S. Camera Boat, his 36-foot Twin Vee catamaran for the live television coverage of the America’s Cup sailing races this summer on the San Francisco Bay. You’d think he’d be sailing along, so to speak. Instead, he’s selling the cat, as well as the truck that tows it.

“After the America’s Cup, I was hoping that people would see what an incredible machine U.S. Camera Boat is and it would lead to more work, but nothing happened,” he said. “So it’s time to move on. The boat is for sale, and I have an opportunity to do photo work in the real estate model and architecture business—at least I can make $100 a day doing that. I’ll shoot high-performance boats if I get assignments, but really the last work I did in that market was for Sportboat magazine. I haven’t done any go-fast stuff since that magazine got the axe.

“All of the magazine work has dried up,” he added. “The Kawasaki deal with the wraps on my boat and truck were the only reasons I survived in the past few years.”

Brown isn’t feeling sorry for himself—he’s simply accepting reality and moving forward, just as Nichols and Sharkey have accepted the realities of what it means to make anything close to a good living shooting go-fast boats. No matter how much talent and experience you have, now matter how many good contacts you have, it’s a tough racket.

So aspiring go-fast boat photographers take note. Shoot your hearts out. Refine your craft. Work your butts off. And as actor/comedian Steve Martin said, “Be undeniably good.”

But keep your day job.