One of three events on Lake Erie this season, the second Erie Poker Run is being organized with contingency plans in case water or weather conditions don’t cooperate. (Photo by Tim Sharkey/Sharkey Images.)

Unmatched for its quantity go-fast boating events in the winter, Florida tends to go a little south, so to speak, in the summer. Nasty heat and humidity make getting outside—even on the water—less than appealing to most folks, including the locals who are used to it. That, plus beautiful weather in regions of the country that actually have winter, account for the dramatic fall-off of organized boating events in the Sunshine State during the summer months.

So why not head to the Northeast for an event or two? In fact, if you go north this summer you’ll have three solid options on Lake Erie.

Of course, you’ve heard about the Buffalo Poker Run, which thanks to the extraordinary graciousness and hospitality of its hosts, meaning the members of the Western New York Offshore Powerboat Association, has become one of the most talked-about and planned-for performance-boating events in the country. While longtime organizer Tony Scioli is no longer the point man for the run, WYNOPA president Steve McKie is working with a new organizer to ensure the mid-summer event, which happens Aug. 12-13 this year, continues to please its participants and sponsors. (Scioli said he also will assist with the organizational transition this year.) Registration is limited to 100 boats. 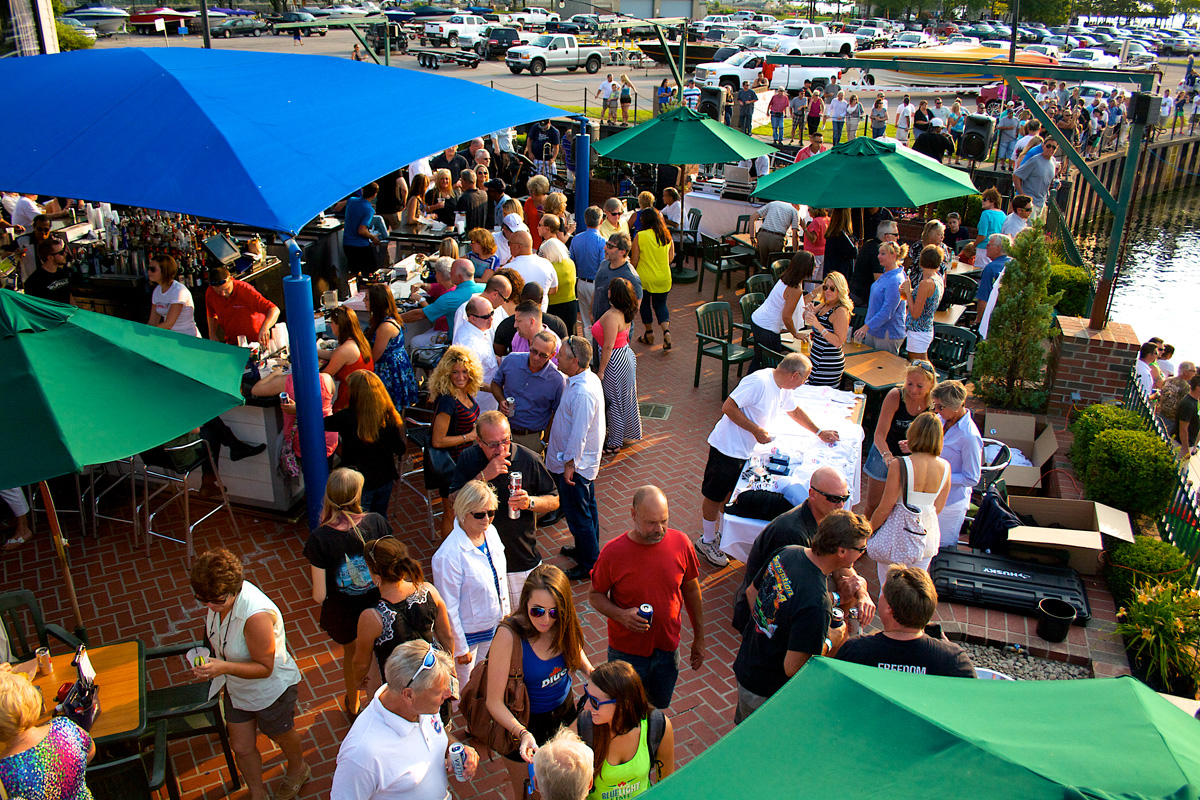 Exceptional hospitality and camaraderie have made the Buffalo Poker Run one of the most well-regarded go-fast boating events in the country. (Photos by Tim Sharkey/Sharkey Images.)

For those who’d like to get an earlier start this season in the Northeast, the Pennsylvania-based Erie Poker Run is slated for June 10-12. Title sponsors American Custom Marine and The Toy Store Auto Group will be joined by supporting sponsor Precision Power Offshore to back the 60-boat run, which is one of two events this year under Scioli’s Elite Poker Runs LLC outfit. Last year, big-water conditions on Lake Erie forced Scioli to scrub the poker run, but the astute, service-oriented organizer already has contingency plans in the event the waterway doesn’t cooperate again.

“We are planning more stuff for the other days,” he said. “It could be an informal lunch run or boat rides for a local charity on Friday or Sunday. In my permits, I’ve also applied to have Sunday as an ‘alternate’ day for the poker run, so in case we get weathered out on Saturday those who want to stay will have the option of running on Sunday.

“As we found out last year, the venue is incredible,” he added. “It’s just a matter of getting on the water.”

Go-fast powerboat owners looking for a late-season event on Lake Erie will want to check out the Grand Island Poker Sept. 9-10, which also will be a Scioli-organized happening that’s limited to 60 entries. (Registration opens in March.) Thanks to its historic Buffalo Launch Club venue on the Niagara River shoreline, this one could make winterization worth postponing for an extra week. The club’s racing roots go back to the late 1800s, according to Scioli, and its accommodations and facilities are top-notch.

A number of the club’s members who own yachts and cruisers also have go-fast boats, and they’re eager to show their fellow performance-boat enthusiasts a good time.

“It’s probably one of the nicest deep-water basins for a boating event you could ask for,” said Scioli. “Even though we’re only looking for 60 boats, there are enough slips for 80 boats. The place is awesome, and the club members really want to show off what a great venue it is.”

So there you have it—three intriguing events this summer on Lake Erie. If a road trip with your boat in tow is in your future, you might want to give a least one of them a serious look.