You are at:Home»Poker Runs»Another Poker Run Is Born In 1000 Islands 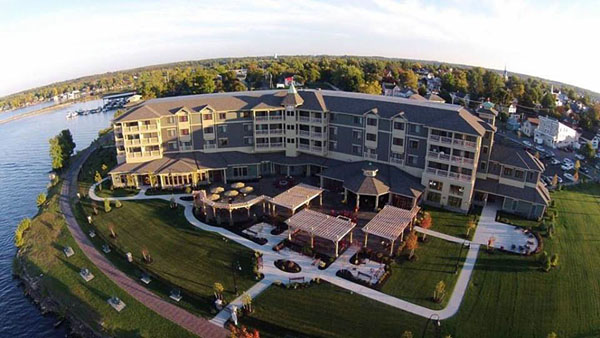 I guess new poker runs are the trend this week as I’m following up Matt Trulio’s column from yesterday with another first-year event coming in July: the inaugural 1000 Islands Charity Poker Run in upstate New York.

With a primary goal to create “a run with a reason and a party with a purpose,” the organizers behind the poker run, which is set for July 12-16 in Clayton, N.Y., are putting charity at the forefront of the event. The main recipient of the proceeds is expected to be The Wellness Center at River Hospital in nearby Alexandria Bay, which treats both active duty military members and veterans suffering from PTS and TBI.

According to Doug Tulloch, the organizer of the 1000 Islands River Santa Festival and one of the 20 poker run committee members, the event is being put together not only to generate money for a great cause but also to provide participants and their family members a chance to enjoy the beauty of the 1000 Islands region and the magnificent St. Lawrence River.

“Many of us on the committee feel like this has been an underserved area recently and that now is a perfect time to introduce a new charity event,” said Tulloch, adding that the event also will serve as a fundraiser for the Town of Clayton Youth Program, the Clayton Volunteer Fire Department, the Alexandria Bay Volunteer Fire Department, the Thousand Island Emergency Rescue Service and local food pantries. “Besides the charitable aspect, we’re focused on designing a family-oriented poker run with more events on and off the water. We’re also incorporating several ‘slow zones’ in certain areas so participants can actually take in the beauty of the islands and spectators can get a better view of the boats. But don’t worry — more than 100 miles of the 140-mile course is open for the big boys to run.” 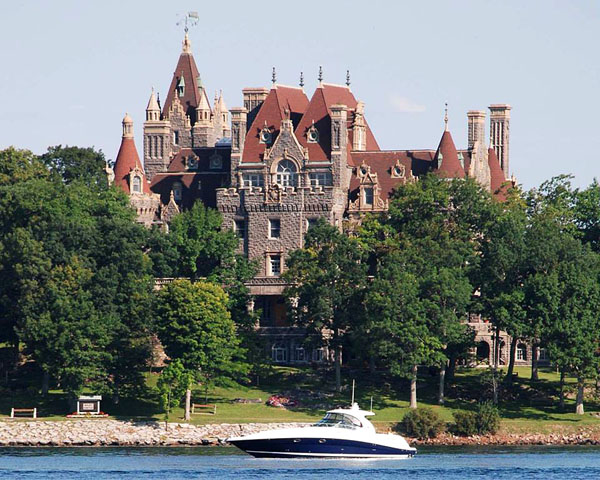 During the poker run, you can get an up-close look at the legendary Boldt Castle, which is located near Alexandria Bay, N.Y., in the famed 1000 Islands. Photo courtesy Lorrie Guler

Tulloch explained that the event is being organized through the 1000 Islands Powerboat Club and that the host hotel is going to be the two-year-old 1000 Islands Harbor Hotel, which includes 105 rooms with a variety of deluxe rooms and suite accommodations available. The hotel itself doesn’t have a marina, but participants’ boats will literally be feet away — and visible from most rooms — at the new Clayton Harbor Municipal Marina that was completed in 2016 and features 52 floating slips and a 300-foot pier.

According to Tulloch, the Town of Clayton is going to allow rafting off two or three boats as needed, which should allow for accommodations for up to 80 or 85 boats. The marina also offers electricity, water, WiFi, restrooms, showers and laundry and pump-out facilities.

An entry fee has yet to be determined — registration opens March 1 — but Tolluch said it will be in line with other quality events like the Boyne Thunder Poker Run, an event he’d very much like to model the 1000 Islands Charity Poker Run after. He added that docks are included with the registration and that the event is open to boats 26 feet and above.

“Judging by the initial response, this is going to be a huge community event,” Tulloch said. “We’ve got several things in place already, including Thursday boat tours of both Boldt Castle and Singer Castle as well as a Friday evening dinner party at O’Briens. Lunch on Saturday is going to be cool. We’re going to one of the event’s lodging partners, the Riveredge Resort Hotel in Alexandria Bay, which sits directly across from Boldt Castle. We’ll also have tours of the Antique Boat Museum and other activities planned. We’re encouraging people to plan some extra days to come enjoy the events and everything else this fantastic community has to offer.”