You are at:Home»Poker Runs»Atlantic City Festival of Speed: Why It Worked 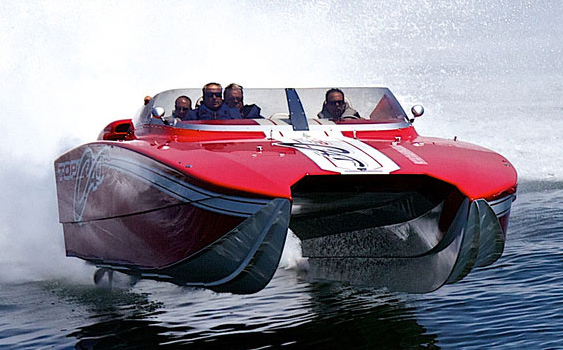 Yesterday, I spoke to Dave Patnaude, the president of the New Jersey Performance Powerboat Club and one of the driving forces behind last weekend’s Festival of Speed in Atlantic City, and he was euphoric. After months of planning, the three-day event came off, by all accounts—particularly those of journalist Tony Esposito who was there to cover it for speedonthewater.com—without a hitch and earned raves from everyone involved.

“In my wildest dreams, I couldn’t have imagined it being as good as it was,” said Patnaude. “Everyone I spoke to, everyone I bumped into during the weekend couldn’t say enough good things about what was going on. It was absolutely amazing.”

That sentiment was echoed by Bob Christie, a longtime NJPPC member who owns the first quad-outboard center console from Statement Marine and the famed Speed Racer catamaran from Marine Technology, Inc., who sent me an email late Sunday afternoon.

“Just got on my plane to San Diego,” Christie wrote. “I am exhausted. Had a blast yesterday. Ran five trips for a total of 34 Wounded Warriors and their family members.” 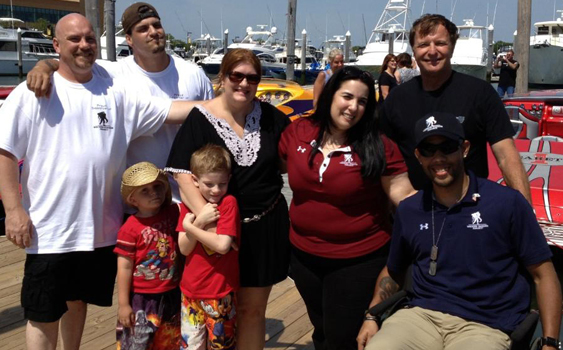 On Saturday, many of the owners of the poker runs boats gave rides to veterans from the Wounded Warriors Project.

What made the Atlantic City Festival of Speed work so well in its first outing wasn’t one thing, but a number of things that fed off one another. The event started with the annual NJPPC Atlantic City Poker Run on Friday. On Saturday, the day most of the poker runners usually spend nursing big headaches and sour stomachs, the boat owners got the privilege of taking injured veterans for rides thanks to the Festival’s affiliation with the Wounded Warrior Project.

Testing for Sunday’s offshore races, sanctioned by the Offshore Powerboat Association and organized by the New Jersey Offshore Powerboat Racing Association, also started Saturday, as did a classic car show. And it was all within a stone’s throw of the Atlantic City Golden Nugget Resort and Casino, the host venue for the entire weekend.

More accurately, its was several small shows combining for one big show and the truth is that’s what it takes these days for any go-fast boat event, especially a brand-new one, to make it. Gone are the days when you can bring an offshore race or poker run to town and expect either to succeed on its own merits. There has to be more, especially if you want local civic leaders and businesses to buy in. And that’s where charitable components, such as Saturday’s rides for Wounded Warriors, play such a big role. 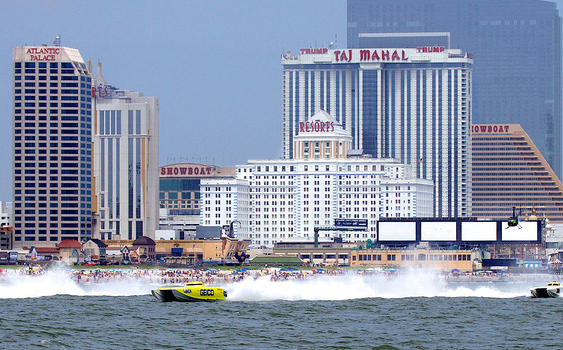 “The Wounded Warriors piece was a major reason the Golden Nugget and Atlantic City itself got so behind the Festival of Speed,” said Patnaude.

Beyond that, Patnaude credited the success of the event to excellent follow-through on the part of all entities involved, not the least of which was the OPA, which delivered a 38-boat field and reportedly some of the best offshore racing action seen in New Jersey waters since the Benihana Grand Prix events of the 1980s.

“The guys at OPA, the guys from the car show, the people at the Golden Nugget—everybody did exactly what they said they were going to do,” said Patnaude.

Combining several small events to make a large one and meeting agreed-to obligations aren’t exactly new concepts, but the sad fact is they’re too often forgotten or conveniently ignored in today’s world—and the go-fast boating world is far from an exception. The simple truth about the first Atlantic City of Festival of Speed is this:

It worked, because everybody worked.

All photos by Tim Sharkey.