You are at:Home»Poker Runs»Business as Usual for Pirates of Lanier 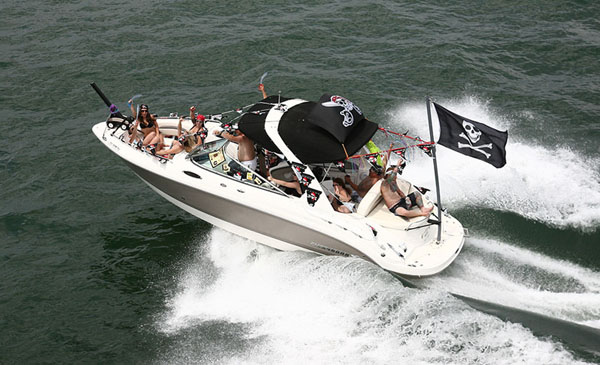 From go-fast boats and cruisers to pontoons and runabouts like this Chaparral, boats of all types are welcome at the annual poker run. Photo courtesy Lanier Partners of North Georgia

Around this time last year, I wrote my weekly column about the excitement I was feeling leading up to the Pirates of Lanier Family Poker Run in Georgia. I had never covered the over-the-top, wildly generous and super-attended event in person so I was looking forward to seeing some friendly faces and meeting some new ones at the eighth annual spectacle that was presented by performance boater Dan Jape’s Reliable Heating and Air.

Sadly I also was on hand for one of the most tragic stories I’ve ever reported on—the deaths of Art and Melissa McMahan and Anthony and Tammy Reece the day before the poker run (read the story). In respect to that crew from Kentucky, this year’s Pirates of Lanier Family Poker Run was moved back a week as not to compete with a memorial run taking place a year to the day of the accident on Lake Cumberland in Kentucky.

That’s pretty considerate if you ask me. Unfortunately due to scheduling conflicts, I won’t be returning to Georgia for the ninth annual poker run next month (July 20-22), but there’s no doubt I will be keeping a watchful eye on the annual event, which is organized by Lanier Partners of North Georgia and hosted by Lake Lanier Islands Resort, and reporting on it via attendees at the fun, family friendly happening on Lake Lanier. 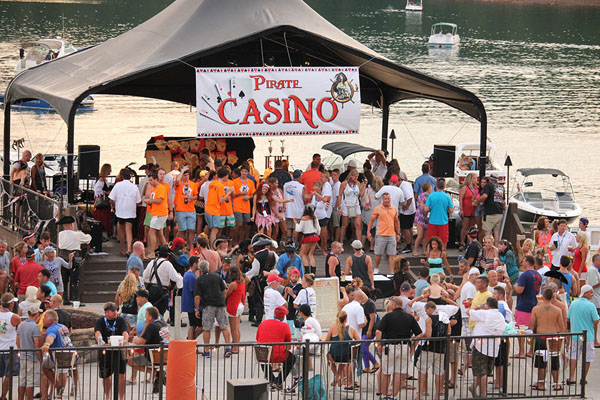 “This event has always been about the children’s charities and nothing has changed, no matter who is involved with the organization,” said Sydney Gordon, who commented that she and other members of the LPNG board of directors fielded plenty of questions after two impactful members—Renfroe and Woodruff—opted to step down from their positions earlier this year.

“Last year we gave away more than a quarter million dollars to the charities we support and we plan to do the same this year. We passed the 100-boat registration mark early in May and continue to receive entries every day. As usual, the local support and participation from surrounding states is strong. We also have owners coming from Missouri, Ohio, Texas and other states. There’s even a big group coming from Boston this year. It’s going to be another fun year.

“The one thing about this event that we take a lot of pride in, is that we’ve never had the same event twice,” Gordon continued. “We try to change things up every year and we always take participant feedback into consideration in an effort to make improvements.”

Gordon said this year’s festivities are going to include several changes, including a new venue for the Friday night captain’s party—the Lanier Islands Amphitheater—that features the Fly Betty Band, a local favorite, and catering from Jim ’N Nick’s Bar-B-Q, the same company that handles last year’s delicious dinner. She added that the Thursday night meet-n-greet is going to be held at the Coastal Breeze Seafood Grill and that Friday’s beach bash and raft up is going to be happening at Lake Lanier Islands with food provided by Fish Tales and Pig Tales. 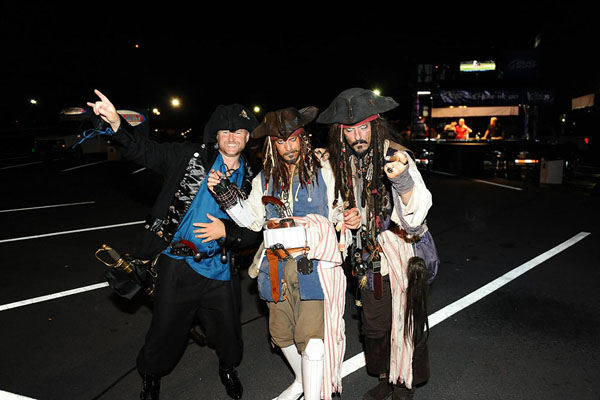 On Saturday, the event is going back to an open format, meaning there won’t be a “flag drop” start at the dam or a required order to the card stops, which include four options for participants to eat lunch. According to Gordon, the change back to the open format was required in order for the event to not have an established speed limit.

“We’re looking forward to another positive poker run and welcome boaters of all types to the event,” Gordon said, adding that the LPNG board members will be thinking about the friends they lost last year and sending their utmost support and love to the families when the memorial event on Lake Cumberland takes place the weekend before their run.

For more information on the event, visit the website or email [email protected]