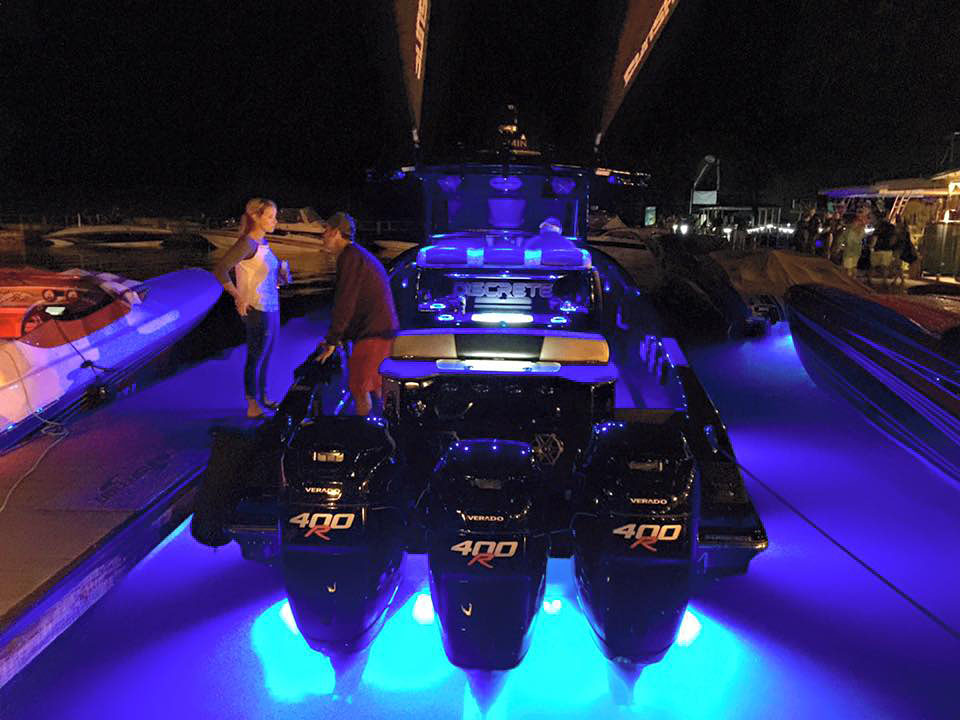 Discreet, Adam Carpenter’s 34 CCX from Sunsation Boats, was one of the show-stopping boats at State Dock during last weekend’s poker run.

For the second year in a row, the Lake Cumberland Poker Run at State Dock in Jamestown, Ky., was organized without an official start. And while the reviews were mixed once again for those used to the adrenaline-pumping, crowd-pleasing start featuring some of the most heavy-hitting performance boats in the country, the general response to the entire weekend was overwhelmingly positive.

That makes sense as it’s not like the scenery or the destinations have changed, it’s just the way in which some folks go about getting to those locations is a little different. Since its inception more than two decades ago, the Lake Cumberland Poker Run has been about houseboats and hot spots like 76 Falls and Harmon Creek, not just about who has the fastest boat.

The run, in a way, mirrors the industry, which has seen a shift toward center consoles, and highlights a change in pace and providing a platform for socializing among friends. With the influence of the performance boat companies the boats are still quick—they’re eclipsing 70, 80 and even 90 mph in V-bottoms with sizable T-tops—yet they also have a cool factor to them thanks to stunning interiors, top-notch equipment and a beautiful paint job to match. And whether or not you like the noise reduction the powerful outboard engines provide, everyone can appreciate the maintenance involved. 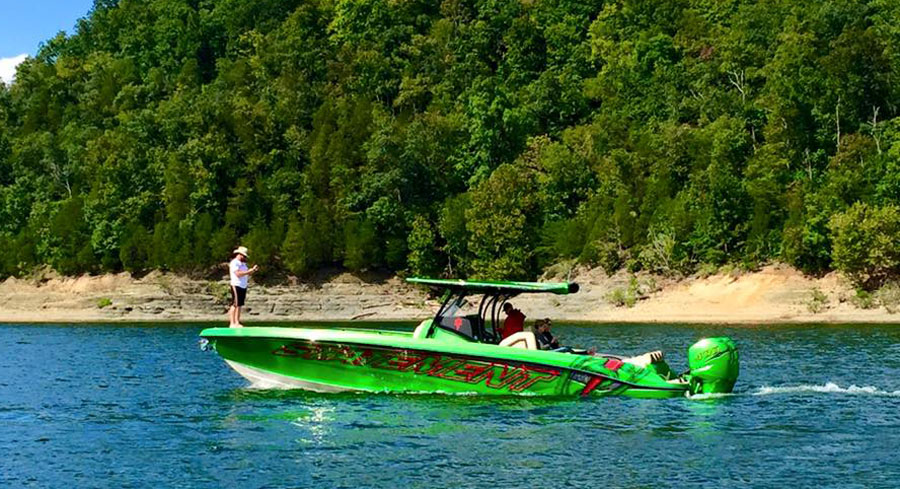 While Miller points out that an 80-mph center console is no slouch, it becomes less about the “who’s faster” mentality and more about a “come see what my boat has” approach. Coming from a guy who loved being in control of one of the front-pack-of-the-pack boats, he has mixed emotions about the new format of the event but understands the cause and effect from the accident in 2013 that claimed the lives of Jeff Asbell and Brad Smith. (Click the links to read the news story and last year’s poker run recap). 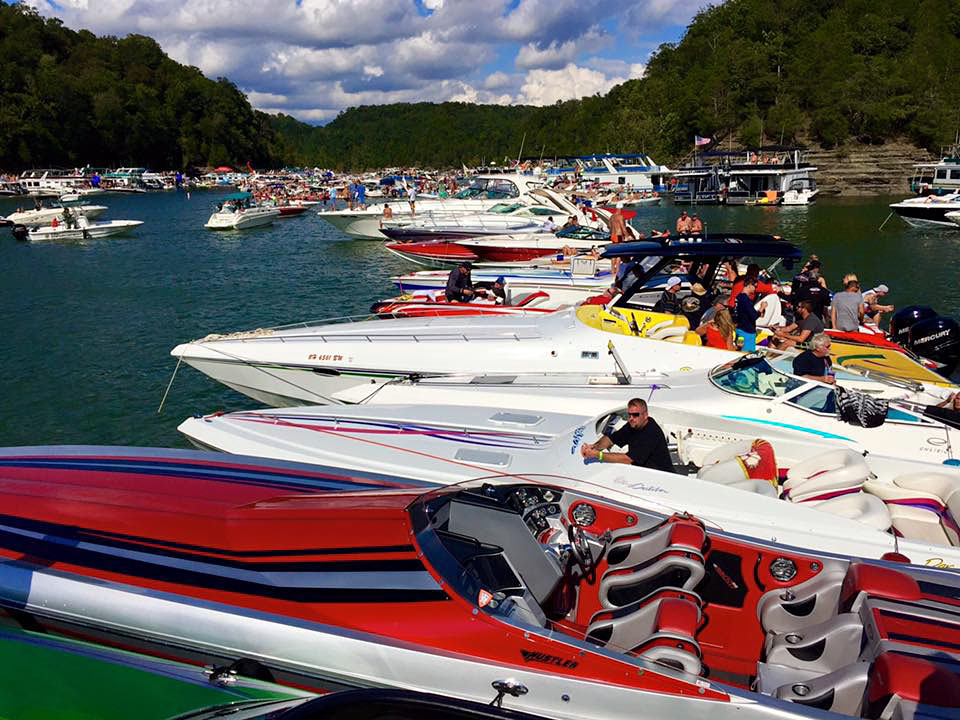 The raft-up in Party Cove at Harmon Creek is always a highlight of the Lake Cumberland Poker Run in Kentucky.

Of course, as the even-keeled Miller usually does, he went with the flow and enjoyed the event’s change of pace. He said there were several standout boats on hand, but his favorite was probably the bright green Statement 38’ SUV with triple Verado 400Rs that Statement owner Todd Werner brought to the poker run. Miller called it “ridiculous … with the biggest stereo I’ve ever seen in my life.”

“There were tons of cool boats there from DCBs to Skaters to some nice Sunsation center consoles,” Miller said. “And it wasn’t about the fastest hardware like the run was in the past. Don’t get me wrong, everyone used to come here to hang out and have a good time, too, but there was a lot of focus on the ‘fast guys’ in town. It doesn’t feel the same anymore, but it’s still a lot of fun.”