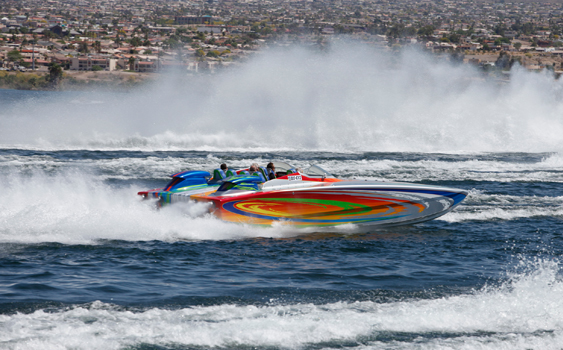 Expecting to attract 150-plus go-fast boats this April, the Desert Storm Poker Run attracts participants from the around the country.

Jim Nichols, the primary organizer and driving force behind Desert Storm, which will happen this year April 24-27 in Lake Havasu City, Ariz., and on the waters beyond, is not the excitable type. Don’t get me wrong, he has plenty of enthusiasm for the event he puts on each year with title sponsor Teague Custom Marine—handling the logistics of a poker run, a daylong street fair, a top-speed shootout and a slew of other moving parts takes a certain amount of energy. It’s just that Nichols doesn’t ever seem to get too high or too low.

So even with a little more than two months to go, you’ll have to forgive him if having 75 boats registered for the poker run—25 of which are owned by participants who have never done it before—doesn’t have him dancing on the ceiling. 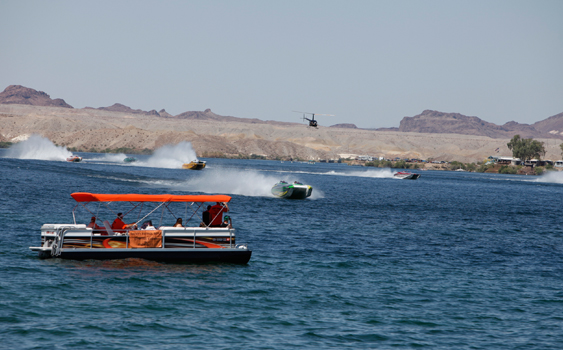 Safety boats are stationed in numerous areas of the course for the morning and afternoon poker runs.

“It is kind of a mixed bag right now, but it’s starting to come together and the number of new boats we have is definitely exciting,” says Nichols. “We already have 20 boats signed up for the shootout, and we’re hoping to double that. We’re pretty sure we’ll have our usual 150 boats in the poker run this year—we had 157 last year. We’ve had over 200 boats in the past, but not since the recession.”

Nichols continues, “We do have a conflict with the Biloxi [Miss.] offshore race being on the same weekend because, believe it or not, we have a lot participants who come from the Southeast,” he adds. “I’m hoping to work out the schedule conflict next year.” 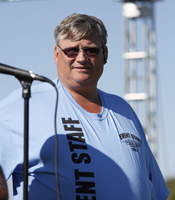 Whether the run hits the 150-boat mark, rises above it or falls below it, the drill will be the same. The Desert Storm Poker Run, which happens on Friday, is essentially two poker runs—one from 10:30 a.m. to 12:30 p.m. and one from 2 p.m. to 4:30 p.m. Each event begins with a wave of starts controlled by safety boats and organized by the top speed of the boats in each wave. Nichols says that for the morning boats he has 20 to 25 safety boats positioned along the course, both for assistance in the event and for course control. Safety boats also are stationed on the course for the second run, but there are fewer of them because fewer boats participate in the later event.

“A lot of people want to see the big boys run, so we get a bigger spectator fleet for the morning run,” says Nichols. “A lot of the bigger boats also do the run in the afternoon so they can take their families after they do the morning run. They’re not allowed to run over 110 mph with anyone in the back seat.”

While the poker run is the sizzle of Desert Storm, the annual Street Party on McCulloch Boulevard has become the steak of the event. Lake Havasu City officials estimate that up to 30,000 people attend the event, which runs from 12 noon to 9 p.m. and features hardware displays from individual boat owners and manufacturers, engine builders and parts suppliers. The party builds momentum throughout the day thanks to a lively and enthusiastic crowd that includes everyone from high-performance powerboat enthusiasts to tourists looking for a little Arizona sunshine. 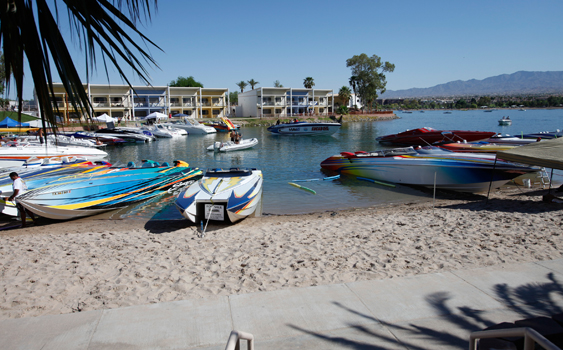 The beach scene at the Nautical Inn, ground zero for the event.

At present, Nichols is a little more than half way to his goal of having exhibits on both sides of the street for more than a mile.

“We’re at 3,500 feet right of exhibits now, so we’re still a little off,” says Nichols. “But it’s coming together pretty well. The weather has been a little cool this winter, and a lot of people haven’t started thinking about it. I’m still waiting for several of the owners of the bigger boats that are coming to contact me about their spots.” 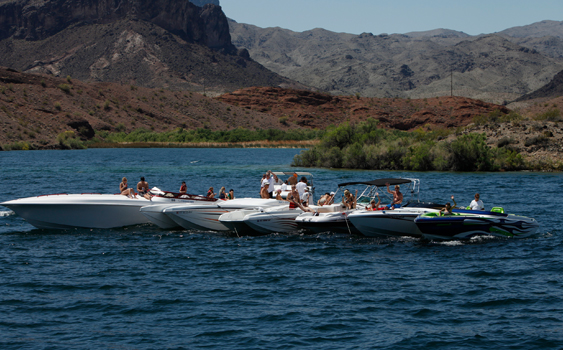 Spectator raft-offs are among the favorite ways to catch the poker run.

“The Street Party has taken on a life of its own,” Nichols adds. “The local merchants are getting more and more involved. One restaurant just contacted me about using the space in front of their place to serve food and drinks. The event is getting really well known.”

Though it has not been the success the organizers have hoped for in years past, the Top Speed Shootout will happen again on Saturday, and as Nichols says he is hoping for 40 boats. Conditions, especially wind, have dogged the event since it began and in hope of mitigating the wind issue the organizers have changed the course for 2013. 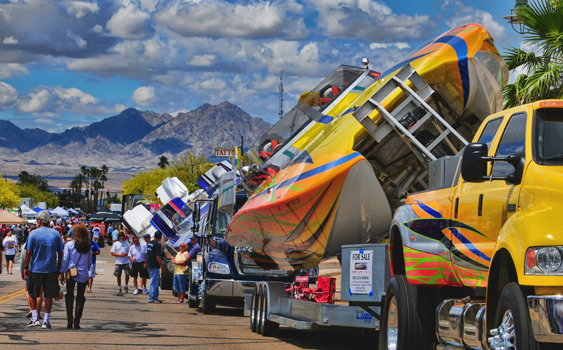 The Desert Storm Street Party gets rolling at noon. Says Nichols, “The Street Party has taken on a life of its own.” (Photo by Jay Nichols.)

Nichols maintains that while the poker run remains the primary draw for the owners of the boats who participate, they often find even more to enjoy on the waters of Lake Havasu on their own.

“I get a lot of comments from people, especially from the East Coast, who say that even though we don’t have the ‘destinations’ on our poker run that they enjoy the atmosphere, the lake and the rafting off together, just as much as they enjoy the poker run. And that’s just fine.”

All photos by Robert Brown, unless otherwise indicated.