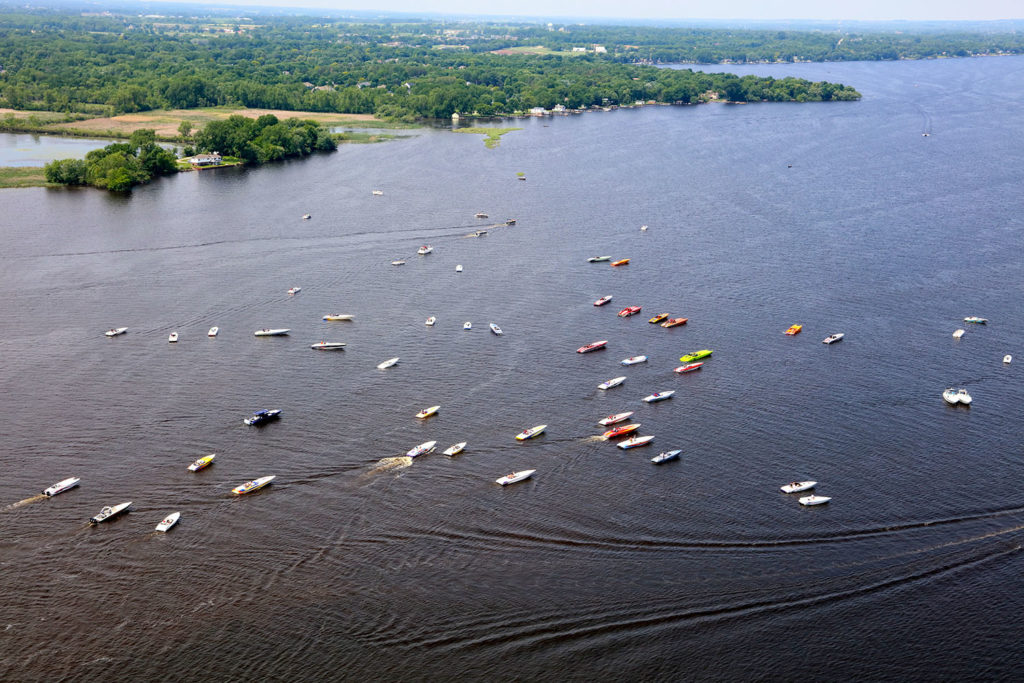 Participant feedback is essential for poker runs such as the Four Horsemen event in Wisconsin to improve. Photo by Pete Boden/Shoot 2 Thrill Pix.

By independent, I mean organizers who produce one or two—or in the case of Elite Poker Runs LCC—three events a year rather than longtime professional poker-run series organizers such as the Florida Powerboat Club or Poker Runs America.

That column sparked interest, enthusiasm and, much as this word is overused and abused—synergy among members of the independent poker-run organizer crowd. Within a week or so, they created their own group called the American Poker Run Organization and their first meeting is set for Oct. 19-21 in Nashville.

I’ll be there to cover and help moderate that event. But I’d sure like to arrive in Nashville with a list of suggestions from you, the folks who support these events. So I’m asking again, because now more than ever you have the ears of people who can affect change.

What do you want from a poker run?

Trust me, these people really, really want to know. Take Shannon Radtke, who organizes the Four Horsemen Poker Run in Oshkosh, Wis., with backing from her business partner Jason Lindemann. In 2019, the event, which started with 18 entries and had 82 boats registered this year, will celebrate its 10th anniversary.

In large part, the event has grown because Radtke listens to her customers. She wants to hear from them because she wants the event to improve and thrive.

“Per poker-runner demand we have changed up a few things for 2019,” she said. “We have doubled the amount of sponsor slips and moved the ‘big party’ to Friday night. We will still have the card draw, dinner, auction and more on Saturday night but the band and most of the ‘camaraderie’ will happen Friday night. We also will start a bit later Saturday so as to let the fishermen from Walleye Weekend do their thing and get off the water before we head out.”

These aren’t massive changes—they’re tweaks, the kind of customer-generated, ongoing incremental improvements that help take events from good to great.

Think the incredible Boyne Thunder Poker looked anything like it does today when it started 15 years ago without constant fine-tuning driven by participant feedback? On the contrary, improvement through feedback is an integral part of the Boyne Thunder organizing committee’s annual advance planning process.

So now’s your chance to speak up. Never before have you had such an opportunity to be heard by people who really want to hear from you.