You are at:Home»Poker Runs»Jacksonville River Rally Returning to its Roots 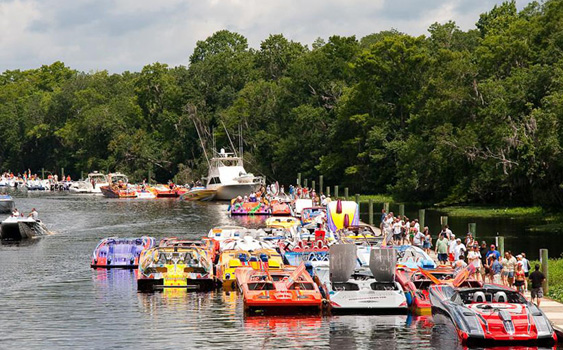 Once again, the Outback Crab Shack in St. Augustine, Fla., will be part of the Jacksonville River Rally Poker Run. (Photo by David Andrews/performance-images.com)

Last week, the go-fast community was happy to hear that the group that made the Jacksonville River Rally Poker Run one of the largest poker runs in the country is planning to keep the event alive after the Florida Powerboat Club decided against producing it.

Add in the fact that the 13th annual event along the St. Johns River in Jacksonville, Fla., and its outlying areas is going to be held in conjunction with a P1 SuperStock USA race, and the early June poker run appears poised for a return to its glory days behind the leadership of Jacksonville native and retired firefighter Bill Pyburn Sr. 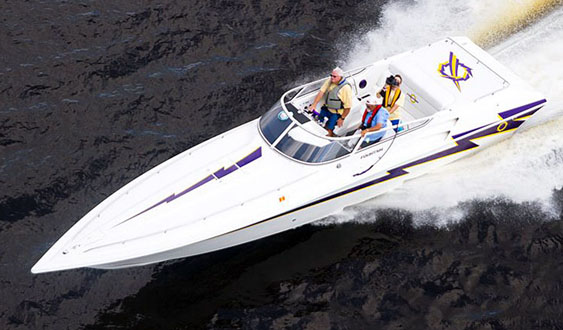 Bill Pyburn Sr. has participated in the Jacksonville River Rally Poker Run in a variety of boats, including his 35 Lightning from Fountain Powerboats. (Photo by David Andrews/performance-images.com.)

As someone who has been on the freshwater poker run and witnessed the charm of the Jacksonville Landing, the Outback Crab Shack and more, I was disappointed when the Florida Powerboat Club announced they would not be producing the event again this year. The club, which ran the event for a couple of years, announced late last year it would be focusing its resources on the Key West Land-Sea-Air Poker Run in May.

But that was before I found out Pyburn and his son, well-known performance boater Bill Pyburn Jr., who lives in Jacksonville and has run his infamous Skater Powerboats 38-foot catamaran Pure Platinum in the event many times, stepped up to make sure the poker run didn’t go down in history. 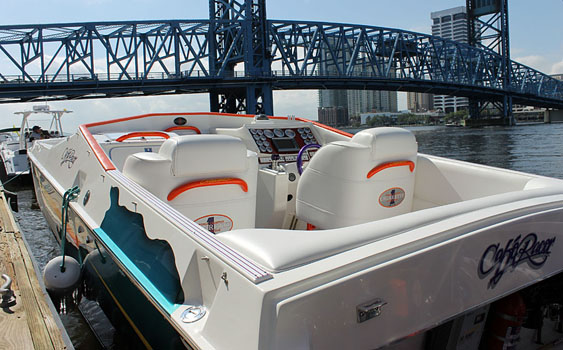 Pyburn Sr. had an obvious reason for keeping the event alive—the kids. Along with outstanding local connections and behind-the-scenes knowledge from a decade of prior involvement, Pyburn has a strong desire to raise money for Camp Amigo, a non-profit organization that runs a summer camp near Port St. Joe, Fla., for kids from Central and Northern Florida who are burn survivors. 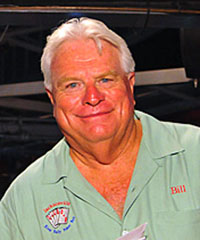 Jacksonville native and retired firefighter Bill Pyburn Sr.—“The whole thing is about giving back to the kids.”

“There’s been a lot of interest in the run since my son and I decided to bring it back,” said Pyburn Sr., adding that they’re reducing the registration price drastically—the $350 entry fee provides the captain and one passenger with lunch at the sandbar Friday, beer and wings at the dock Friday night and dinner on Saturday evening. Each additional person is $50. “We moved the event back into June and look forward to putting some old-school fun back into the run. We’re hoping for at least 60 boats. I don’t see any reason why we can’t get there.

“The whole thing is about giving back to the kids,” Pyburn Sr. continued. “All of the money goes to the camp—every penny of it. Anyone who takes the time to volunteer at the camp says it is life-changing. Obviously with many of my son’s friends already committed we’re going to have some big boats here, but the event is open to anyone in whatever kind of boat you want to run. We just want to raise as much money as possible.”

If you haven’t been to the Jacksonville River Rally Poker Run and are the least bit interested, I highly recommend making the trip. Not only is the time on the water an absolute blast, the inviting waterfront downtown makes for a picturesque setting and a nightlife that’s tough to beat.