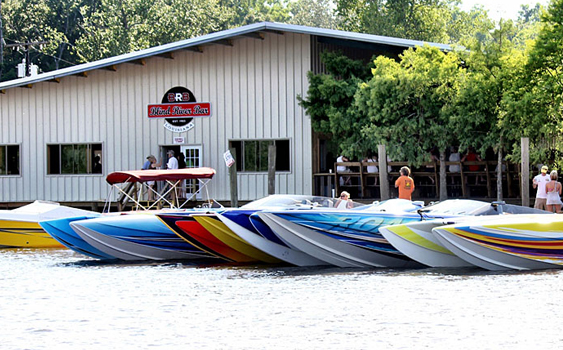 The Blind River Bar on Louisiana’s Lake Maurepas is one of the eight card stops on the Tickfaw 200 Poker Run.

With the catchphrases “Where the Big Boys Play!” and “Bring Your Party Attitude or Stay Home!” written on the event’s website, Louisiana’s immensely popular Tickfaw 200 Poker Run has never shied away from its boisterous, fun-filled reputation. And after a quarter of a century, why should it?

With the 26th annual event returning to Blood River Landing in Springfield on May 3-4, organizers are expecting big things once again for the two-day run, which features eight stops along half a dozen waterways, including the Blind River, Blood River, Lake Pontchartrain and Tickfaw River. Poker runners have from noon on Friday though 7 p.m. on Saturday to hit the stops and return their completed Tickfaw 200 badges to the Landing’s Fun House for the awards party featuring a live band and a Cajun-style feast.

“We do the two-day format so people take the time to enjoy this area of the country and not have to rush from stop to stop,” said Casey Harrison, one of the event’s organizers. “It’s not about being the fastest or the first to finish, it’s about having a good time at all of the stops while raising money for a good cause.” 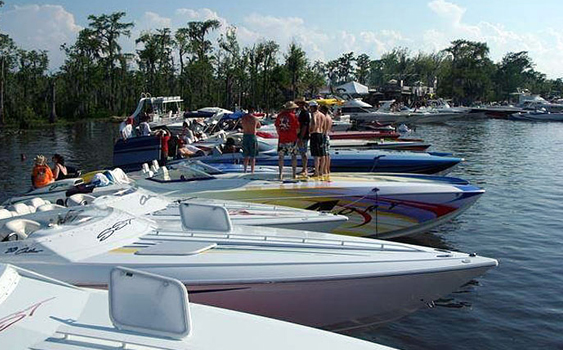 As it’s been for the past 25 years, the Tickfaw 200 Poker Run welcomes boats of all shapes and sizes.

Harrison, who said all of the event proceeds are donated to the marine division of the local Sheriff’s department, explained that organizers have decided to offer a special payout this year to anyone who pulls a royal flush in spades. The $5,000 payout is on top of the $2,000 prize for the top hand, which is followed by $1,500, $1,000 and $200 for second, third and fourth, respectively.

Despite spending a majority of the money Blood River Landing budgeted for the event on repairing the marina and marina owner Joey Fontenot’s house after Hurricane Isaac ravished the Gulf Coast in August 2012, Harrison said the run won’t miss a beat as the community rebounds from the devastation.

“The damage from the hurricane was pretty bad,” Harrison explained. “We had to move two of our stops because the places are no longer in business. I think this was the biggest flood in our area in over 20 years. Blood River was under a minimum of three feet of water for a few days.”

Harrison added, “But we’re not looking for sympathy and we’re not trying to sell this event on our misfortune. When something like a hurricane happens down here, we fix it and move on.” 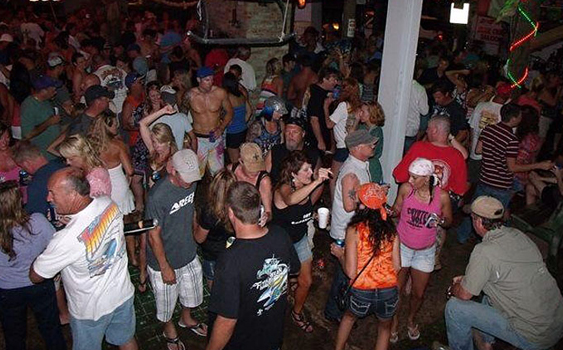 The Fun House at Blood River Landing is the place to be for good food, music and fun on Thursday, Friday and Saturday night.

Along with live bands at Blood River Landing on Thursday, Friday and Saturday nights, the annual chicken drop is happening at Riverside Bar in Madisonville, with proceeds from the drop going to the Madisonville fire department. Harrison also said they’re enhancing the event with additional vendors this year.

If you’re interested in signing up for the run, you should do it soon before the registration ends. According to Harrison, the on-site RV and trailer accommodations is practically filled to capacity.