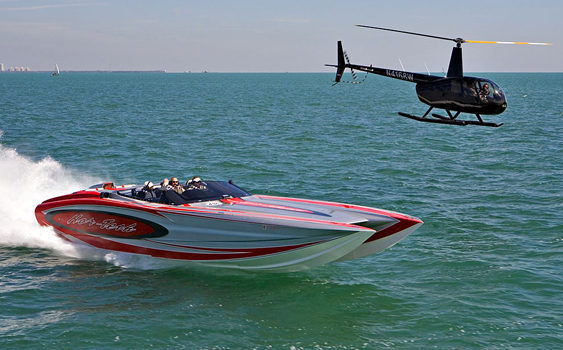 By the end of 2012—thanks primarily to a gig writing for Powerboating in Paradise—I had traveled to a half dozen poker runs and met or reconnected with thousands of powerboat enthusiasts. From a journalistic perspective, I felt like I told some fairly memorable stories. But I’m sure 10 years from now when I look back on 2012, I won’t recall what I wrote about the Emerald Coast Poker Run presented by the Florida Powerboat Club (FPC).

What I will remember are all of the exceptional people I got to know, and ultimately respect, along the way. Over the years as an editor of Powerboat, I was able to travel to a poker run here and there, but never more than two or three in a year. And while I spent a good amount of time meeting and interviewing unfamiliar people within the boating public—essentially our readers—I focused just as much on talking with the organizers and the industry folks to get their perspective on the event as well.

Along with delivering features on the FPC poker runs, I tackled a handful of profiles on some of the club’s most dedicated members. This was where the job differed from the Powerboat days. Rather than interviewing those who made these boats or raced these boats, these were the guys using these exceptional machines—in fact, most of them bought and sold high-performance boats frequently. They weren’t the usual players being featured in the pages of “The World’s Leading Performance Boating Magazine,” but they were all worthy.

Kenny Armstrong, who owns the 48-foot MTI Phantom, works hard, plays hard and isn’t afraid to give back when it comes to poker run charities. (Photo courtesy Florida Powerboat Club.)

Anyone with the means to jump from one new model from Cigarette Racing, Marine Technology Inc. (MTI) or Nor-Tech Hi-Performance Boats has probably accomplished a lot in life. That being said, I expected to have plenty to write about when it came to Louisiana’s David Branton, a diehard Cigarette owner, or Bill Robbins, a big-hearted Texan with a 38-footer from Fountain Powerboats and a 4000 Roadster from Nor-Tech.

That was an accurate assumption. Those two examples and the others I interviewed, guys like Tom Abraham, Kenny Armstrong and Mark Fischer, are successful business owners with strong family roots and an extreme passion for boating—with an emphasis on going fast, although cruising, diving and fishing finish a close second. What surprised me though was the generosity and sincerity of each and every one of these boaters.

I mean, I’ve met many of these guys before at a poker run—some even at a Powerboat testing event—yet I had never truly gotten to know any of them. And maybe this is wrong to think, but being that I’m in a totally different tax bracket, I wasn’t sure if I’d fit in with Abraham, Branton or Robbins. I was dead wrong. 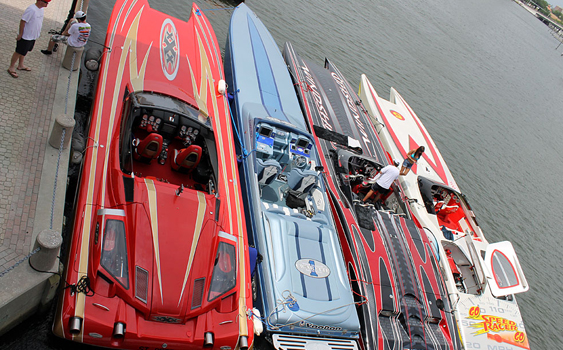 There was no “I’m better than you” attitude; rather it was “Welcome aboard.” The generosity didn’t just extend to me, either. It’s astounding to think of how much money Robbins has donated to various charities through boating events over the past decade. Same goes for Fischer, who donates cars through his company OffLeaseOnly.com for the poker run winner at many FPC events.

It’s obvious that Fischer, Robbins and many other elite poker runners work hard so they can play hard. But what stands out to me is the attitude these guys have when it comes to giving back to the waterside communities they enjoy via their powerboats. Whether it’s bidding on items at an auction, taking disabled kids for rides or buying additional fundraising poker run hands, they always come to events with the right frame of mind. They know there are less-fortunate people out there and they’re not afraid to share the wealth when it goes to a good cause. Stories like theirs should be told.