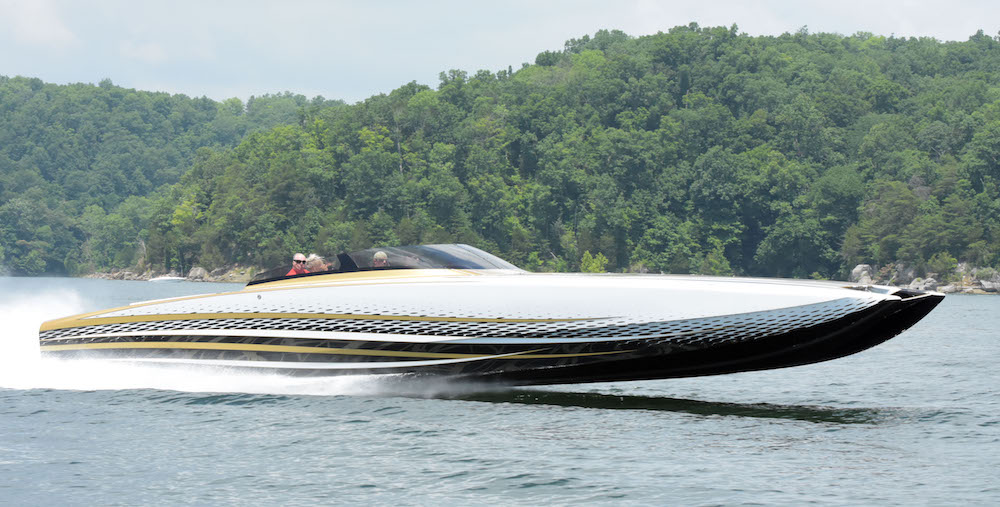 It wasn’t really a “good question,” but Justin Lucas, one of the primary organizers of the Lake Cumberland Thunder Run, told me that it was when I asked him if it was hard to believe he’s been doing the Thunder Run for 10 years. Well maybe it was a good question, it just wasn’t an original one—and as a reporter, I try to come up with questions that most people wouldn’t think about asking.

Either way, Lucas took a moment to reflect on the question and immediately said that it doesn’t feel like 10 years have passed since he and his good friend, Dan Weiss, decided to act on an impulse idea they had to bring an event to the popular Kentucky lake in June because there wasn’t much else going on locally at the time.

“It’s kind of a surreal feeling to think about where we started to where we’ve come with the Thunder Run,” Lucas said. “It doesn’t feel like 10 years, but then again the event has definitely evolved. Although it’s never been easy, organizing this run is probably one of the coolest things I’ve done in my life because we’ve been able to impact a lot of different people by putting it together. Plus I’ve met so many incredible people from this event not to mention all of the others I’ve traveled to mainly because I got more involved in this lifestyle than I ever thought I would.” 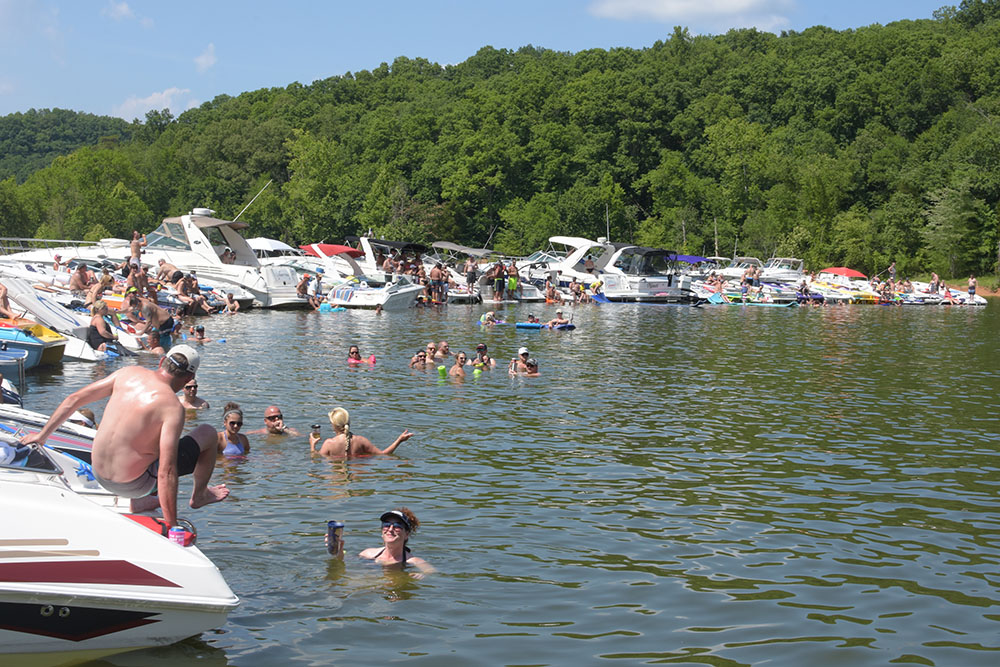 Between Harmon Creek and 76 Falls, the raft-ups at the Lake Cumberland Thunder Run are always memorable.

Lucas, who owns a center console and is as passionate about the Thunder Run as he is about every other event he attends with or without his supportive wife, Erin, admits that organizing the event can be stressful but he wouldn’t have it any other way. He enjoys trying to come up with a little twist each year as well as gathering new prizes and/or sponsorships.

In what is easily the event’s most major change in its nine-year history, Lucas announced earlier this year that the Lake Cumberland Thunder Run is moving to State Dock in Jamestown, Ky. In the past, Grider Hill Resort and Marina hosted the run.

“We love Grider Hill but we’re excited about the move to State Dock because of the scenery change and the venue overall,” Lucas said. “It should be good for the run and I think a large majority of the participants will see it that way.

“It’s not going to be the same-old Thunder Run because of the new location, but we are planning to do a lot of the same things and of course have a lot of the same sponsors and participants coming back this year,” Lucas continued. “We’re not looking to do a huge production like the Lake Cumberland Poker Run in the fall, but we do have some new things in store because we are going to be at State Dock. We’ve always tried to keep a small, grassroots feel with our event and we don’t plan on changing that at all. We’ve grown 400 percent since we started the run, but we’ve always been personable and it’s going to continue to be that way.” 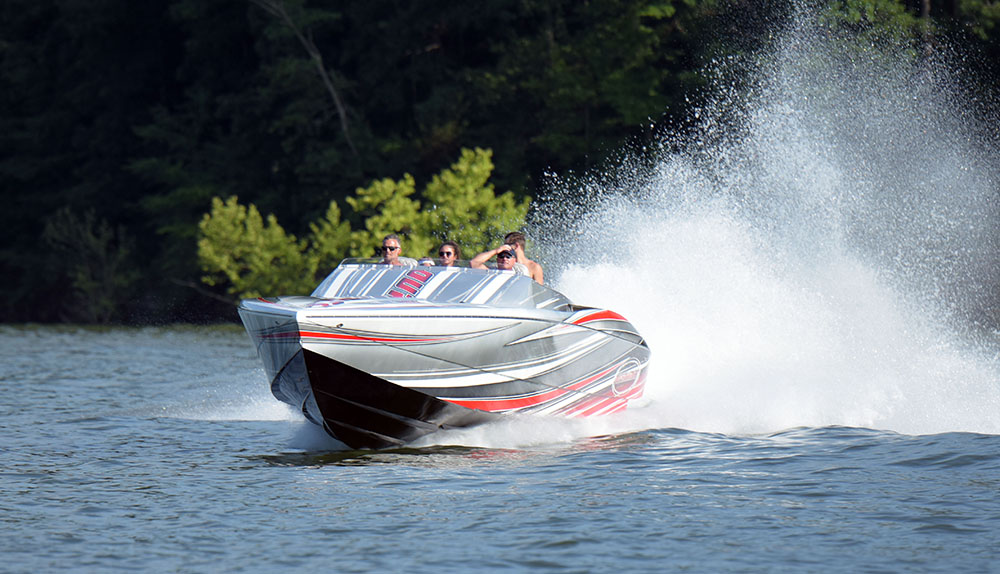 Scott Deaton and friends had a great time at the 2017 event in Deaton’s Outerlimits SL 36 V-bottom powered by twin Mercury Racing 565 engines.

Lucas said the cash prize for the event is being raised from $3,000 to $5,000 this year and that the event’s Thunder Run Soundoff stereo competition judging takes place Friday from 4 p.m. to 6 p.m., following the fun run to 76 Falls for a raft-up and bonus poker chip.

On Saturday, following the drivers meeting, the fleet will depart State Dock in five different groups starting at 11:30 a.m. The first and second stops—Conley Bottom Resort and Burnside Marina, respectively—will be followed by the lunch stop at Wolf Creek Marina. After lunch, participants will make another stop at Beaver Creek before heading to Harmon Creek for a “can’t miss” raft-up.

The fifth and final card stop is at card turn in at State Dock, which is followed by dinner and an awards ceremony with prizes such as a free houseboat rental from State Dock, a surge brake conversion kit from Hydrastar USA, an AO Coolers soft-sided cooler, a Florida Powerboat Club goodie bag, gift cards and more. Lucas added that he’s excited to have Kevin Johns with Instant Memories handling the event photography and providing one of his fun on-site photo booths.