You are at:Home»Racing»Biddle and Blumenstein Look to Win from Coast to Coast 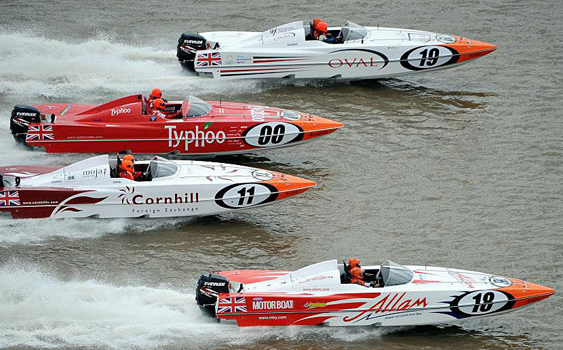 Biddle and Blumenstein are having fun racing overseas in England—it helps that they keep winning.

Defending P1 SuperStock USA champions Andy Biddle and Tracy Blumenstein have a few goals in mind this season, but one is more motivating than the others—the chance to become the first team to win a national championship on both sides of the Atlantic Ocean. An achievement no other team could ever accomplish again. With one race remaining, the team is in the driver’s seat heading into the P1 SuperStock UK Championship race in Torquay, England (Aug. 10-11).

I caught up with Biddle yesterday, just days after he and Blumenstein drove the MBY Allam Marine boat to a second-straight P1 SuperStock UK win in Plymouth and extended their points lead to 17 over the Oval Racing team of Nick Williams and Jonny Albut. Confident in both himself and his teammate’s racing ability going into the finale, the driver sounded excited and a bit exhausted at the same time.

“I have to thank P1 for the opportunity,” said Biddle, who owns the two Professional Boat dealerships in New Jersey with Blumenstein. “The organization has been instrumental in allowing us to race overseas. They’re expanding all over the world so being able to make the series international with us racing over there and James Norvill racing over here can only help the sport.” 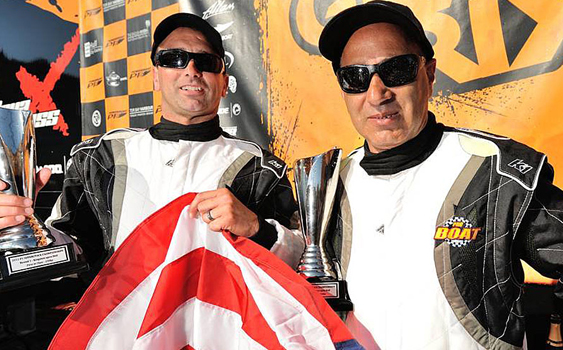 Expanding is right. Earlier this year, P1 announced it was introducing a SuperStock Series in the United Arab Emirates in November and hosting an International SuperStock Cup in India before the end of the year (although dates have not been confirmed). According to P1 SuperStock USA director, Azam Rangoonwala, the series also will be expanding into China and Singapore in 2014.

But back to Biddle and Blumenstein and the current season. The teammates, who run Team ProBoat in the USA series, didn’t have much luck in the season opener in Stuart, Fla, and are currently fourth overall in total points after one race (weather forced the cancellation of the second race in Daytona). Although only six points separate the team from the leaders—Tom and Jason Morton, the father-and-son team who drive the Morton Water boat.

The third race of the season, which is only taking place in Florida this year, is coming up in a couple of weeks (July 19-21 in Pahokee) and Biddle can’t wait to get out there and try to earn a second championship. With P1 planning to make up the Daytona rounds at the next two events in Pahokee and Cocoa Beach (Aug. 16-18), being prepared for each event is even more important. The season finale is set for Marathon in the Florida Keys (Sept. 13-15). 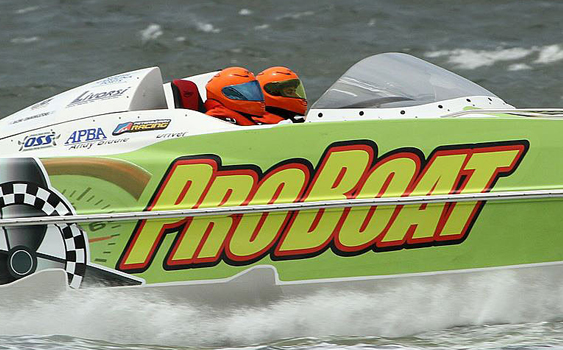 Biddle knows it’s going to take some work to defend their championship, but he also knows there’s plenty of racing left so you won’t find him worrying. What’s going to be taxing is racing back-to-back weekends in August.

“We really enjoy racing P1 because everyone is on an even playing field,” said Biddle, a veteran offshore racer who won a Super Boat International Factory 1 class world championship in 1999. “It’s just the time away from our dealership that makes it kind of difficult. We actually had to do some hiring because of us not being there all the time right now. But that’s OK because we’re having a great time racing and have made some good friends along the way.”

Biddle added that another motivating factor for racing overseas was to compare the stateside driving style to that of the competition in the UK. He said that the drivers turn differently overseas, describing it as a bigger sweeping effort rather than the tight turns the American teams try to take.

“We turn the boat like it’s a small boat, they turn it like it’s a big boat,” said Biddle, who believes that has given their team an advantage. “I think they’re learning from the way we drive. I know some of the teams have been watching videos already and I’m sure they’ll be watching video from this last race. We’re expecting even tougher competition in the final race of the season.”