You are at:Home»Racing»Handicapping The SBI Key West World Championships 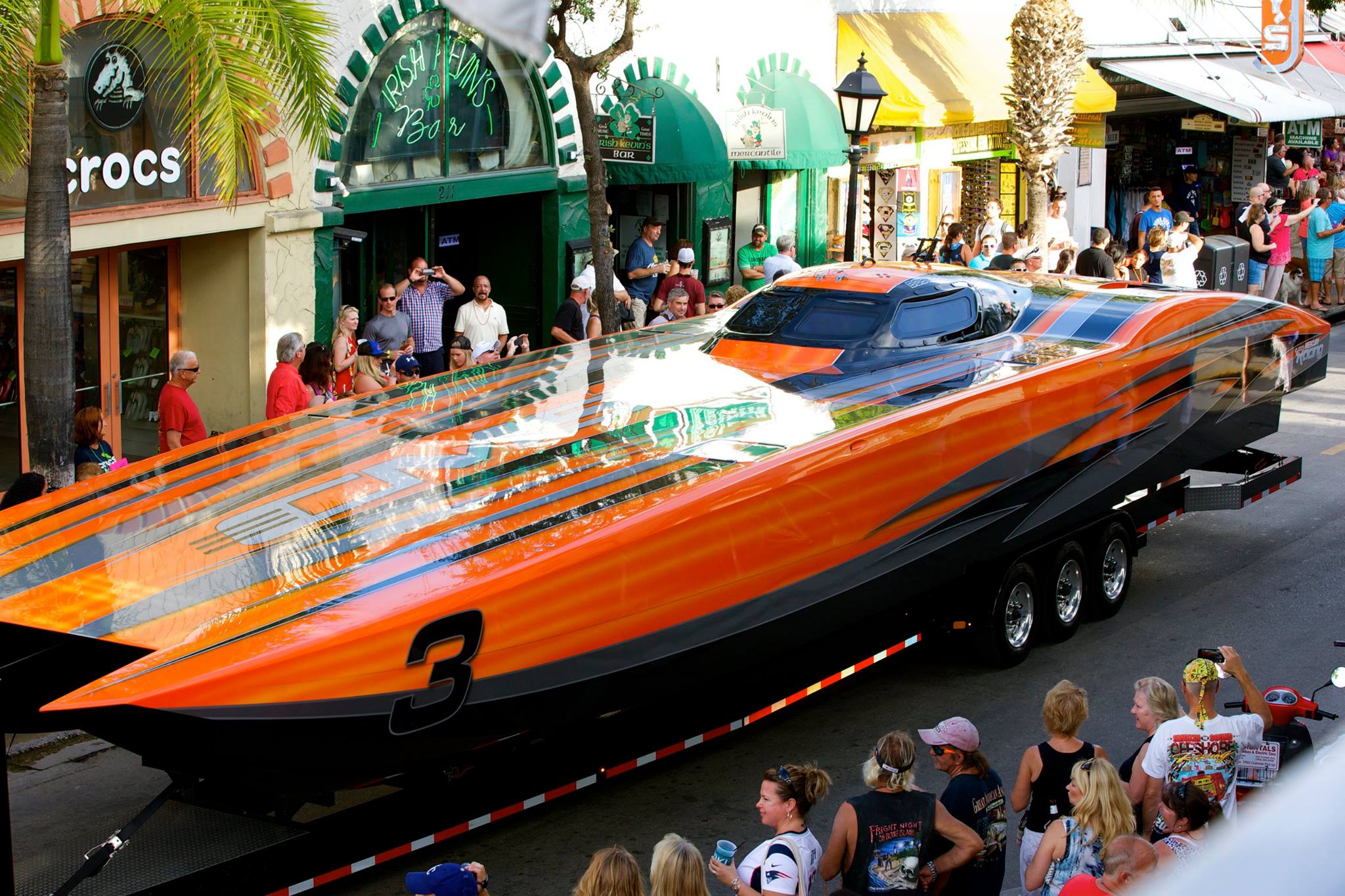 Look for CMS to bring the heat in the form its two-boat arsenal this week in Key West.

As offshore powerboat racing handicappers go, I’m horrible. Yeah, sure, I called Miss GEICO Offshore Racing’s back-to-back Super Boat International Superboat Unlimited-class world titles in 2013 and 2014, but I’ve pretty much missed the boat on everything else in the past two years—to the point where there probably are more than a few teams that don’t want me to pick them. (More likely, they don’t care what my picks are, and that’s a good thing.) But I cover the sport, so for better or worse I get this platform.

What makes it so hard to pick the winners in each class at the annual SBI World Championships in Key West, Fla., is pretty simple: You’re not handicapping one race, which is tough enough. You’re handicapping an entire mini-season packed into one week. The 2015 SBI regular season consisted of four races spread over five months this year. This week’s SBI Worlds consists of three races—Wednesday, Friday and Sunday. You don’t have a month to repair your equipment if it breaks. You have a day.

But enough with the excuses. It’s time to prognosticate, which sounds dirty but really isn’t.

CMS — OK, aside from the beating I’ll take from the Miss GEICO folks, this hardly constitutes a bold or risky pick for first place. While the two CMS Marine Technology, Inc., catamarans didn’t face much competition during the regular season, I’m not sure how much it would have mattered if they had. Clearly, team owner Bob Bull is committed to taking a world title this year. And you can bet that MTI’s Randy Scism—who shares the cockpit of the team’s 52-footer with Bull—and John Tomlinson—who shares the cockpit of the team’s 48-footer with Jeff Harris—are pumped up to bring home a domestic world championship for Bull and MTI after taking home the 2015 Union Internationale Motonautique Class 1 World Championship (read the story) last week. Clearly, Tomlinson and Scism have all the motivation they need.

Broadco Category 5 Offshore Racing — The depth of competition in the Superboat class makes it far and away the most challenging field to handicap. So, why am I picking a team that barrel-rolled in the first race of the 2015 season, hasn’t raced since and is bringing a completely rebuilt MTI catamaran to Key West? Well, I’ve spent a lot of time this year chatting with Grant Bruggemann, the team’s throttleman and manager, for various news stories and features. The last time we spoke he was fresh from testing the new Broadco cat with owner/driver Chuck Broaddus and that chat left me saying, “I wouldn’t bet against this guy—hell, I wouldn’t want to meet him in a dark alley.” And, at least in the world of offshore powerboat racing, handicapping really does come down to hunches. My hunch is that Broaddus and Bruggemann will leave Key West with their second consecutive Superboat-class world title. My dark horse pick? Maritimo because, frankly, Australians are bad-asses. And that’s more than a hunch. 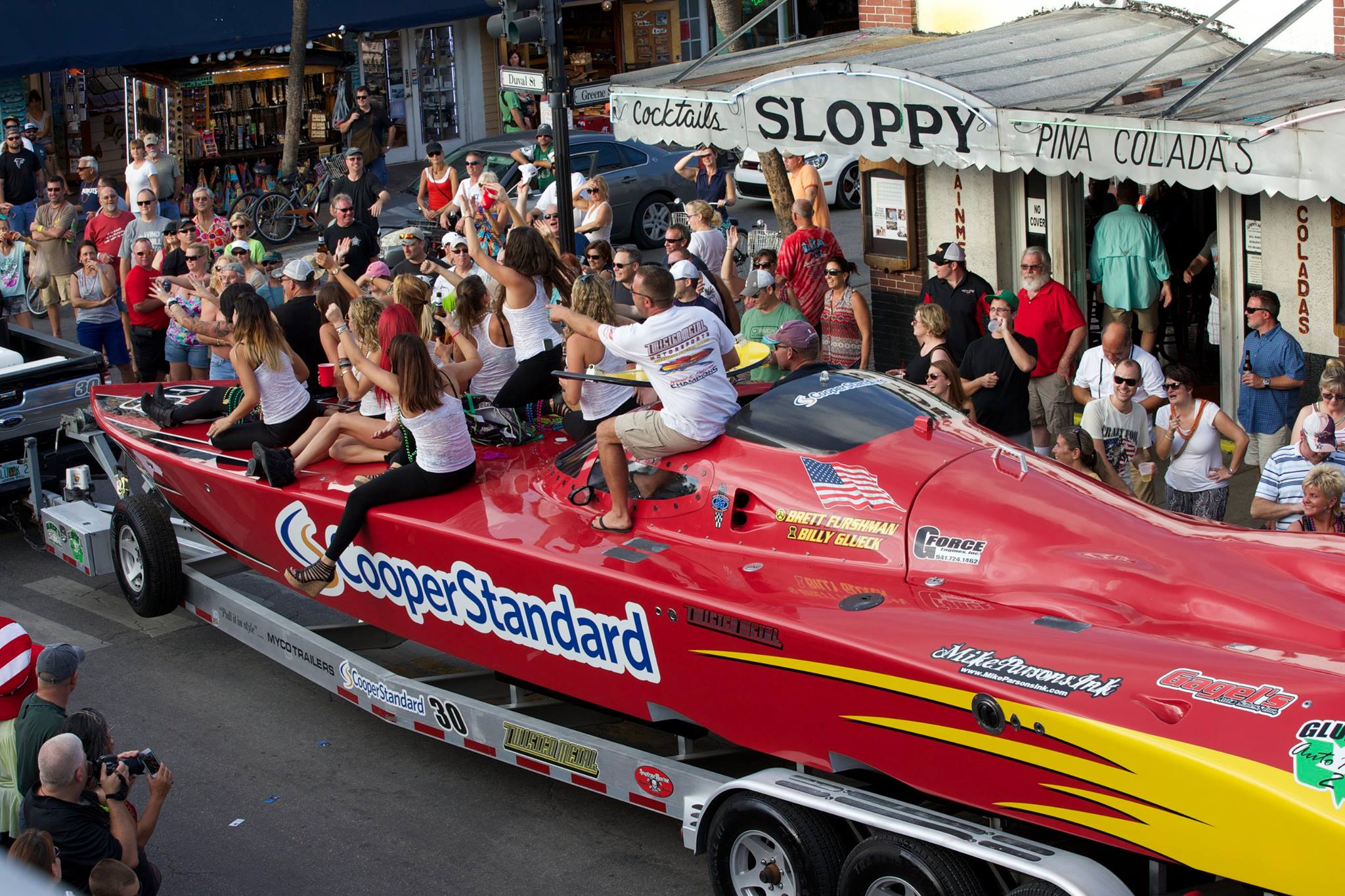 Twisted Metal/Cooper Standard is out to keep its new sponsor and bring home a Superboat Extreme-class world title.

Twisted Metal/Cooper Standard — The defending Superboat Extreme-class world champion, the Hooters/Instigator team heads into the 2015 Key West Worlds with veterans Peter Meyer and John Stanch in the cockpit of Meyer’s 40-foot Fountain. (Health issues have sidelined the dedicated Meyers at times during the Key Worlds, so like all racing fans I’m hoping to see him run all three races.) Like Hooters/Instigator, the Twisted Metal/Cooper Standard team also comes to play with the significant talent in the cockpit, namely owner/throttleman Billy Glueck and driver Brett Furshman in another Fountain. On most days, Glueck’s Fountain appears to be faster than Meyers’ Fountain, but that’s not why I give the edge to Twisted Metal/Cooper Standard. The team has a new sponsor—Cooper Standard—to impress and retain and my bet is they’ll do everything it takes to accomplish that. A world title likely would go a long way toward securing their new backer. 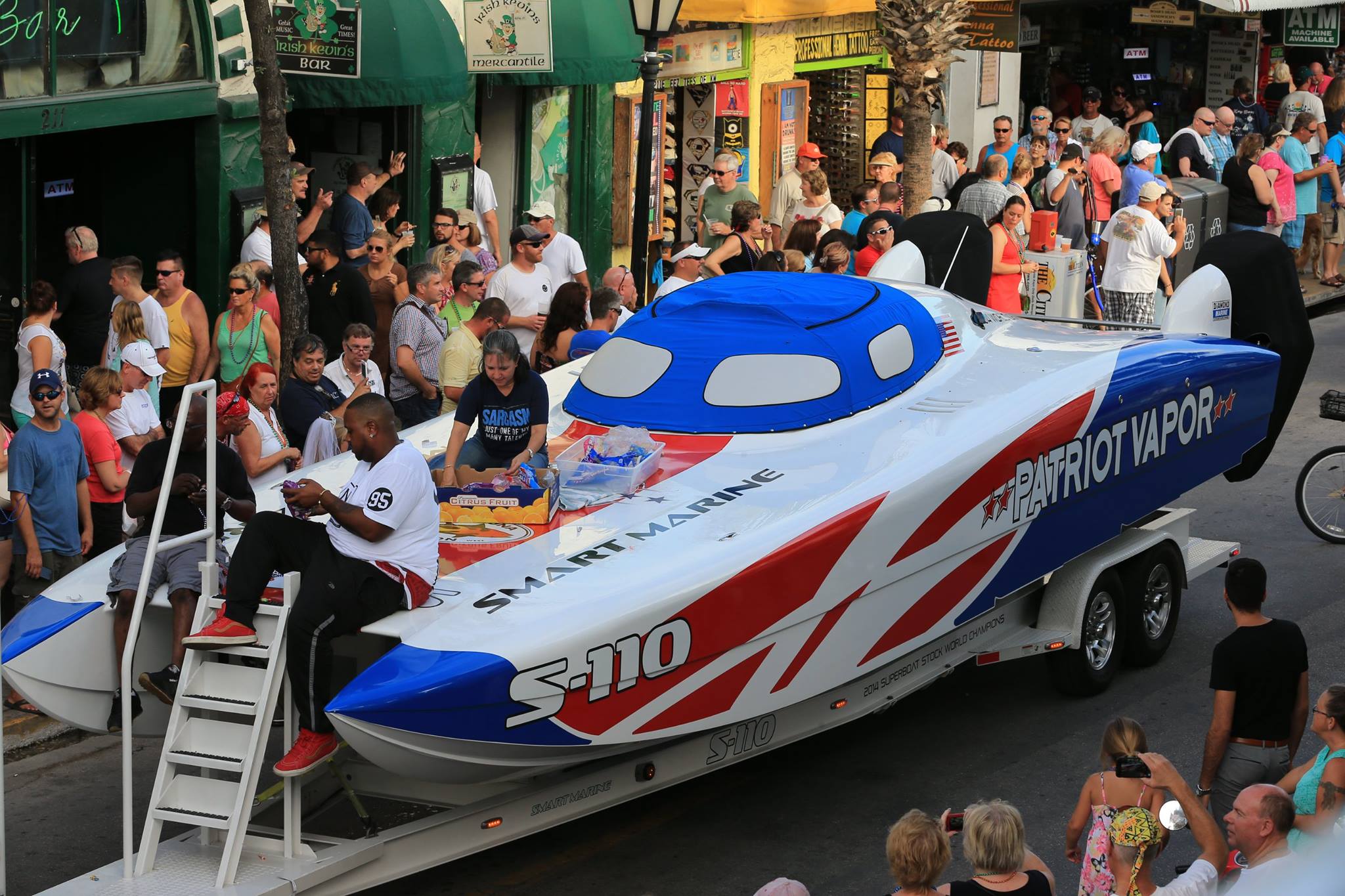 Patriot Vapor/Smart Marine Service — Because I can be hopelessly immature, I have a certain fondness for BBR Screamin’ Nuts/5 Brothers Grocery on team name alone. That said, I don’t see the team’s Ryan Beckley and Tanner Lewis being able to give owner/driver Chris Schoenbohm and throttleman Shaun Torrente in the 32-foot Doug Wright Patriot Vapor/Smart Marine Service catamaran a run for their money. An accomplished veteran offshore racer in his own right, Schoenbohm has a knack for attracting throttling talent to his team’s cockpit. Last year, he claimed the Stock-class world title with Gary Ballough, and this year he’ll have Torrente alongside him. Their toughest competition likely will come from the slippery fast Talbot Excavating team of owner/driver Kyler Talbot and throttleman Jay Muller in their 32-foot Doug Wright—and that team is due for at least one breakout performance—but I’m picking Patriot Vapor/Smart Marine Service to repeat this year. 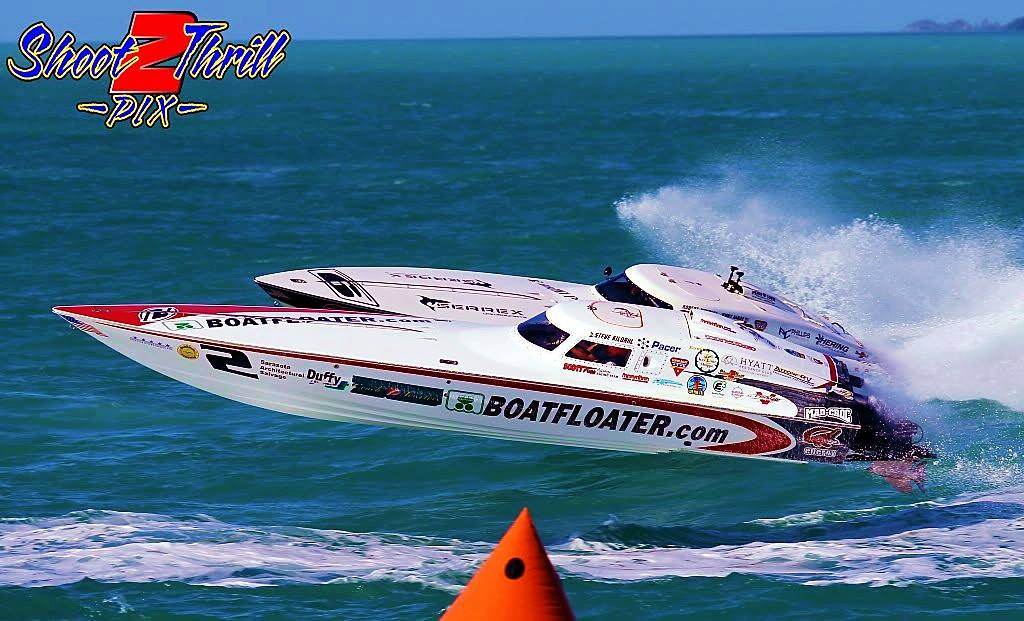 Boatfloater.com — The father-and-son Boatfloater.com cockpit duo of Steve and Stephen Kildahl isn’t my pick to take the Superboat Vee-class world championship title because multi-time class world champion Snowy Mountain Brewery team isn’t registered (at present) to compete. I’m picking the Boatfloater.com team because I’m relatively certain that their fellow Superboat Vee-class competitor Steve Miklos—hard as he’ll fight to beat them in Sun Print—would pick the Kildahls if he were in my position. Every time I interview Miklos, the conversation eventually leads to their excellence as offshore racers and sportsmen. And who am I to argue with a veteran such as Steve Miklos, though I suspect that the battle for world supremacy in the class between Sun Print and Boatfloater.com will come down to a handful of points.

All photos by Pete Boden.