You are at:Home»Racing»Lake Race Live and Clear 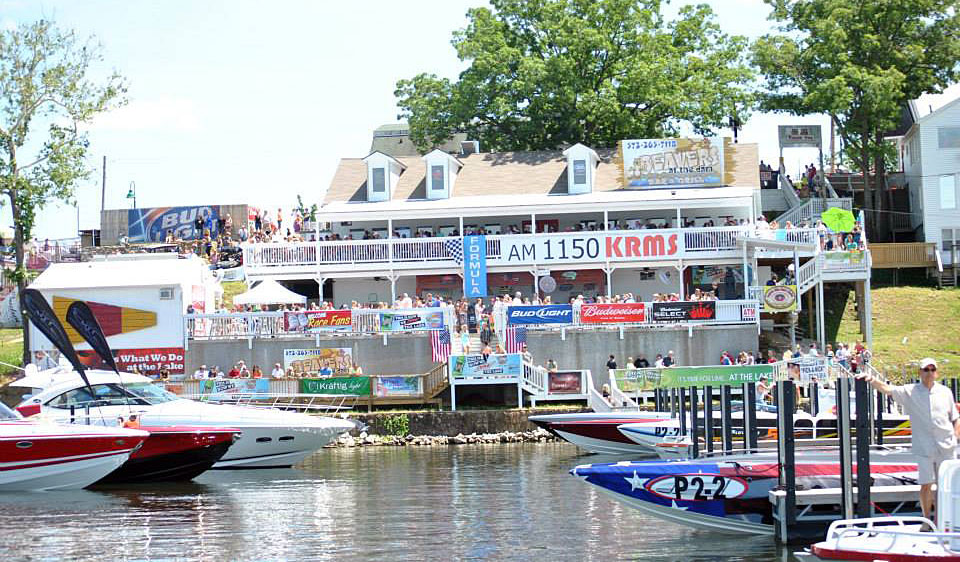 Once again Beavers at the Dam will host the Lake Race on Missouri’s Lake of the Ozarks.

With next week’s third annual Lake Race (June 5-7) around the corner, there’s plenty of good news for anyone who can’t make it to Missouri’s Lake of the Ozarks but would still like to watch the racing on Saturday and Sunday.

Not only is the live TV and online broadcast being anchored once again by Brendan Matthews (a familiar face and voice among Lake of the Ozarks Shootout fans) and David Scott (an offshore racing world champion and local celebrity thanks to eight Shootout Top Gun titles) with local powerboat aficionado Shane Sherman providing insight from the docks at Beavers at the Dam, the coverage produced by KRMS Radio is expected to be better than before as the longtime “voice of the lake” is utilizing new equipment for the race presented by Performance Boat Center.

According to Dennis Klautzer, one of the owners of KRMS, the company has purchased new high-definition digital cameras and other production gear that is expected to enhance the quality of the Lake Race broadcast and the Shootout coverage in late August, both of which can be heard on the radio, too.

“We’re planning to have six cameras out on the course—twice as many as last year—to capture as much of the action as possible,” Klautzer said. “Starting with this weekend’s Lake Race 5K Run/Walk on the Bagnell Dam Strip and the Props and Hoses Fun Run, we’ll also have a video crew shooting everything from the drivers’ meeting and the street party so we can assemble clips to show during the broadcast.” 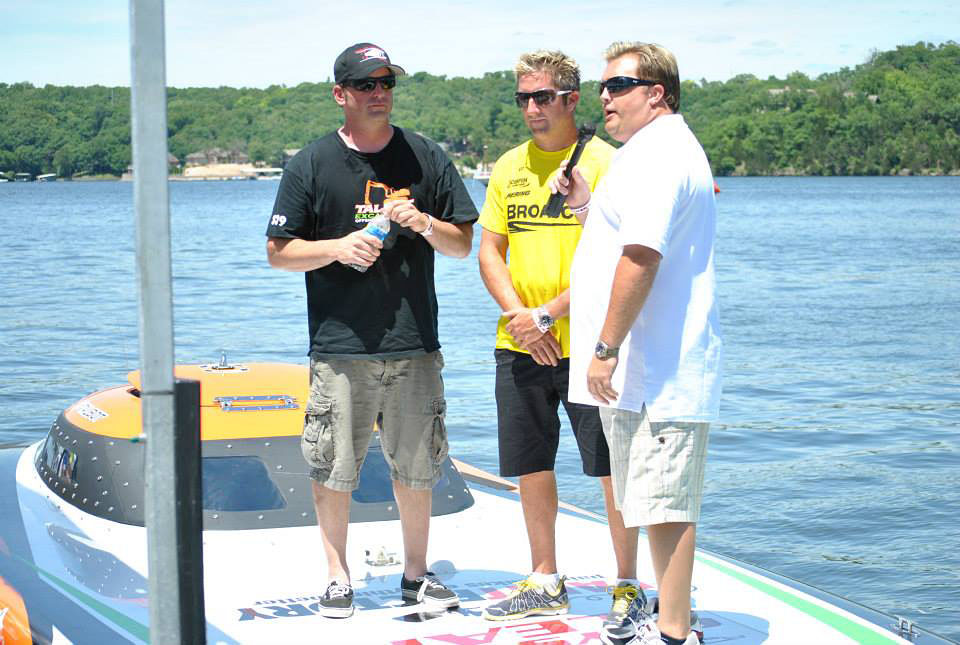 Shane Sherman (right) will provide live interviews at the docks during this year’s Lake Race broadcast.

Over the next week, Klautzer and crew will be setting up shop at Beavers at the Dam to capture the race, which features various classes of the Offshore Powerboat Association competing for a hefty $75,000 cash purse—$40,000 of which is earmarked for the “Run What You Brung” class that will qualify on Saturday and race on Sunday. The broadcasts are scheduled from noon to 3 p.m. CST each day and can be seen via Ustream at krmsradio.com.

Klautzer, who appreciates boat racing and the visual element it provides, said that he’s interested in taking the company’s mobile production services on the road to other parts of the country to cover and promote even more racing. In the meantime, his team will focus on providing the best broadcast possible next week.

“We can’t wait for everyone to be here for the Lake Race,” said event chairperson Mike Sheppard, who owns Beavers at the Dam and was ecstatic that the Lake Ozark Board of Alderman voted approval for open alcohol containers during Friday evening’s street party along the historic Bagnell Dam Strip. “We have an awesome weekend planned. We’ve essentially shut down the strip for three days between the race village, the vendors, a kids/family area and plenty of entertainment from fireworks and fashion shows to performances from a popular Kansas City-based band [the Patrick Lentz Band], local DJs and more.”

Although he won’t be watching what he expects to be an impressive broadcast (at least not live anyway), Sheppard said he’s already talked with many people around the lake and the state that will be tuning in.

“Last year Beavers at the Dam was completely full and we’re expecting the same thing next week,” he said. “In fact many of the homes and condo units with excellent views of the racecourse will be hosting parties this year. Recently I spoke with a guy who had 150 people at his house last year to watch the Lake Race. Now that’s cool.”

It sure is. There aren’t many places in the country where you can watch an offshore race from your backyard. Luckily for most of us, we don’t have to be there to catch the action thanks to the KRMS crew.