You are at:Home»Racing»Michigan Treats Ballough Well 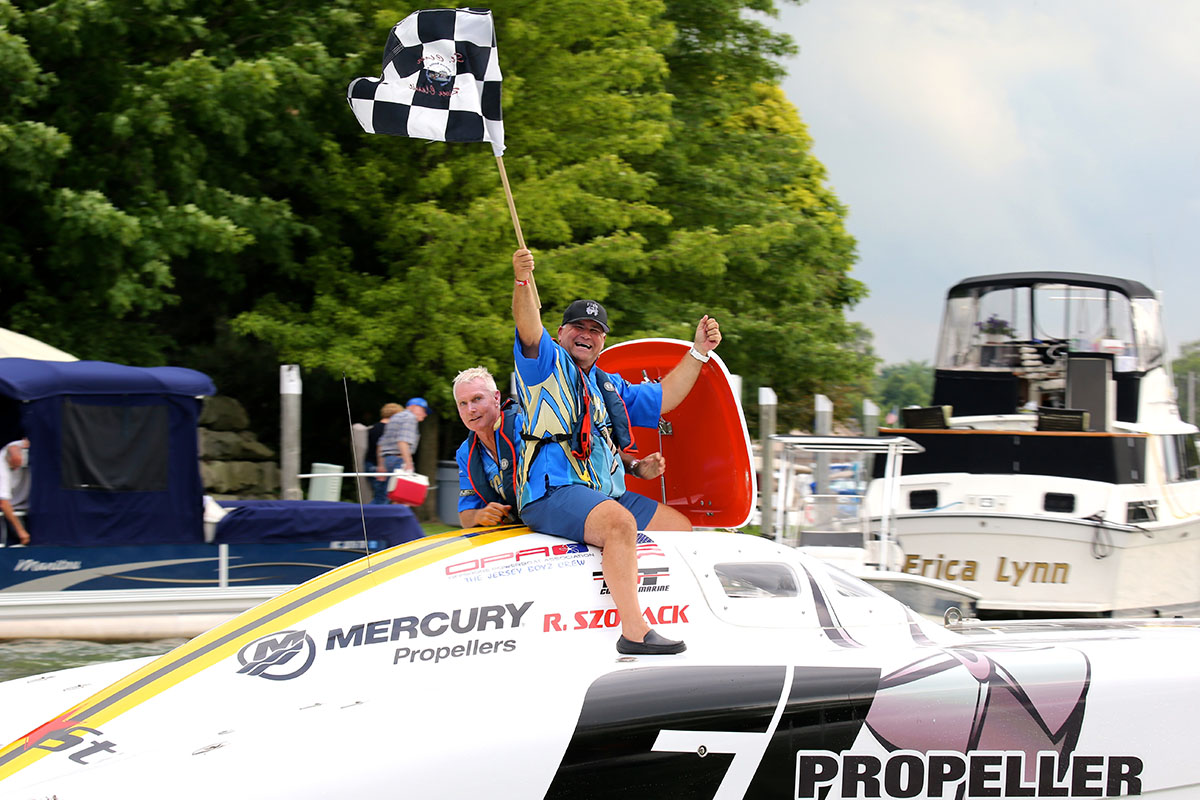 Veteran offshore racer Gary Ballough was on his way to the airport in Detroit this morning when I called him to find out how his weekend went at the Offshore Powerboat Association-sanctioned St. Clair River Classic in Michigan. Just five days before, Ballough on I were on the phone talking about his impromptu ride in his friend Ron Szolack’s mind-blowing, full-carbon 36-foot Skater Powerboats catamaran, and today we discussed his Super Stock-class race victory alongside Szolack, who had never raced before.

“I had a spectacular time in Michigan—all I can say is that I’m glad I arrived a couple of days early,” Ballough said. “I was lucky enough to get to drive Ron’s 32-foot Skater with big JC Performance engines out in the bay behind his house one day. That thing was fast, but compared to the Sterling Performance-powered Skater he and Chip (Miller of Miller Marina) are getting ready for the Lake of the Ozarks Shootout it wasn’t as impressive. The 368 is an animal.

“Seriously, I was speechless getting out of that thing,” he continued. “I’m guessing the only thing I can compare it to is riding in a funny car. I’ve been in several racecars, but never a funny car. You can feel that it is a specific purpose-built kilo/shootout boat with every fire of the pistons. It’s almost accentuated with the way Peter (Hledin, Skater’s founder) laid that thing up. It’s a pretty fantastic piece. I can’t wait to see what they can do once it’s dialed in.”

After a couple days of testing, Szolack said the Flight Club Skater is running well but they have more testing to do before they let it loose on the one-mile Lake of the Ozarks Shootout course. Szolack also said he had a great time running with Ballough in the FJ Propeller 32-foot Doug Wright catamaran powered by twin Mercury Racing OptiMax 300XS engines. (Click the links to read the testing story and the St. Clair race recap courtesy of speedonthewater.com.)

“I was very comfortable running with Gary,” Szolack said. “The boat turns like a slot car so the racing was fun. It was something to cross off my bucket list.”

So does that mean Ballough and Szolack won’t be teaming up again?

“You never know, but it’s unlikely,” Ballough said. “I know Ron had a great time—we both did. St. Clair is such an enjoyable place to race. The whole community comes out and everything is all in one place. It really is a great event. Fortunately Ron did great and the boat performed like it’s supposed to and we got the win.

“For a guy who runs around at 150 mph on a slow day, Ron handled the outboard boat well,” Ballough continued. “He was well prepared, he caught on quick and I know he had fun. Still I think it was just something for him to check off a list. At least he can say he’s undefeated.” 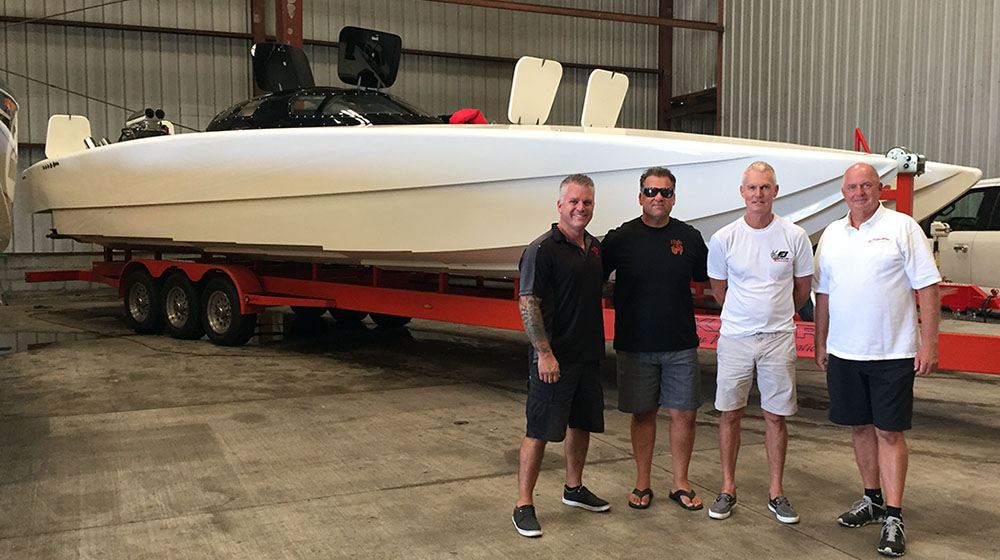 From left: Chip Miller, Ron Szolack, Gary Ballough and Jim Ratza pose next to Szolack’s 36-foot Skater that is expected to run in the Lake of the Ozarks Shootout this month. (Photo courtesy Ron Szolack.)

“I’m sure I lost a little hearing in the Skater,” he said. “That boat was so loud and exhilarating—I’ll never forget the feeling. The acceleration was ridiculous. The only boat I can compare it to is the 36-foot Skater John Tomlinson ran 195 mph in the 2014 Lake of the Ozarks. I got to ride in that boat with Johnny before he took it to Missouri. It was an open canopy so it was a different feeling, but the acceleration was similar.”